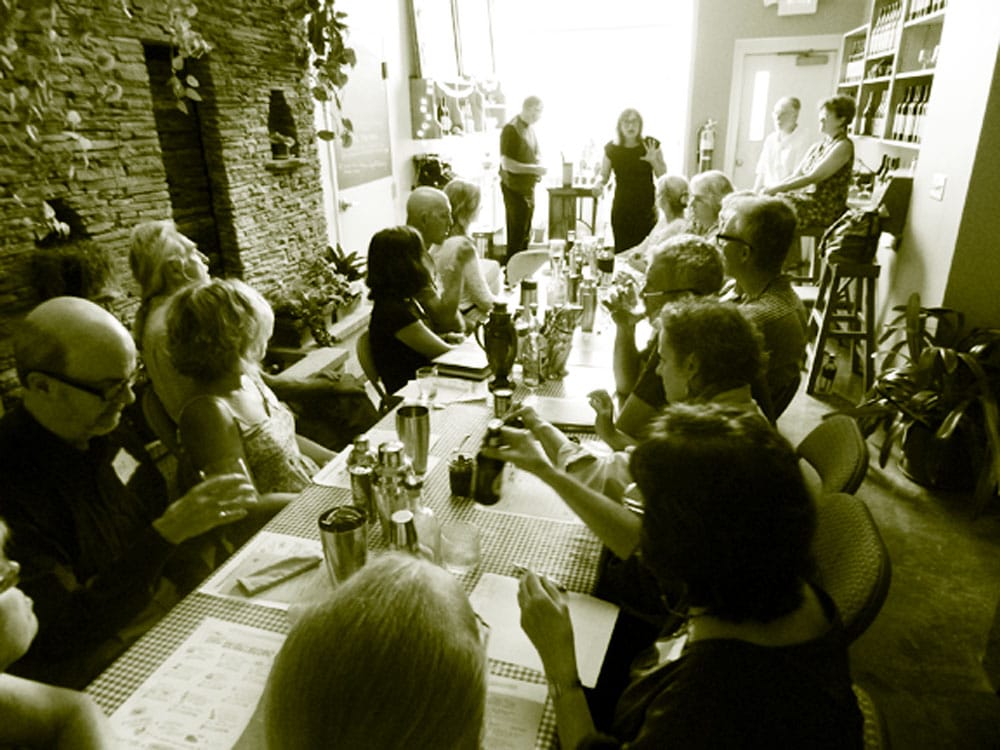 This Fair Game Drink n’ Think session will enact a comparative religious history of the alchemical traditions implicit in the distilling of spirits and mixing of cocktails. The very word “cocktail” originated, in 1803, from descriptions in the Farmers Cabinet of a concoction of spirits, bitters, and sugar ostensibly consumed as a hangover remedy.

All the traditional components of cocktails—alcoholic spirits, bitters, botanicals, citrus, quinine tonic, and sugar—were already combined in folk medicines. Such concoctions originated in European cultural and religious frameworks that privileged magic. Far from being marginal, magical principles and folk frameworks were mainstream in the United States from its earliest Colonial foundations.

America’s Jazz Age cocktail fad further coincided with a well-documented explosion of interest among urban modernists in hermetic and esoteric beliefs and practices, altered states of consciousness, and primitivism. The emergent drinking culture of the United States actively instilled within modernity a range of ancient aspects of religious culture, including many that precede or fall well outside of mainstream orthodoxy.