A Short History of Pecha Kucha in Pittsboro 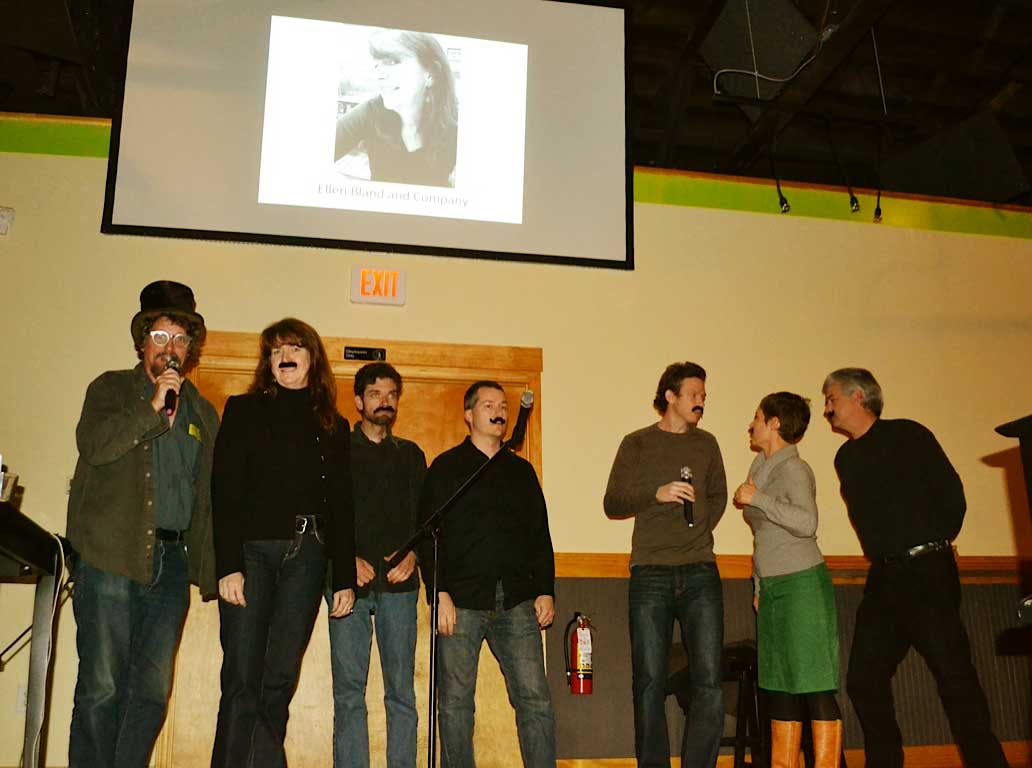 The speaker lineup at a recent Pecha Kucha.

Gary Phillips was on the Board of Directors of Abundance when he discovered the “new” phenomenon that was Pecha Kucha Night. I’m not sure where he was. Maybe Buenos Aires or Sao Paulo, or some place. He gets around some.

He showed up at a Board meeting in Pittsboro and explained that the world was converging on this new kind of speaking gig—apparently tickets were sold out in London, and Paris, and Barcelona.

Pecha Kucha talks consist of twenty slides, each lasting twenty seconds. The slide moves, whether the speaker is ready or not. It is an extremely disciplined public speaking style that was developed by some designers in Japan.

Pecha Kucha has done to PowerPoint what haiku did to poetry. It’s what bonsai has done to ornamental trees. Whatever can be said is done in six minutes and forty seconds. Goodbye bloat ware. Hello precision.

Apart from the unforgiving timing, there are other rules. No advertisements. No words on slides. 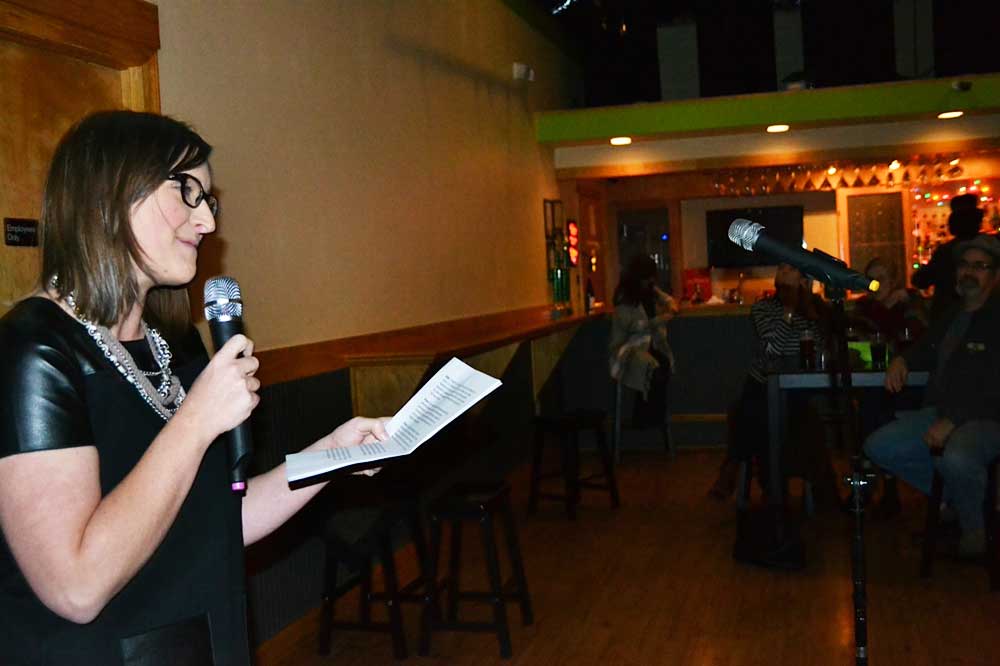 A presentation on marriage equality at the most recent Pecha Kucha night.

Tami dove in. She figured out that in order to be an “official Pecha Kucha” site you had to jump through some hoops with its creators in Tokyo. So she did that, and when Abundance received their official “handshake,” Pecha Kucha Pittsboro was born. At the time it was the smallest town on earth to receive official sanction.

We held the first one at Piedmont Biofuels in Pittsboro, in the warehouse of Eastern Carolina Organics—surrounded by coolers full of produce. My brother Mark bought a keg of beer for the occasion.

For that first one, we did a dress rehearsal. No one told the folks in Tokyo, but Tami got an email from them anyway: “Rehearsing is not allowed.” Creepy.

Off we went. Our first one was staged in October 2008, and we have held about four events a year ever since. By now that’s about seventeen evenings—with about six to eight speakers per night. That’s about one hundred and twenty presentations, ranging from “Why Geeks Will Inherit the World,” to “Courtyards,” to twenty slides on the word “Boom.” 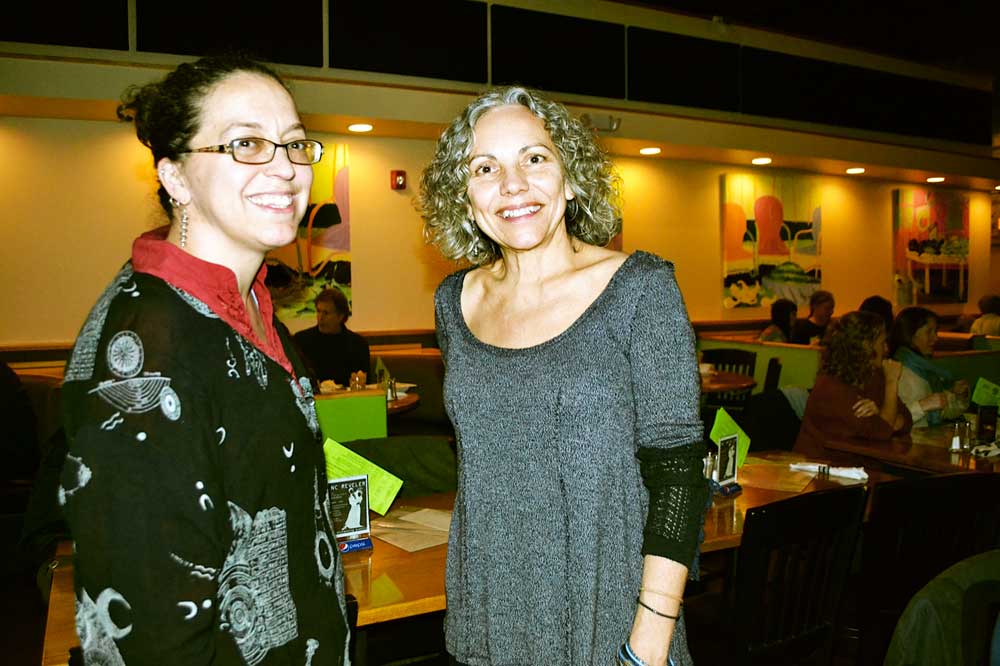 Mary DeMare and Carol Hewitt at a PK night.

At first we moved around. We did one in Bynum, one in Saxapahaw, one in Durham, and at different venues in Pittsboro.

Then we landed at the Back Bar in Chapel Hill, where we lived for a couple of years.

Geoffrey Neal took on the role of organizer and emcee. He’s a performance poet who has been to them all. He’s the guy who delivered a series of Pecha Kucha talks that read the Tarot deck through found objects in his garage. Weird dude. Fantastic poet. Wonderful presentations.

Along the way Geo stepped in with his volunteer recording expertise, and Jenny figured out how to sync sound files to web presentations—so every now and then we get some really cool talks posted to the web. Some of them are on Tokyo’s site—which we think is really cool.

Pecha Kucha is not a moneymaker for Abundance. It was never designed to be that, and we have stayed true to its principles. Nowadays we ask for donations at the door—and often we get a donation from the venue where we hold the event, but it is entirely run by volunteers, overworked Abundance staffers, and raw passion.

Pecha Kucha has become a central part of our small town community. No one knows how to pronounce it correctly, and it is a strange concept on its own, but we have had thousands of audience members enjoy talks about everything from Hippies to Alzheimer’s.

If you have something you are passionate about—something that people would like to hear—and if you can follow the rules—come do a Pecha Kucha presentation with us. You won’t regret it… 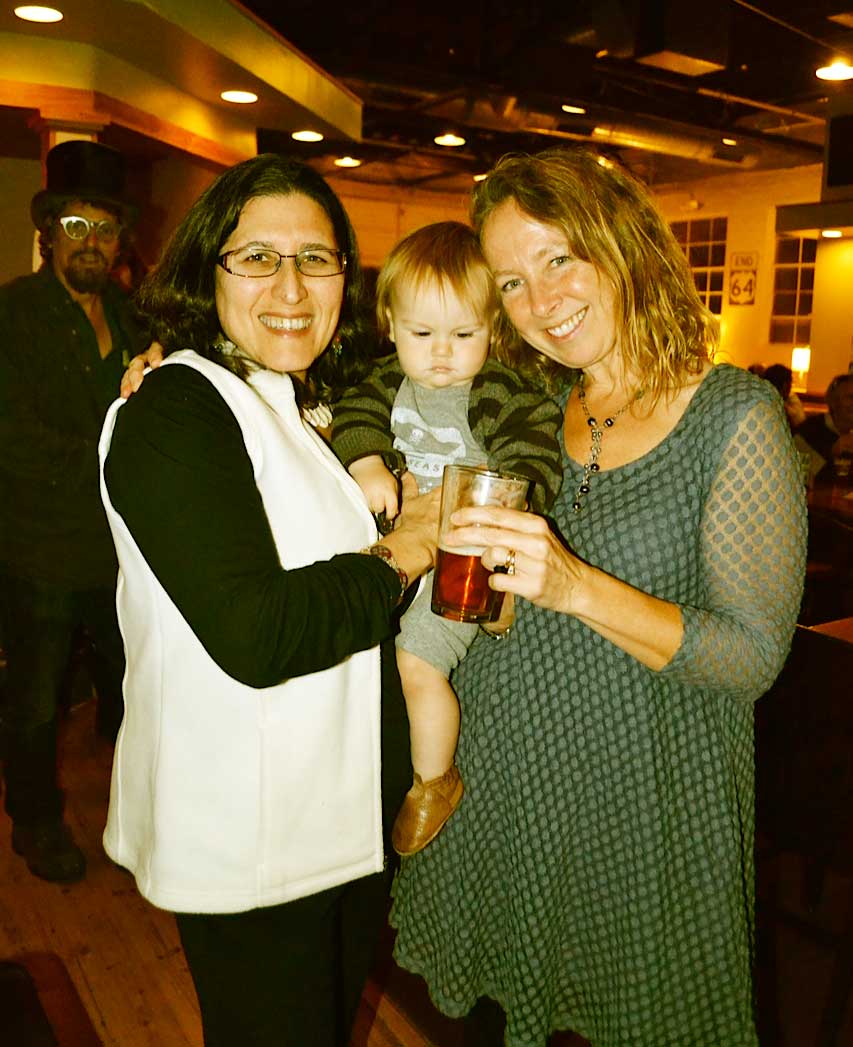 Pecha Kucha is entertaining for kids of all ages. Just keep them off the booze.

The next Pecha Kucha is coming up soon!

Our next Pecha Kucha night will be on Tuesday, March 10, from 6-9pm at the Pittsboro Roadhouse. More info here!