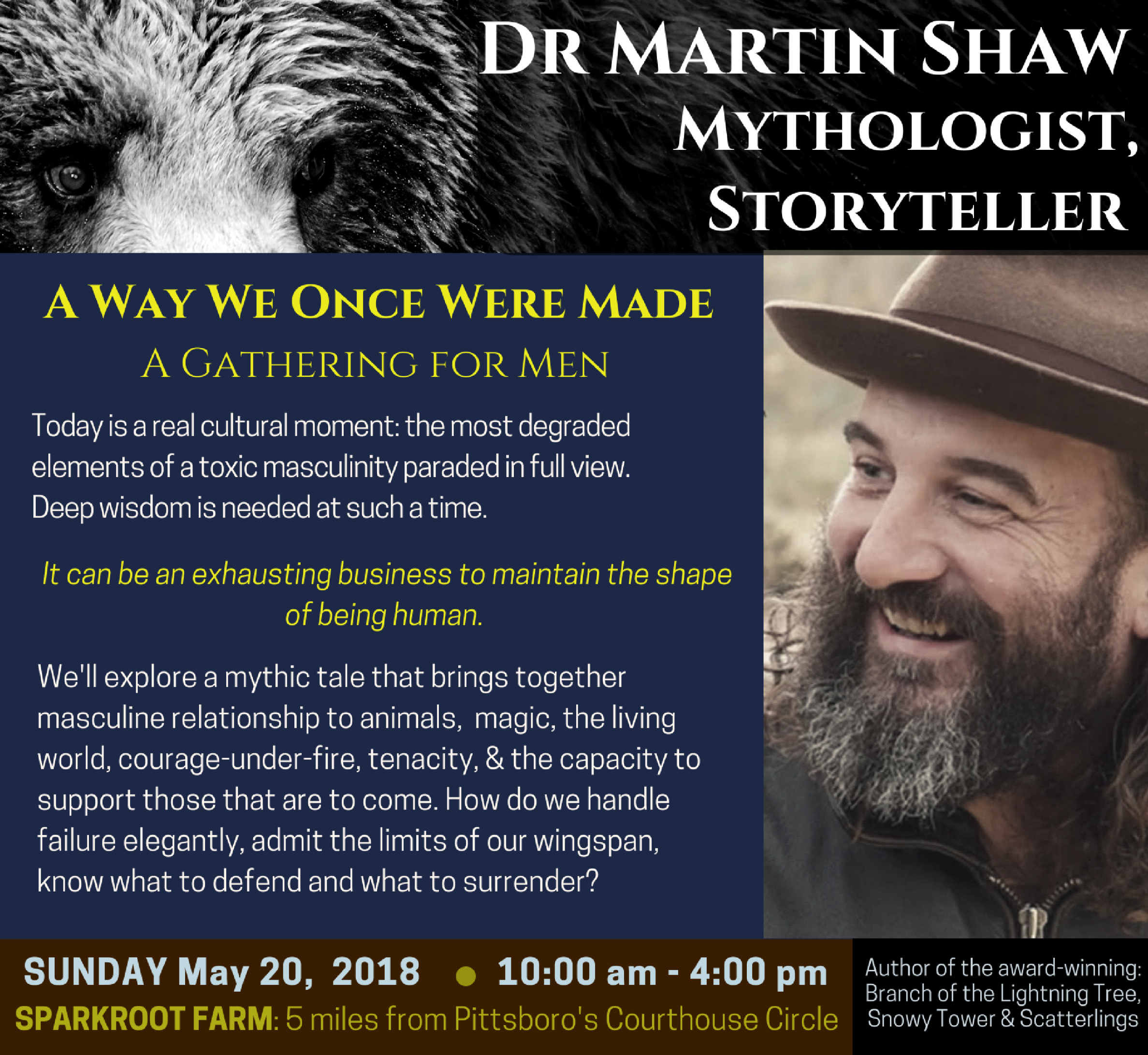 For all of us, today is a real cultural moment: the most degraded elements of a toxic masculinity is being being paraded in the full view of the western world, and a degree of consequence is being metered out. Let it be so.

For men that love and admire women, that are raising kids, and are lovers, sons, fathers, brothers, uncles, mentors, partners, we need deep and profound wisdom to draw from at such a time. How do we rise to this cultural moment gracefully, with acute listening, honesty and capacity for depth?

It can be an exhausting business to maintain the shape of being human.

Myth tells us that women and men may only actually be human for a few minutes a day: that at any moment we may feel the swoosh of a swans wing, the pad of the fox paw or the bellow of the black bear erupt from our bodies. And that some of those animals are exhausted, wounded or in exile. That we’re not just a revolving door of kings, queens, warriors, and the rest of it. It’s more subtle than that, more porous.

So what’s going to happen?

For the large part of the gathering we will explore an old story, a fairy tale. A mythic story that brings together masculine relationship to animals, magic, the living world, courage-under-fire, tenacity, and the capacity to support those that are to come. How do we learn how to handle failure elegantly, admit the limits of our wingspan, know what to defend and what to surrender?

We will track where you find yourself in the story and how you could let it have its way with you. There will be some time in the natural world, and shared conversation between us.

It’s a simple and profound thing. Men sitting together for a while, trying to tell the truth, being soaked in story.

Questions? Would you like to volunteer, sponsor or make an offering to the success of this event? 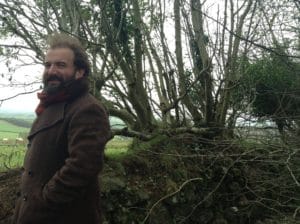 Martin Shaw is a mythologist and storyteller. He is author of the award winningMyth teller trilogy: A Branch from the Lightning Tree, Snowy Tower and Scatterlings, and director of the Westcountry School of Myth in the UK.

He founded the Oral Tradition and Mythic Life courses at Stanford University. For over a decade Dr. Shaw has taught alongside Robert Bly, James Hillman, John Lee, Malidome Some, Daniel Deardorff, at many mens conferences and events. A wilderness rites-of-passage guide, he has worked with vulnerable youth, returning veterans and hundreds of men and women at crossroads moments in their lives.

Dr. Shaw is regarded as one of the most outstanding new teachers of the mythic imagination. He leads a bustling schedule of conferences, gatherings and wilderness retreats over several continents.  He has contributed to Desmond Tutu’s leadership program at Oxford University. Much of his teaching arises from a four year period living in a tent on a succession of English hills.