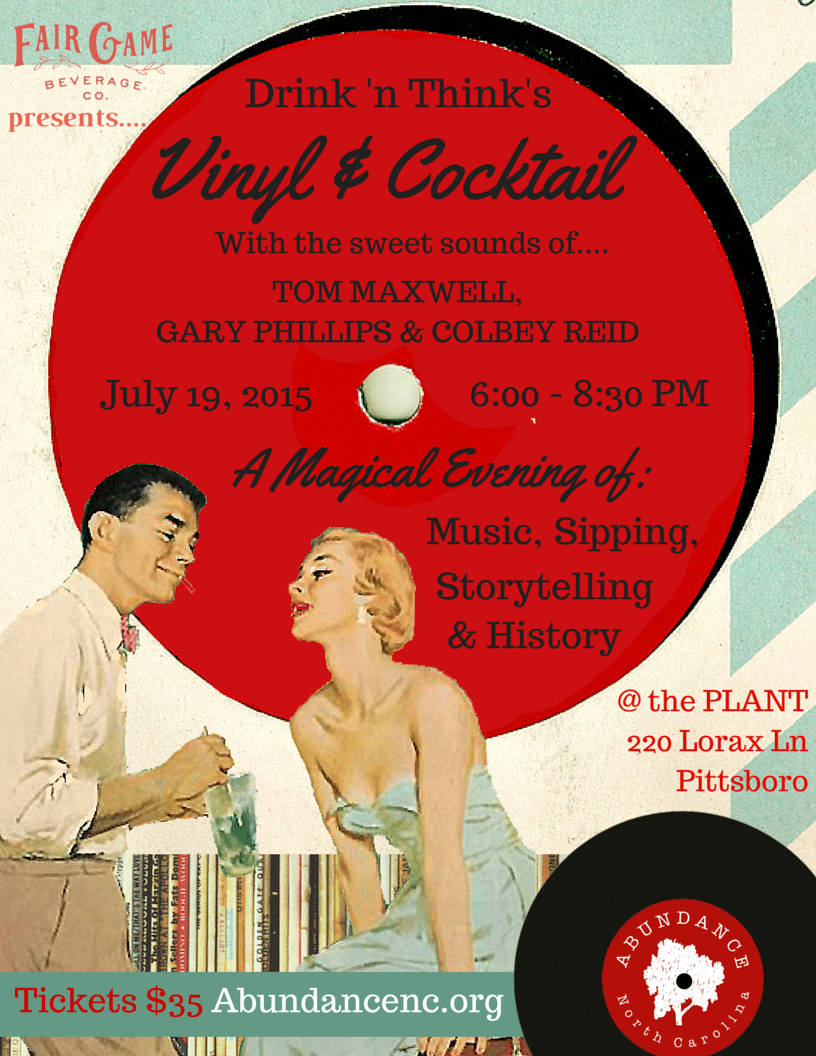 Vinyl and cocktails became almost inseparable by the mid-twentieth-century, when these particular mechanisms of food and drink became key components in human social gatherings. At the final session in the Summer Drink n’ Think series, Fair Game will invite a Triangle musician to select a favorite record to share and pair with an ideal listening-cocktail. Interspersing commentary with original music, sipping, and storytelling we’ll reenact one of the most hospitable conventions of the American mid-century.

Read about the other sessions in the Summer Drink ‘n Thinks Series:

Session One: The Apothecary’s Lab – How did the development of scientific ways of thinking coincide with the birth and blossoming of the cocktail in late nineteenth- and early twentieth-century America? Cocktail mixing rituals borrow from emerging laboratory conventions, and recipes often derive from early American medicinal remedies…. READ MORE / REGISTER