Death Faire 2016 is a CELEBRATION of life, death, and everything in between!  You’re ticket to the event includes some amazing musicians, dancers, and artists alike!  From the quirky to the corny.  The dark to the dastardly.  The reverent to the radical.  Come dance until the wee hours of the dark night!

Get your Death Faire Tickets HERE! 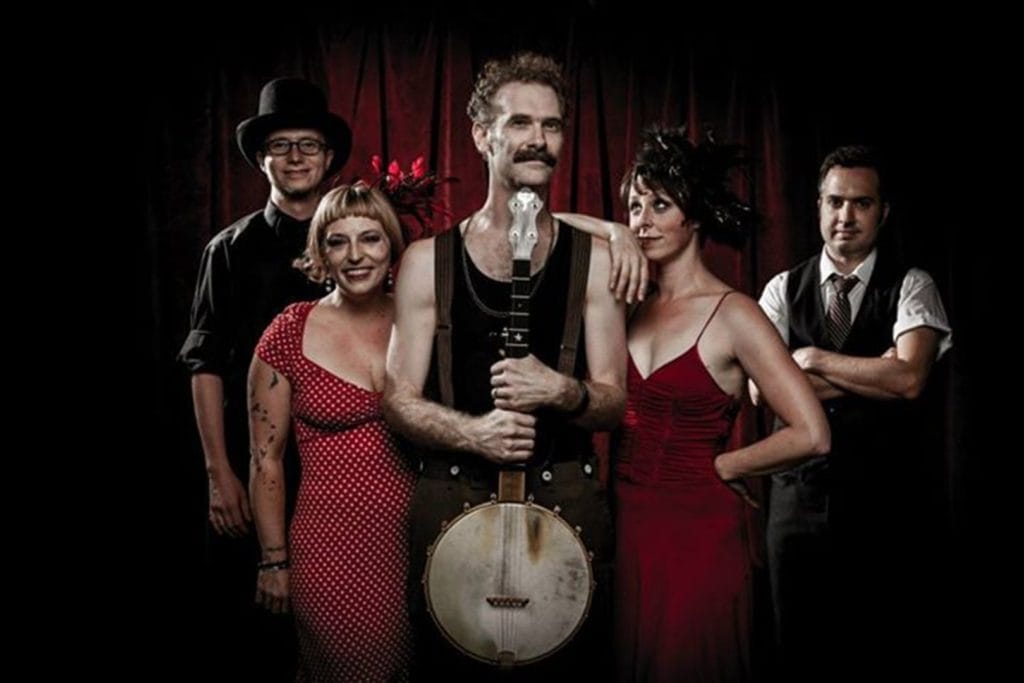 Curtis Eller is a banjo player, songwriter and rock & roll singer. After beginning his show business career at the age of seven as a juggler and acrobat, the Detroit native turned to the banjo and lit out for New York City where he rose to obscurity as “New York’s angriest yodeling banjo player”. Siting Buster Keaton, Abraham Lincoln and Elvis Presley as his primary musical influences, Eller became a staple of the beer halls, burlesque houses and underground theaters of the eastern seaboard. Fame proved elusive.

Having spent years toiling in the musical sweatshops of the industrial north, Eller uprooted his family and resettled in some faded, tobacco town in the North Carolina Piedmont to begin the arduous task of assembling a new version of his band, The American Circus. The latest version of the ensemble is a brutish and inelegant rock & roll outfit specializing in banjo music for funerals, gospel tunes for atheists and novelty dance fads for amputees. A lavish, Hollywood, dance sequence unfolding on the floor of a Chicago meatpacking plant in 1894.

Eller’s numerous compositions describe a dreamlike vision of American history where all points in time have collapsed into one. Past recordings have seen a ghastly parade of historical luminaries, from Abraham Lincoln and Buster Keaton to Amelia Earhart and Joe Louis, sharing the spotlight with a host of Civil War generals and corrupt 19th century politicians.

The group’s latest phonographic recording, “How to Make It in Hollywood”, is a compact collection of glittery show tunes, sentimental tear-jerkers and rock & roll rave-ups whose lyrics are populated with two-bit prize fighters, Hollywood has-beens, lapsed gospel singers and forgotten pop stars.  Put on your dancing shoes! 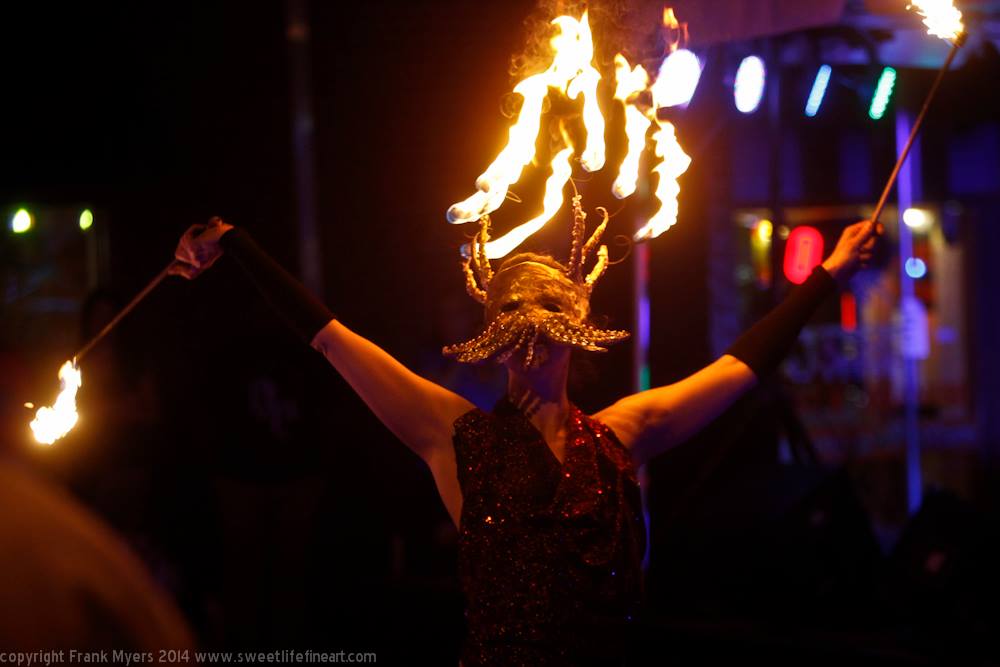 Select performers from the Flowjo Studio of Carrboro will transition the festival from day to night with a powerful fire dance ritual – an extension of Keynote Speaker Daniel Foor’s “Despacho” Ceremony.  Using interpretive dance, acrobatics, flow, and fire spinning – the troupe will help the crowd to release the heavy energy of the day.  Fire implements include poi, hoop, staff, and fans. 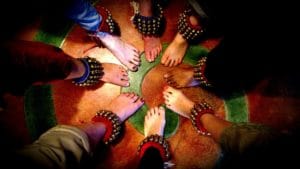 The Flowjo is a space for flow.  Like a Dojo, it is a studio for training, but also shared practice, classes, performances and community events.  The Flowjo hosts classes in hoop dance, aerial arts, dance, acrobatics, as well as other circus & flow arts. The Flowjo hosts schools for circus day; family friendly community dances; traveling artists; circus productions.

We believe that finding deeper expression through dance, play, music and flow can increase contentment, expand possibility and nurture community.  As each of us finds our truest bliss, that spark that makes our heart sing, our world becomes a more beautiful place for all.
There will be space and time for audience participation – come ready to release.
Music will be provided by the Wild Women Drum Troupe of the Boogie Holler Community.  Heavy of bass – light of heart. 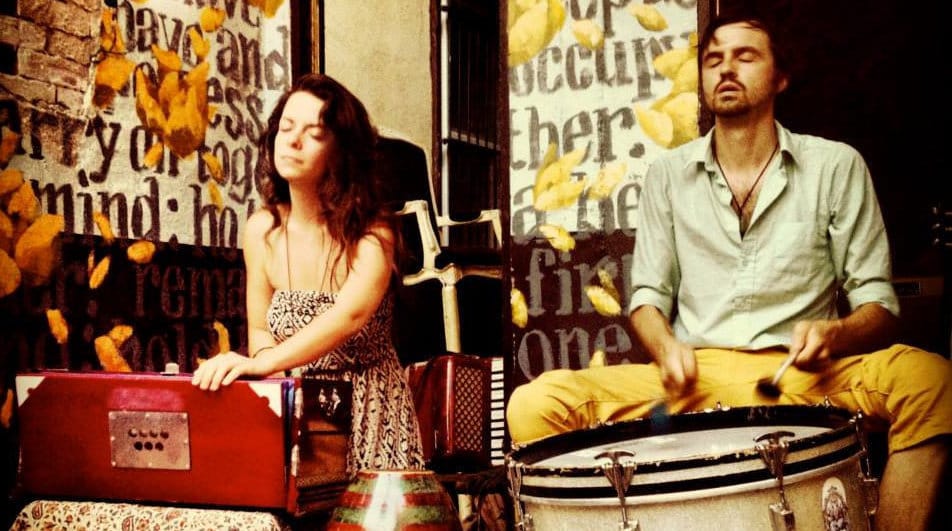 Jameson Price and Laney Sullivan make up Lobo Marino, a Richmond-based duo whose elegantly eerie chant-like intones soar over drone-vibing world-fused folk music built primarily on harmonium, bass drum and various other unique instruments and voices.
Named after the enormous Pacific Sea Lion, their brand of halcyon, experimental folk draws from a rich palette of international influences. Chaotic yet harmonious, their infectious hooks and intoxicating vocals are both hypnotically spiritual and deeply soulful.

Flor y Canto is an artistic ensemble, born from the need and a desire to spread the beautiful sounds of the folk mexican music and the joyful colors of our traditions, however, we are ready to take you into an amazing journey through the folkloric richness of our Latin America. We are Flor y Canto: Poetry in movement! 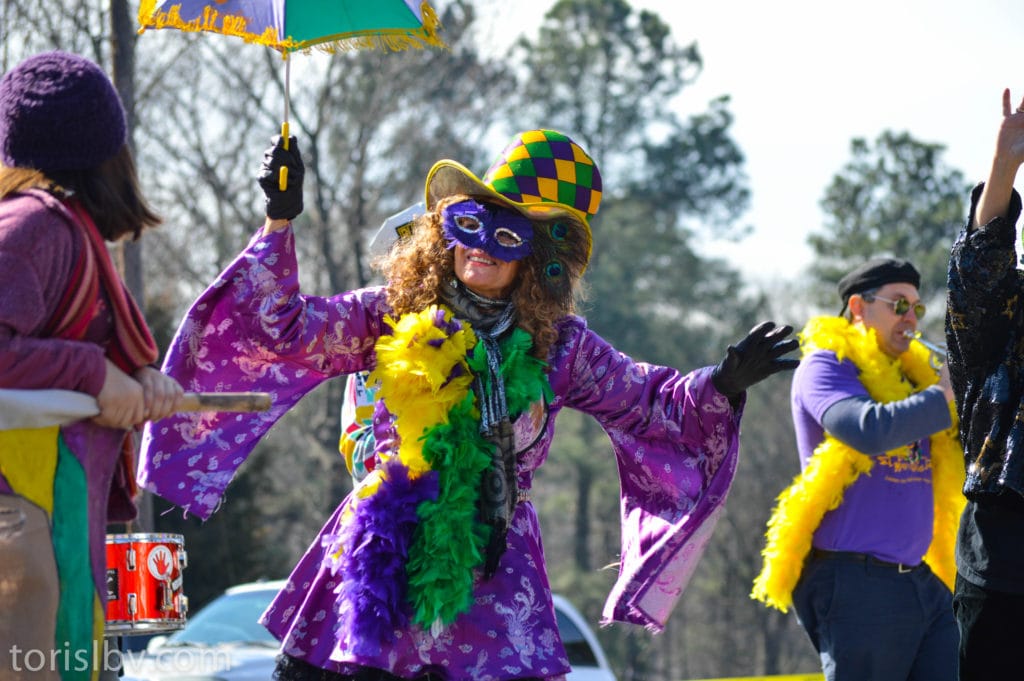 The Durham-based Bulltown Strutters bring the party and shift it into high gear with their raucous mix of old-school New Orleans classics and new-school New Orleans funk, powered by a massive horn section and an extra dose of Durham craziness. A street band? You got it. A stage show? Sure.  Parading inspired by the finest in New Orleans Second Line traditions? Absolutely!

Over the years, this community band has built up a loyal following of fans who don their feather boas, wacky hats and sequins (or maybe just jeans and t-shirt) and come out to dance, get happy, make a toast and maybe make themselves hoarse singing those old tunes that you didn’t even know you knew all the words to. 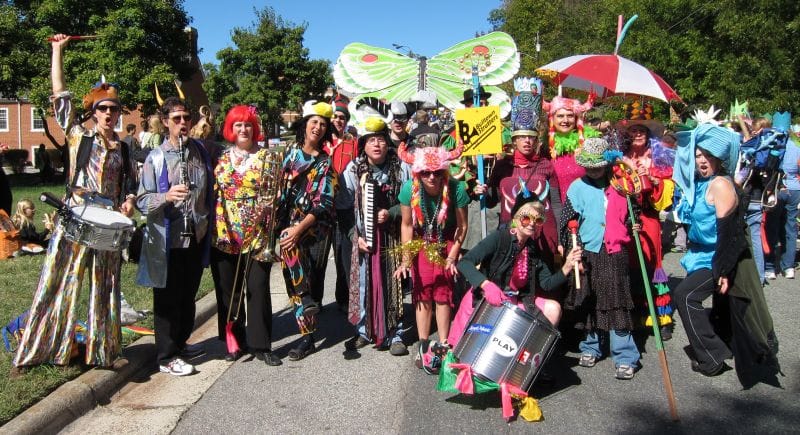 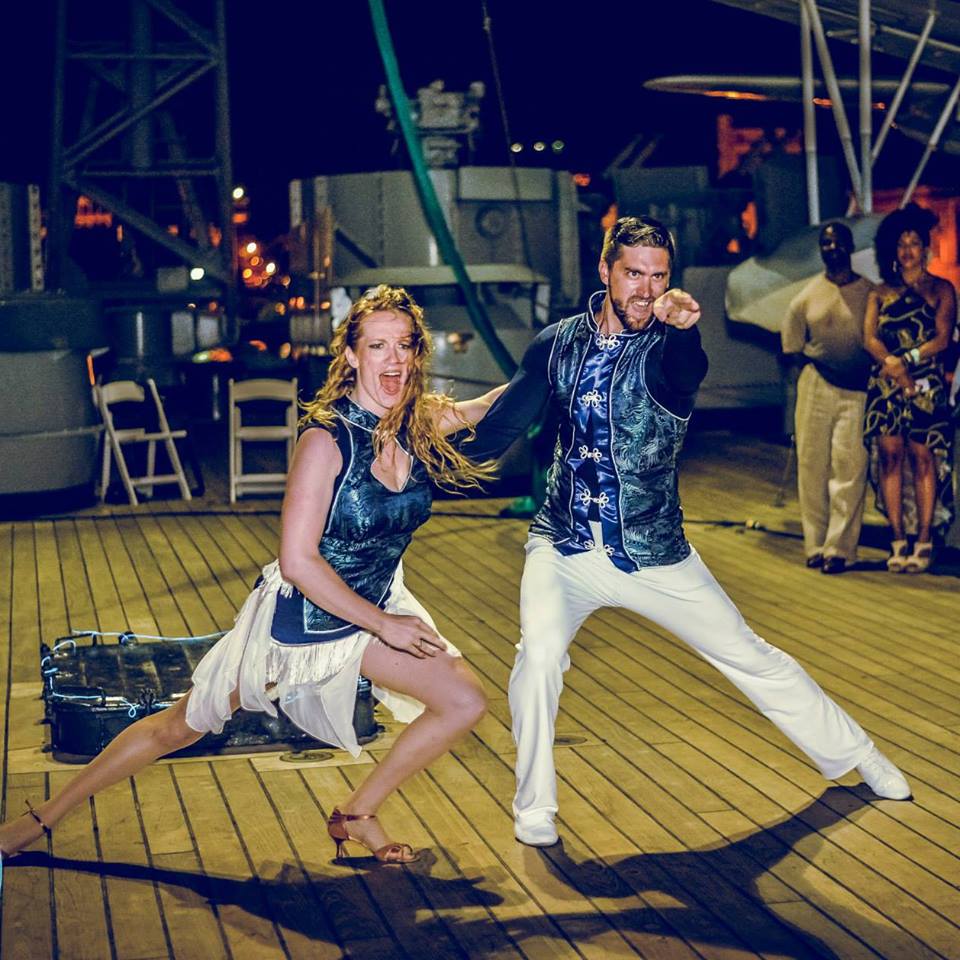