Connecting with Youth Leaders at the Climate Justice Summit

Beth and I spent November 21st and 22nd at the NC Climate Justice Summit (NCCJS) in Haw River State Park at Brown’s Summit. The NCCJS was the first multigenerational, community-led, climate justice conference in North Carolina. More than 100 student and adult community leaders attended the summit to learn ways to connect social justice issues with climate change. The NCCJS sought to answer two questions: “How do we manifest climate justice in North Carolina?” and “How can we make all of our communities more resilient?”

Beth and I had the opportunity to participate in workshops led by student leaders of diverse backgrounds from across North Carolina and to hear their perspectives and presentations throughout the weekend. Some of the most fulfilling moments of the summit took place during the breakfasts, lunches and dinners with incredibly insightful, motivated high school youth. The weekend was very inspiring. 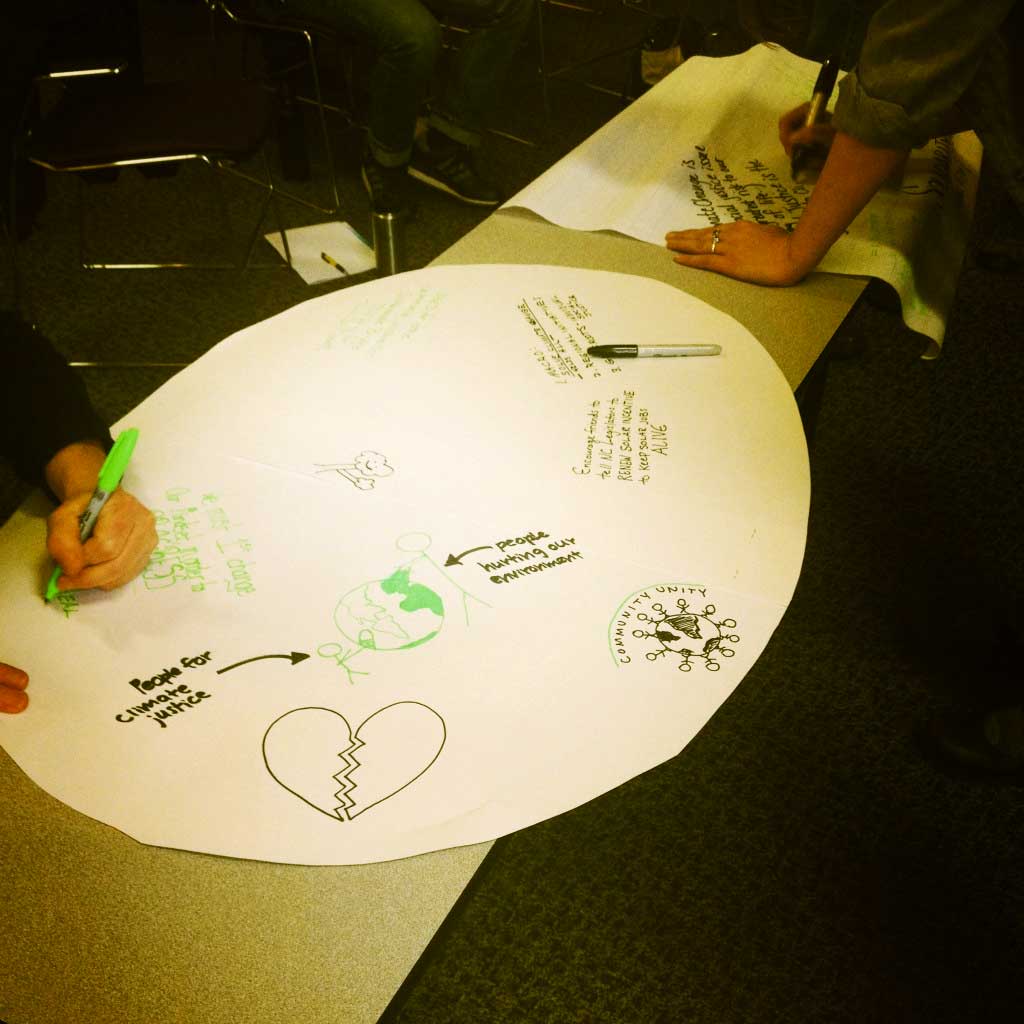 The NCCJS kicked off with a day-long Racial Equity Basecamp – “because we’ve got to make it to base camp before we make it to the summit.” The keynote speaker, Jacqui Patterson, Director of the NAACP Environmental and Climate Justice Program, gave a presentation on how to create a climate change movement that engages everyone.

The summit’s sessions the next day were on climate adaptation topics including water, energy, transportation, health, affordable housing, green jobs, food, and land use. Concurrent sessions covered many key topics on “inner resilience,” such as self care in hard times, peer counseling, and healing cultural trauma. Another concurrent session had the theme of “outer resilience,” with workshops on community planning, emergency preparedness, urban agriculture, and one entitled “The Dos and Don’ts of Green Job Creation.”

In a workshop entitled “Green Jobs/Economy,” I had the opportunity to meet youth who are part of an organization called Growing Change that is reclaiming an abandoned North Carolina prison site by converting it into an educational center and sustainable farm and to reclaim young people at risk of falling into the criminal justice system. 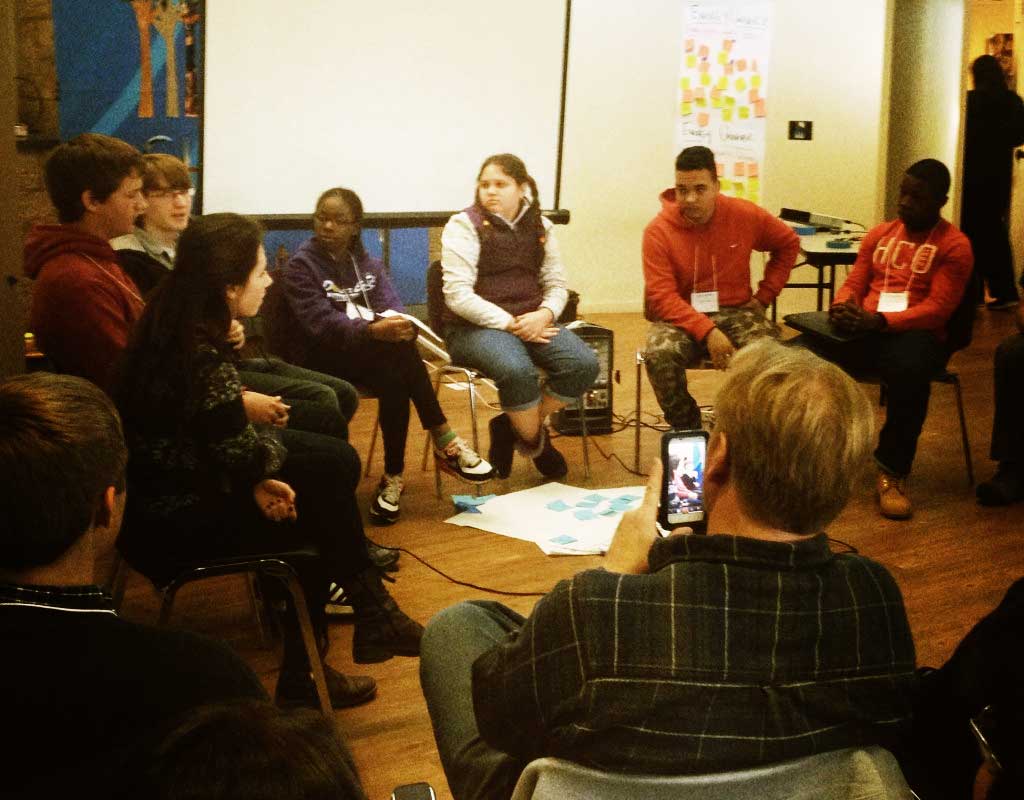 Terrance, above and sitting furthest right, said that he had been in a lot of trouble when he was thirteen years old, but was now able to take advantage of several positive opportunities that he’s gotten through Growing Change. He’s a mentor to a number of youth now, and say’s he’s learning valuable entrepreneurial skills that he can apply to his future “green collar” career. One of Growing Change’s goals is to sustain positive health outcomes, environmental awareness, and community engagement for our region.

The NCCJS was organized by a leadership team composed of the Alliance for Climate Education (ACE), 13 high school students and 10 adults from across the state and is “a grassroots group of community leaders, educators, and organizers who are committed to building a diverse climate justice movement in North Carolina,” according to the NCCJS website. Don’t miss out on the 2nd annual North Carolina Climate Justice Summit next fall of 2015!