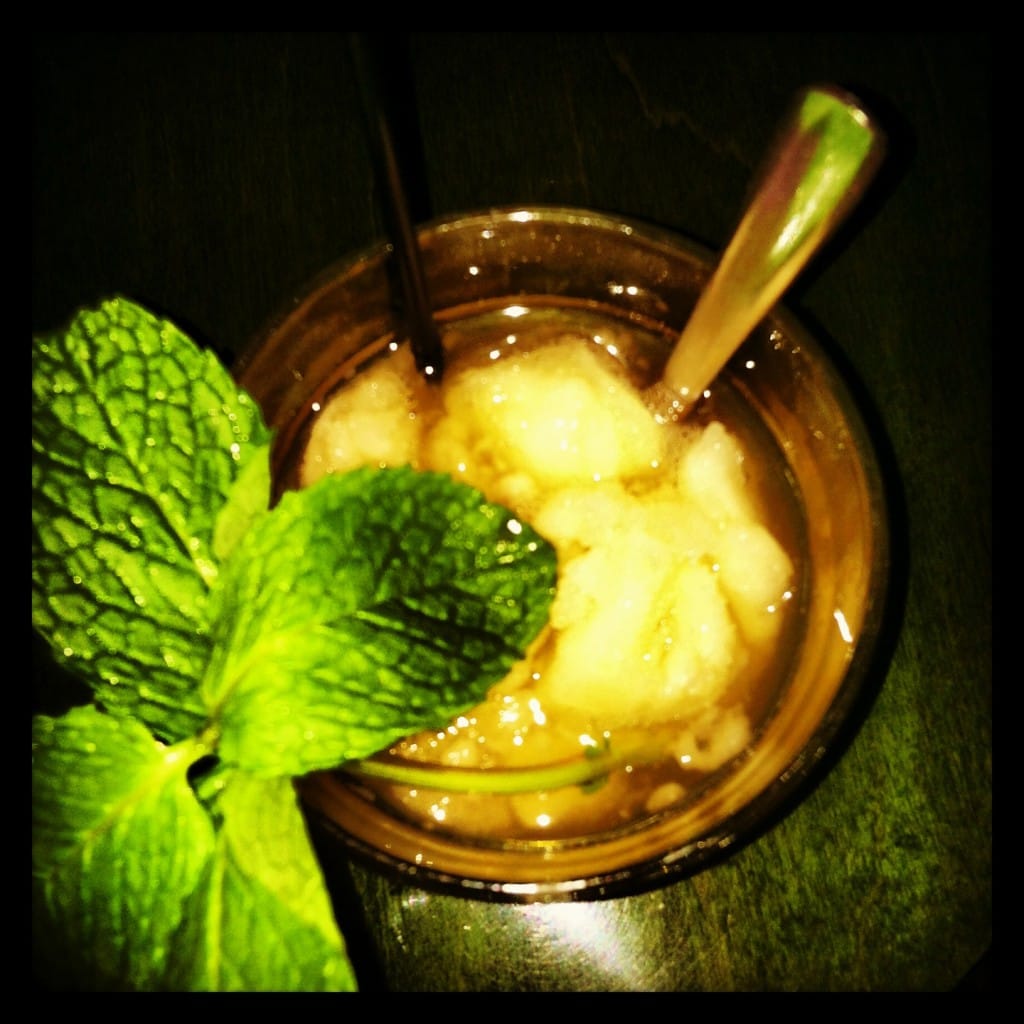 In Culturematic… (2012), the MIT marketer-anthropologist Grant McCracken advises companies to do more than respond to contemporary culture. He urges them to try their hands at making it.  They can do so, he explains, using culturematics, or “culture-making machines.” These tools aren’t combinations of silicon and plastic made by some pioneering engineer in an H.G. Wells story. They are little attempts to launch ideas, many of them and all at once, simply sending them out in the world to see what happens.

In other words, corporate innovations are subject to the same rules as writers: put an idea out there, and wait to see if anyone likes it. Nobody will pay attention to most of them, so industries should hedge their bets.  By putting out lots of ideas as they think of them, companies can be authentically inventive without taking on potentially crippling risks.  In doing so, they can simultaneously manufacture new product and service designs right along with the culture in which their innovations succeed. Designers call the practice “co-creation,” a process in which makers and users collaborate in the development of new products and services.

Create new culture without the risk:

McCracken offers a formula for how this works. Call it a “culture analytic.”

It goes like this: take something. Take something else that’s different. Add them together, and send these strange new things out in the world. See if anyone likes them. If not, stop doing that. If so, you just made culture, and you will probably make money, or (like Facebook) more than money.

In the book, McCracken makes a chart of combinable opposites to use as inspiration. He urges would-be culture-makers to try them out, but while keeping a few guiding principles in mind.  Effective culturematics, for instance, will be inherently interesting, narrow in scope, and feel like accidents. There should also be something contagious about them: people need to want to try them.

The term “culturematic” might be new, but the concept is ancient. The Greeks’ philosophical drinking parties, called symposia, have all the requisite parts. First, they combine two apparently opposite acts: drinking and thinking. Since people tend to associate drink with drunk and drunk with stupid, the idea of an ancient “Drink n’ Think” sounds improbable, and therefore alluring.

Like a good metaphor, the combination is all wrong, but also feels intuitively right. The juxtaposition of a “yes!” and a “no!” causes the mind to cast about for understanding. This is an inherently poetical act, one inspired by the very idea of the Classical symposium.

The Greek symposia were designed to encourage conversation among citizens. We tend to think of parties as private acts, and as opportunities for escaping rational thought. But the Hellenic symposium was once an important social institution, where the act of drinking-together acted simultaneously as a kind of religious and civil ritual designed to promote playful thinking and provide an opportunity to try out ideas on others. In this way, the events made something big and difficult (social engineering) into something small and fun (a party).

The combination of social experiment with play feels too strange to be intentional. The use of drink to inspire ideas also gives each symposium, and any product of it, an accidental quality. Call it innovation’s unconscious. And of course, nothing is more contagious than a good party. Parties are all about invitations; they only happen when invitations are accepted, so approval is built into the event. 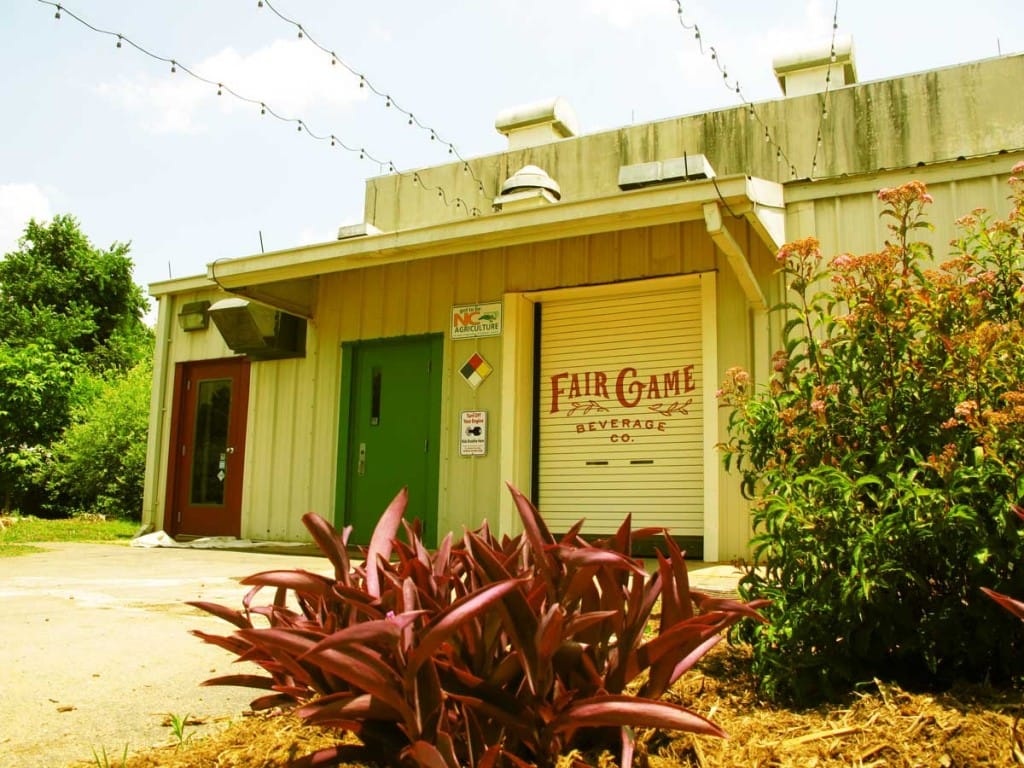 The Fair Game Beverage Company is a new distillery located in Pittsboro, North Carolina, in the same eco-industrial park as Abundance NC.  Fair Game manufactures local spirits in a state that legislates strict liquor sales and manufacturing restrictions, in a region where craft cocktails, big thinking, and globally-oriented technical entrepreneurship are all the rage.

Beginning in early September, they will sponsor Abundance NC’s launch of an ongoing Drink n’ Think symposium designed to revive the ancient Hellenic practice of using drink as a tincture for exploring new ideas and testing them out in gamesome conversation with others.

•    learn about aspects of western drinking traditions that have been suppressed, but still have have value, in our time
•    learn to mix – and taste! – featured cocktails made with locally distilled spirits
•    renew the ancient practice of using cocktail consumption to promote conversational communion

The launch of the Fall 2014 Drink n’ Thinks will coincide with the beginning of the academic semesters at NCSU, Duke, and UNC. Colbey Reid and Gary Phillips will lead the workshops. They are, respectively, an NC State professor and Chapel Hill mixologist. Together, Reid and Phillips will explore the art and rituals of distilling, fortifying, blending, and aging.

They will also explain specific religious and civil traditions that inform American, and Southern, attitudes toward spirits. The sessions are designed to help participants figure out how taste literally functions as social glue, by sampling wines, spirits, and cocktails and investigating the range of lost cultural contexts that have, historically, shaped the simple act of mixing drinks.

As a culturematic, the success of the contemporary Drink n’ Thinks is yet to be determined. But the beauty of the culturematic, like the Greek symposium, is that the success or failure of each structure works a little like American Idol, without the panel of expert judges.

That is: if you like the idea, “vote” for it by signing up for the Fair Game workshops, commenting at the bottom of this post, starting your own series somewhere else, or coming up with some other way to register your approval and participation.

Here is a summary of the upcoming sessions:

Local/Global Mixology (Sunday, Sept. 7, 4-6 p.m.)
Fair Game Beverage Company is committed to making quality wines and spirits from local feedstock in a way that supports local farms, local businesses, and local people. Each sip of the Company’s NC-grown and produced wines, ports, cordials, brandy, and sorghum cane spirits allows visitors quite literally to taste and absorb something of the beverages’ place of origin…

Cocktail Alchemy  (Sunday, Oct. 19, 4-6 p.m.):
This Fair Game Drink n’ Think session will enact a comparative religious history of the alchemical traditions implicit in the distilling of spirits and mixing of cocktails. The very word “cocktail” originated, in 1803, from descriptions in the Farmers Cabinet of a concoction of spirits, bitters, and sugar ostensibly consumed as a hangover remedy…  Read more.

Prohibition & Repeal Day Party  (Sunday, Dec. 7, 4-6 p.m.):
This workshop explores what Prohibition reveals about the cultural energies and desires brought into greater relief through repression. That is: Prohibition, a historical episode, actualized a philosophical attitude. Tonight we’ll endeavor to understand that attitude by examining its origins and antitheses in a thinking and drinking party that commemorates the Repeal of the Volstead Act on December 5, 1933…  Read more.

This article is adapted from an entry dated August 16, 2014, on Colbey Reid’s blog, Avenir – Art & Ideas that Connect.