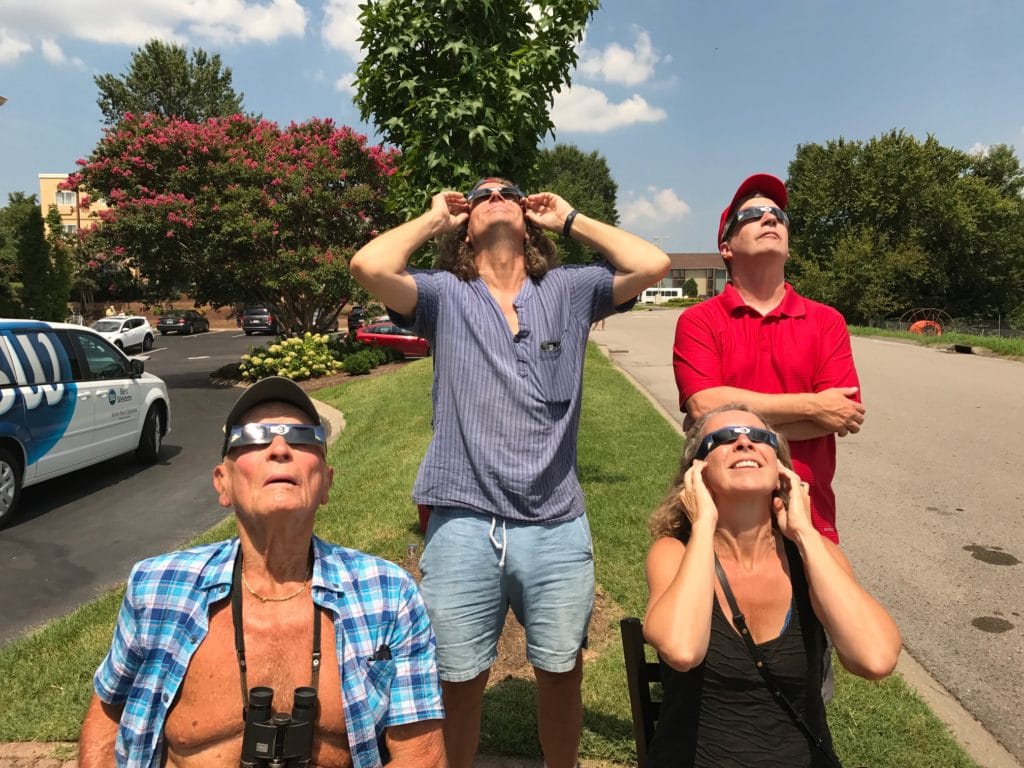 About ten million of us headed to the “Arc of Totality” last Monday to see the solar eclipse.  Tami and I went to Nashville to meet my brother Glen and Bill Klein who had traveled from Canada for the event.

We booked into a crummy Best Western by Opryland—surrounded by a sea of “breakfast” included joints.  Hardcore eclipse chasers would want to be surrounded by birds and wildlife—which apparently would fall silent at the moment of totality.  We had none of that.  The closest we came to “nature” was the crepe myrtle tree that fascinated Dr. Klein.

Hardcore eclipse chasers would want a big western horizon for increased drama.  We looked out on a construction site.  They appeared to be building yet another cheap hotel.

As the hour approached we headed out onto the chemical lawn, with heavy chairs we had pinched from the buffet, and made camp alongside many others.  On the pavement next to us a fellow was all decked out with a telescope and film gear.  Beside him a mother and daughter sat on a decorative rock.  Families appeared all over the parking lot.

Total strangers, from all over the world, we were communing for about one hour together in honor of a rare celestial event.  When the shadows cast by the crepe myrtle turned to half moon shapes, I pointed it out on the tarmac to a couple near us.  They loved it.

So I walked to the next group, and showed it to them.  Everyone seemed to like to take a break from looking up through their protective eye gear, to marvel at the moon-like shadows on the parking space.

As totality approached, the wind picked up.  Everyone started chatting about why that would be.  When the temperature dropped we talked about that too—rather thrilled by it all.

We were total strangers bonding together over little things.  Those with telescopes readily shared with those who lacked equipment.  Beer and champagne came out and was passed around.  Collective cheers went out at certain moments, like the appearance of the “diamond ring.”

Not everyone participated.  Some folks drove by and stared at us as if we were weirdos on the lawn.  A construction worker across the street diligently ran his skyjack as if nothing were happening.  Getting his job done.

There were rounds of applause.  One was for the Best Western staff that not only allowed us to borrow chairs, but also shut off the parking lot lights that went on as darkness approached.

Other rounds of applause were less clear. Perhaps they were for the moon that did its job so well.  Perhaps it was for the sun we had come to worship.

Maybe the applause was for us, who had formed a temporal community to celebrate the awe of living on this garden planet. 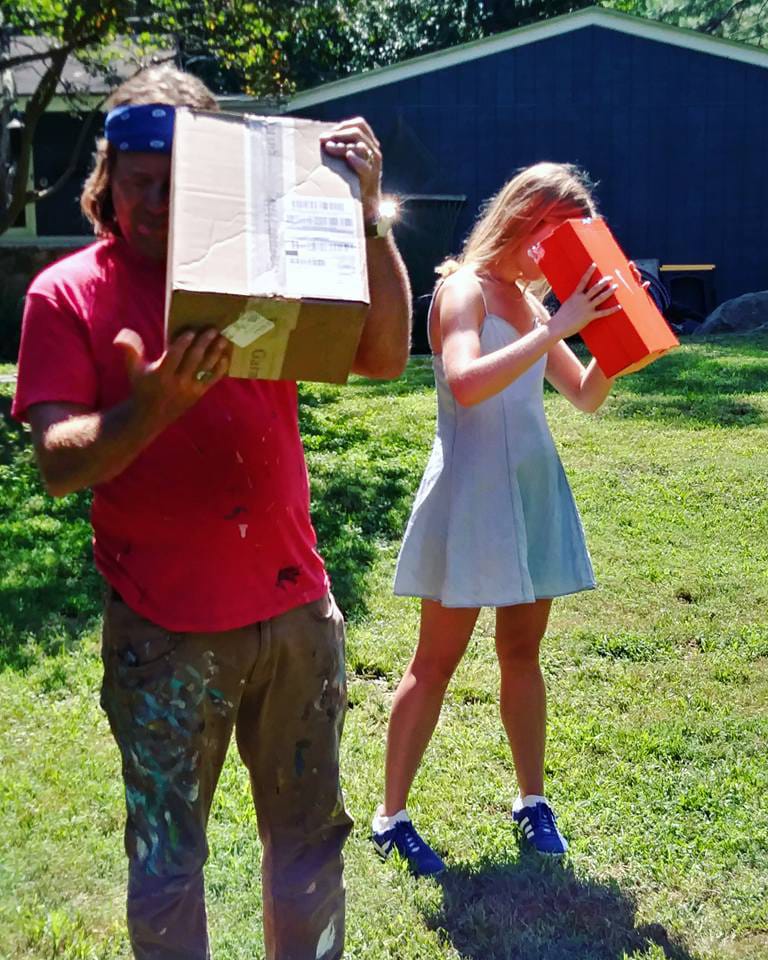 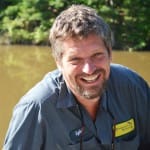 Lyle Estill is an industrialist, a writer, a father, a husband, a community builder.  He has founded companies, grown enterprises as an intrapreneur, and has traveled successfully through the business world for several decades.

He is known for his many blog, books and boundless energy.