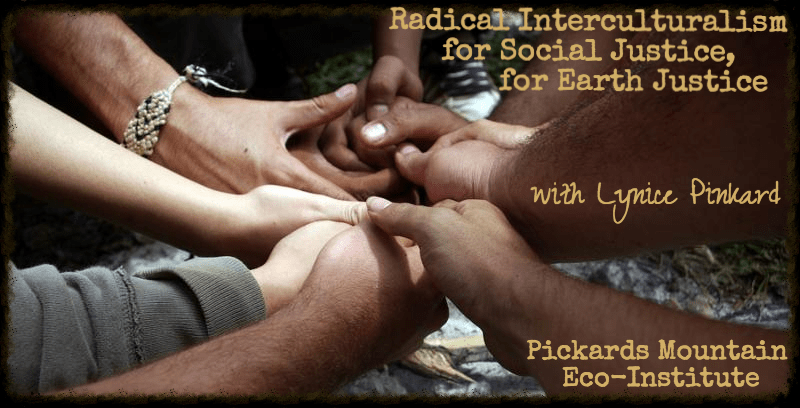 Social Justice and Earth Justice are denied by the Exploitation of People and Planet by the Industrial Growth Economy.

There is a better way forward.

Join us for this extraordinary gathering of cultural change agents and regional activists.

“We are being called to the work of scandalous love–love that is difficult, daring and dangerous. I believe that real love is the only thing in life worth suffering for. And, if we can bear it, if we don’t quit, if we don’t hide, this love will seed mass movements that have the power to transform our failed economic, environmental, social and political systems.”

-Rev. Lynice Pinkard is a pastor, healer and teacher in Oakland, California, dedicated to decolonizing the human spirit and to freeing people from what she calls “empire affective disorder.”

Reverend Lynice Pinkard was born to interracial parents at the height of the Civil Rights Movement, was bullied at inner-city schools for looking “too white,” and grew up singing gospel at evangelical revivals. Later she moved to a white suburban school where she encountered the privilege of what she calls “white ubiquity:” the acceptance of the dominant white narrative as the only legitimate American way of being.  She dropped out of law school at Berkley to heed the call of the ministry. She holds three master’s degrees: two in religious studies and one in counseling psychology. In 2002, she become the senior pastor at First Congregational Church of Oakland, a predominantly white church, and moved the church toward what she calls “feral Christianity.”  She now serves as a volunteer and board member at a food-aid organization (sharefirst.org) and the community-training institute Seminary of the Street (seminaryofthestreet.org).