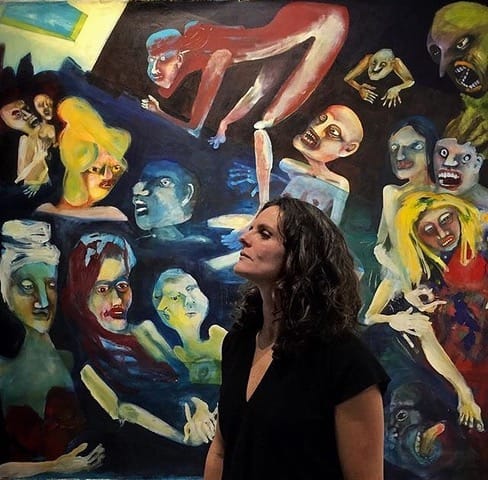 About a year ago, a friend of mine shared a call for Fashion Designers to participate in a Collective Runway Show. It was called: East Coast Runway by Abundance NC’s Think Again Series: Fashion, Farmers and Fiber. The venue was “The Plant” an eco-industrial park/campus, a mile away from downtown Pittsboro, NC.

I had never been in a Fashion Show I did not design and produce but had a series of sladesign pieces that fit the theme of the show.. . so I decided to submit in order to participate. I was in.. . .most of the other Designers were students from NC State University, including Arlo Estill, who ran the show. That is how I met the people behind “The Plant”: Tami Schwerin, Executive Director of Abundance NC and Lyle Estill of Fair Game, Arlo’s parents.

A few months later, I saw Abundance NC was looking for help with their 3rd Annual Death Faire. Within a couple of weeks I interviewed with Tami and Hannah and joined the Abundance NC team for Death Faire as Event Coordinator.

During a briefing and brainstorming session, I was asked to think about other activities that could be incorporated into the Faire to make it interesting. I suggested an Art Show of people who had been taken by Death, portraits or a therapeutic workshop where people could paint while expressing grief, loss, love…or any feeling they had from losing someone.

Tami spoke of Building 3 as a possible space for the Art Show. The building used to be an aluminum smelting plant for Inco Alloys, manufacturer of parts for fighter jets and most recently had housed the reactor building for Piedmont Biofuels. She said it was smelly and dirty but when I saw the place I nearly lost my mind to the possibilities that started overflowing. Wow! I was to coordinate and curate a show for Death Faire.

Tami spoke of Cathy Martin, an Artist who lost her son to opioids and now dedicates herself to painting people taken by the epidemic. Martin donates the pieces to the families left behind and uses her work to raise awareness and heal. Tami had come to know of her because Martin had painted a portrait of Zafer, Tami’s son who also died of opioids. It had been a supernatural encounter right before the 1st Death Faire. Tami’s friend had come across Martin’s studio and Zafer within Martin’s portraits. She mentioned it was her friend’s son and Martin asked her to please take the piece to Tami, where it belonged. Tami’s friend brought the portrait to “The Plant” and placed it in the Abundance NC office while Tami hardly could believe her eyes.. . .she said it was like Zafer was saying: “Go Mom Go!”

I found articles and information on Martin through the internet and eventually got her on the phone. I explained what Death Faire was about: healing, dealing with the logistics, sustainable and eco burial options, end of life options.. .why it shouldn’t be a taboo to talk about or plan Death and more. Martin was hesitant at first because she had just been at a conference in Washington DC with regards to her work and was exhausted . ..but as I continued to reach out, she was in.

Portraits by Cathy Martin was the pilot show for what Smelt Art Gallery is becoming. We lit the space with very few chicken lights and lined the walls with candles. It was perfect and a highlight to Death Faire.

Since that pilot show, I curated another show for Abundance NC’s Think Again series: Love Faire/Conference with which we also had the Grand Opening of Smelt. The Love themed show was a collective of 17 Artists, half from Orange County and the other half from Chatham County, a mix of renown, up and coming and folk artists…perfect for love.

Smelt is not your conventional Art Gallery. Little by little it is becoming a very chic gallery with me behind the wheel. It will serve as an Art Space for the Piedmont Region with innovative, multi-cultural, multi-discipline Art Exhibitions and Events. 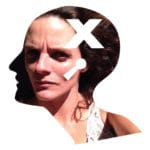 About the Author: Marcela Slade

I owned two galleries in the Barri Gotic of Barcelona, Spain from 2005-2008. The galleries housed my studio and my husband’s Architectural practice as well as other Artists and Designers studios.

Those spaces were also abandoned jewels that we turned into amazing Art Spaces and until this day work as Art and Cultural spaces. Many of the Artists and Designers I promoted are successful and renown in their careers today, such as Zosen, who currently is being represented by Base Elements of Barcelona and el Xupet Negre was using our first gallery as his studio space during our last visit to Barcelona in November, 2018.

In Quito, Ecuador I owned and operated xerrajeros galeria studio shop, (2013-2016) dedicated to the sales, promotion and education of Art, Design and Architecture. I curated and designed shows on a monthly basis with openings.  .. promoting, marketing, and hanging/installation myself. Some of the Artists were up and coming, others renown Nationally and Internationally. Motomichi Nakamura who is currently in Brooklyn, NY making it BIG, Carlos Echeverria Kossak, who recently had a collective show at the Louvre in Paris, shows at Art Basel and has published 2 books since he last showed at xerrajeros. Luigi Stornaiolo, a Venice Biennale participant and my mentor for 3 years, Miguel Betancourt, Hayes (Harrison Deller), Washington Mosquera and many more.. . .

Through these experiences and opportunities, not only did I gain knowledge as an Artist, Designer, Curator and Coordinator, but I helped other Artists/Designers and the community by cultural enrichment.

I have Tami and Lyle to thank for giving me this opportunity to continue enriching myself as an Artist through Curating and Coordinating another gallery … .something I started in 2005. Smelt Art Gallery and my work is funded by sales, grants, donations and specific contracts. Please feel free to contact me with funding opportunities: marcelaslade@gmail.com