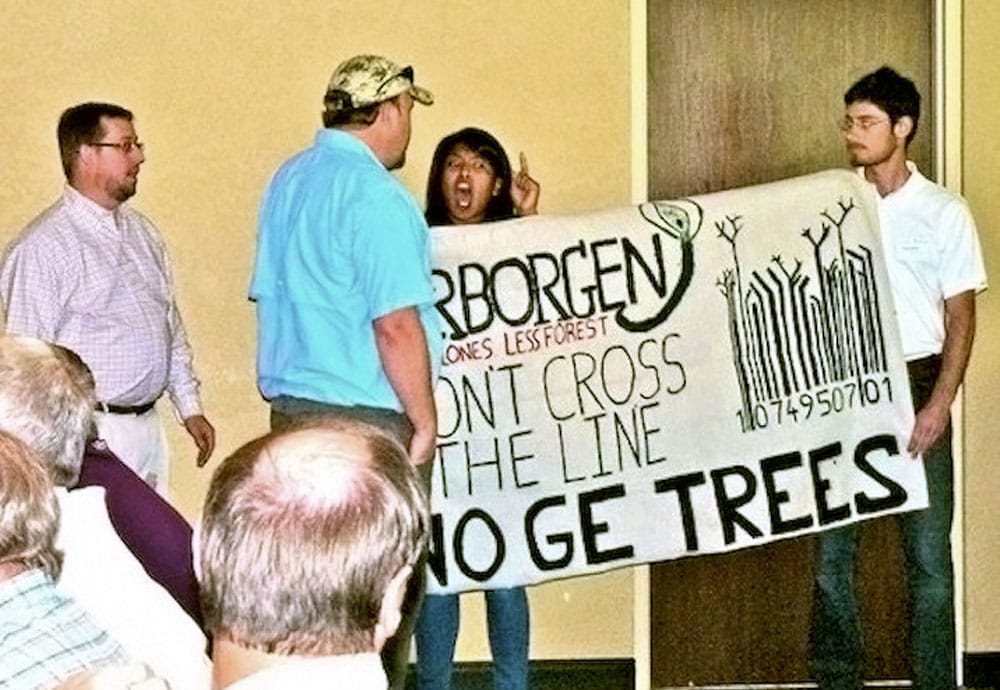 (Qualla Boundary, North Carolina) – In the shadow of Columbus Day and the legacy of colonization in the Americas, the Indigenous Environmental Network [1] and Eastern Band of Cherokee community members organized a gathering of Indigenous Peoples from across the Southeastern U.S. for a historic Indigenous Peoples’ action camp against genetically engineered trees (GE trees). Participants condemned GE trees as a form of colonization of the forest.

The Indigenous Environmental Network Campaign to STOP GE Trees Action Camp focused on building an information-sharing and mobilization network of tribal representatives and community members to address the unique threats posed by GE trees to Indigenous Peoples, their culture, traditions and lifeways.  Steering Committee members of the Campaign to STOP GE Trees [2] were invited to present concerns about the social and ecological dangers of GE trees.

“All trees and the variety of life that depend on forest biodiversity have historically and will in the future continue to be a necessary part of Indigenous culture and survival, which GE trees directly threaten,” stated BJ McManama, an organizer with the Indigenous Environmental Network.

Cherokee participants expressed fears that American chestnuts, genetically engineered with DNA from unrelated species, would negatively impact their traditional lifeways, saying that GE trees are dead trees with no soul.

“I’m very concerned that GE trees would impact our future generations and their traditional uses of trees.  Our basket makers, people that use wood for the natural colors of our clay work-there would be no natural life, no cycle of life in GE tree plantations,” said Lisa Montelongo of the Eastern Band of the Cherokee. 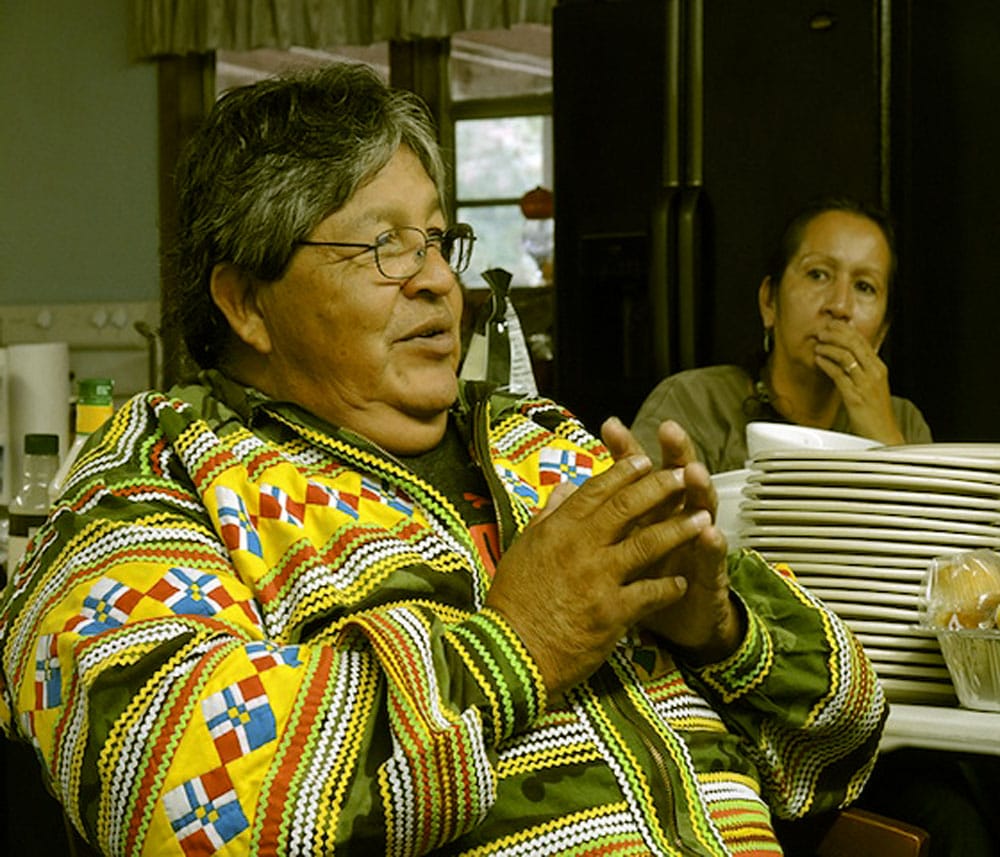 Members of the Seminole Nation, at the Qualla Boundary gathering in North Carolina. Photo via Broward/ Palm Beach New Times.

Genetically engineered eucalyptus trees also threaten Indigenous lands in the US South.  GE eucalyptus plantations, proposed by GE tree company ArborGen, are planned from South Carolina to Florida to Texas.  The future development of millions of acres of non-native and invasive GE eucalyptus trees would threaten Indigenous lands throughout the region with devastating impacts including depletion of water, contamination with toxic herbicides and pesticides and loss of biodiversity.

“This needs to be stopped immediately. This is not how the forest was meant to be used.  The forest gives life to The People, but these GE trees mean death. They are not for The People, they are only to make money for a few rich people,” said Danny Billie of the Independent Traditional Seminole Nation, based in Florida.

100% of participants at the camp oppose the release of GE trees.

1] Indigenous Environmental Network is a member of the Steering Committee of the international Campaign to STOP GE Trees.

This article reprinted with permission from PopularResistance.org.  If you found this article interesting, you might also like their post on the true story of Christopher Columbus’s visit to the Americas.

PopularResistance.org seeks to aid in bringing movements for peace, justice, economic fairness and environmental protection together into an independent, nonviolent and diverse movement that can end the power of concentrated wealth, shift power to the people and put human needs before corporate greed.