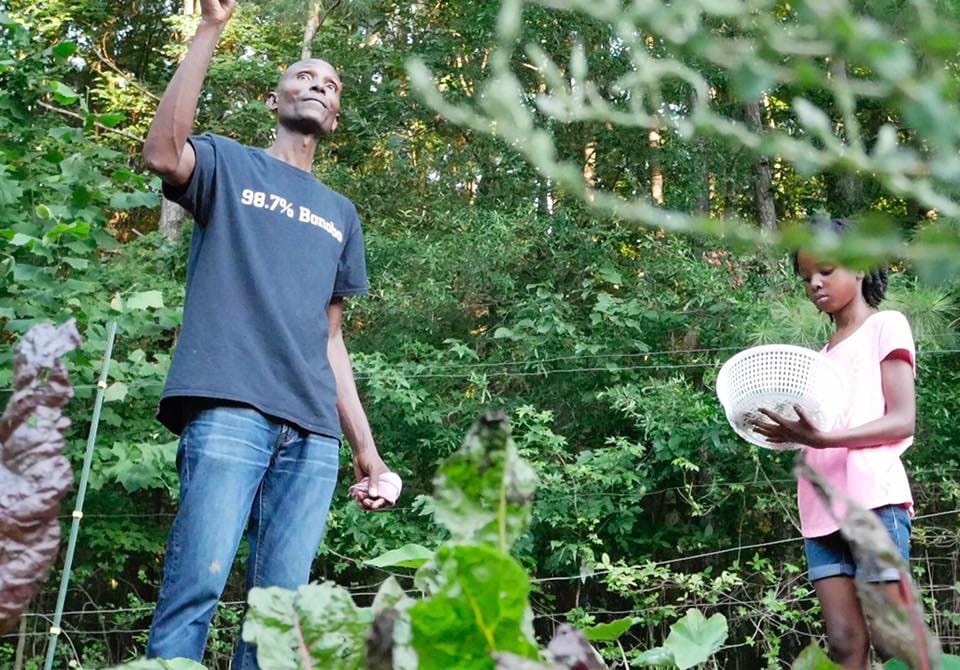 Recently, a friend in the food world shared two great bits of information that he believed should have been good news to me.

First, Raleigh chef Ashley Christensen won the James Beard Foundation Award for the country’s Outstanding Chef at a ceremony held in Chicago at Lyric Opera. The second set of news was that Leah Penniman’s book, Farming While Black had also won the James Beard award. The author had interviewed me in the book about my efforts decolonizing food. Her book is among the latest in an increasing number of African American writers focusing on the issue of food among people of African descent. My friend had read the story in Penniman’s book and thought it interesting that I am referred to as a “radical chef.” I have since thought about what it means to be “radical,” and what the impact of that might mean to the whole idea of home. The first set of news juxtaposes the second.

The first bit of news reminded me of my first visit to Raleigh almost twenty five years ago – a whole decade before I would move to the Triangle.

The small city – which was diverse in terms of race – had a totally different feel from what it has now.  Back then, I found myself in Raleigh quite frequently, considering that I did not actually live there – it was exciting to be around. I remember attending a graduation at the downtown Convention center and later went to the Kenyan Club in Durham, aptly named The Palace. Owned by a Kenyan couple, The Palace was full of people from all backgrounds.  There was an African American bookstore on Pole Road which carried African literature books. And across from the bookstore, a Kenyan friend owned a car garage where I would take my old Volkswagen Golf for repairs. It served as a meeting place, and I found myself stopping by the shop just to check in on my Mr. Safari, as he was popularly known. There was also the Kenyan owned Cardinal Taxi Company, which was then the largest cab company in town with over a hundred cars at its peak. Many of the folk who drove the taxis were Kenyans, other Africans and African Americans. Many of us paid for our schooling – in whole or part – by driving for the company or owning leased vehicles.

I can say that I belonged in the community of Raleigh in this way, traveling in from our residence in Apex at least three to five times a week.

That all changed as the revitalization of the downtown Raleigh gained full momentum. I found myself going to Raleigh less and less. I began to feel more and more alien, and the times I went became brief.  I knew fewer and fewer people and those I did know were mostly on official level. It became a town I do not know. While I’d always felt the divisions between race and class in the town, it has never been this bad. Looking back, it is interesting to notice all the tell tale signs of racial divisions that existed then, divisions that explain why most of the Black people I knew would be the first to go – almost completely replaced by faces that were not Black. The biggest issue was income inequality. It’s clear to me now that the people I spent time with were people with money and no power. Their powerlessness was apparent in the lack of structures that could perpetuate and firmly entrench their monetary gain. In other words, their few gains were never consolidated.  But how were people who had migrated from a country that was still reeling in the aftermath of colonization going to thrive and take root in an environment itself deeply divided by a history of systemic racism?

Raleigh is field where I exist with triple consciousness. I exist as an African, Black and American. This is a burdensome existence that carries its own challenges. One of those challenges is always having to process things in threes. The news of Raleigh being just one of two cities to have a chef nominated for a coveted culinary award is a win that I honestly don’t how to celebrate. It is a reminder of the old temporal gains that Black people have experienced. It is also another step in increasing the power that ultimately decreases the number of people who represent our community.

Raleigh will be a more popular town in the food world but those who will be dining in the town will be less and less representative of the whole population.

It is a skewed community where power continues to be concentrated in a few hands, with voices that speak louder and more legitimately than a large part of the population growing in powerlessness.

I am glad to appear in the book as a radical voice set on disrupting this trend towards the disempowerment of many at the hands of a few.

The trend we are on is not good for any race or group. My forefathers, the Gikùyú people, have a proverb which states “we are human because others are human.” Even science shows that an unequal society is a sick society. Let us then work to merge that science and the traditional Gikùyù wisdom to make the Triangle more just, prosperous and worthy of the recent food award all at the same time. Maybe then, we can heal the old wounds that threaten our future. 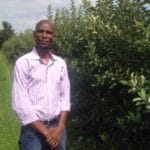 Kabui was born in rural Kenya to a coffee farmer mother and restaurant owner father, both of whom took an active role in the Kenyan independence movement. Immigrating to the United States at the age of 20, Chef Kabui earned Masters degrees in both Medical and Urban Anthropology at the University of Memphis and a Bachelors in Political Science and Philosophy Studies at the historically black LeMoyne-Owen College. He now leverages his rich legacy by sharing his extensive knowledge of farming, culinary skills, and food justice as he travels across America, Europe, and Africa. He is committed to changing the way society views food, justice, and sustainability.

In college, Kabui started speaking and doing community organizing work around issues of social justice.  Early in his work as an activist, he advocated for fair housing and healthy eating. He spoke to urban elementary school students about achievements in African history and the importance of academic progress for African American youth. He also shared widely the effects of colonialism on Kenya and the traditions of his native Gikuyu indigenous group, connect struggles abroad to those happening in the U.S.

Chef Kabui grows a great deal of the food that he eats and serves his friends and family, and has long been involved in training others to do the same. He led a community farming group that built food gardens for members to strengthen community ties and promote food sovereignty by working together to create sources of local food. He also ran a demonstration farms in Durham and Apex, NC to educate people on intensive urban agriculture. He now educates about permaculture and traditional farming, African wisdom and decolonization, speaking at universities across the globe, and locally partnering with Sparkroot in teaching and intensive vegetable gardening in Moncure, NC.

Learn more about Kabui and his teaching engagements at www.chefkabui.com