Pepperfest – A Blog by Camille Armantrout

“Wow!” I think, walking to the back of the line, “I’m doing that again.” My sinuses are infused with rosemary and roasted red pepper. A flake of pastry lingers on my lips. I snag it with my tongue and savor the perfect blend of shortening and flour. The aftertaste eludes me. Is it garlic, nutmeg, cardamom perhaps? 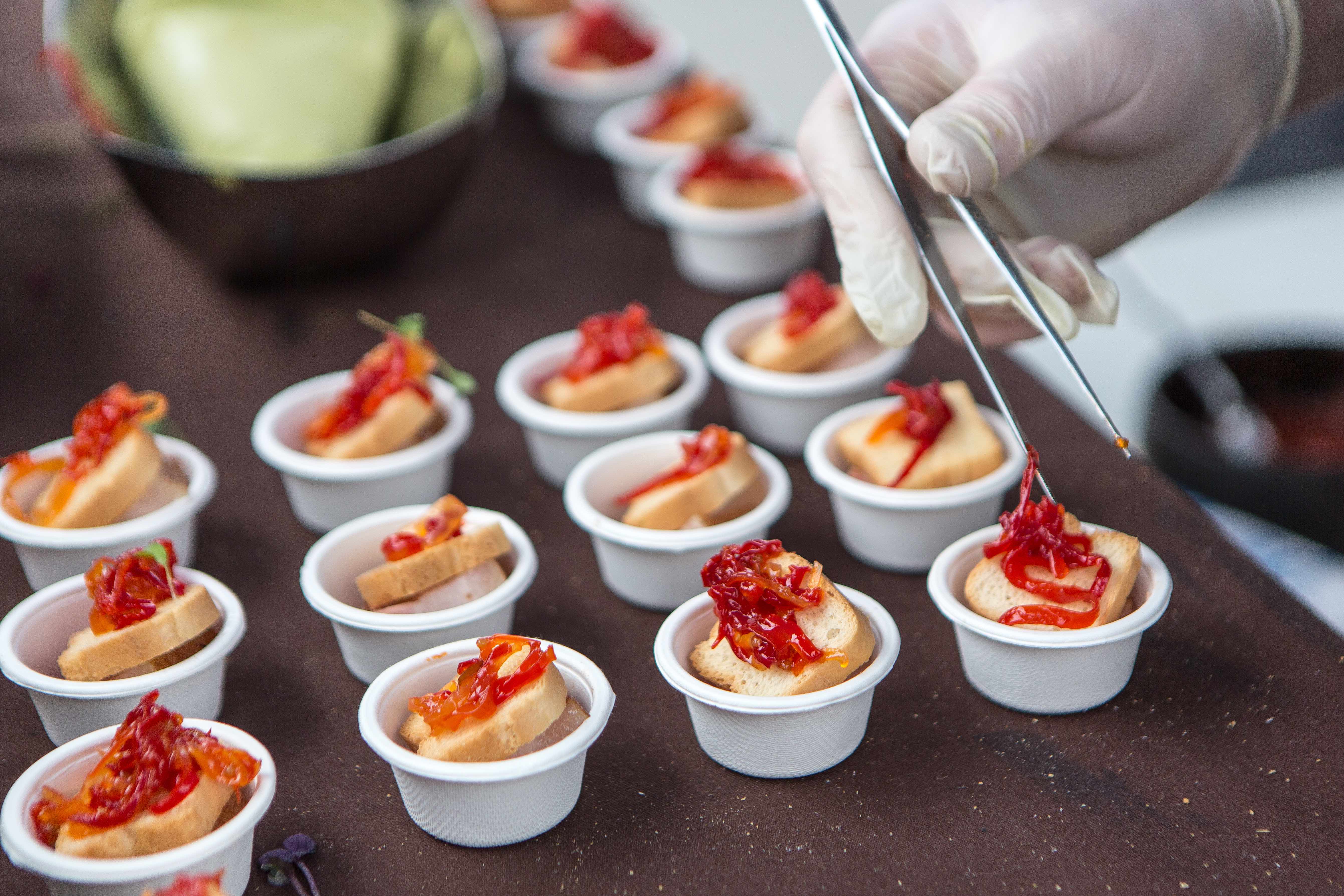 Months ago, when the peppers were still green, the folks at Abundance NC started pulling together lists of activities, sponsors, volunteers, restaurants and farms. They met with their friends at Briar Chapel and laid out a plan. Weeks later, the ripening peppers were hanging plump, and thirty-some chefs were dreaming of special ways to feature them. The orders went out to the farmers, peppers were harvested and delivered. All had come to fruition with a thousand people getting a taste of real local food imaginatively presented by the best chefs in the area. 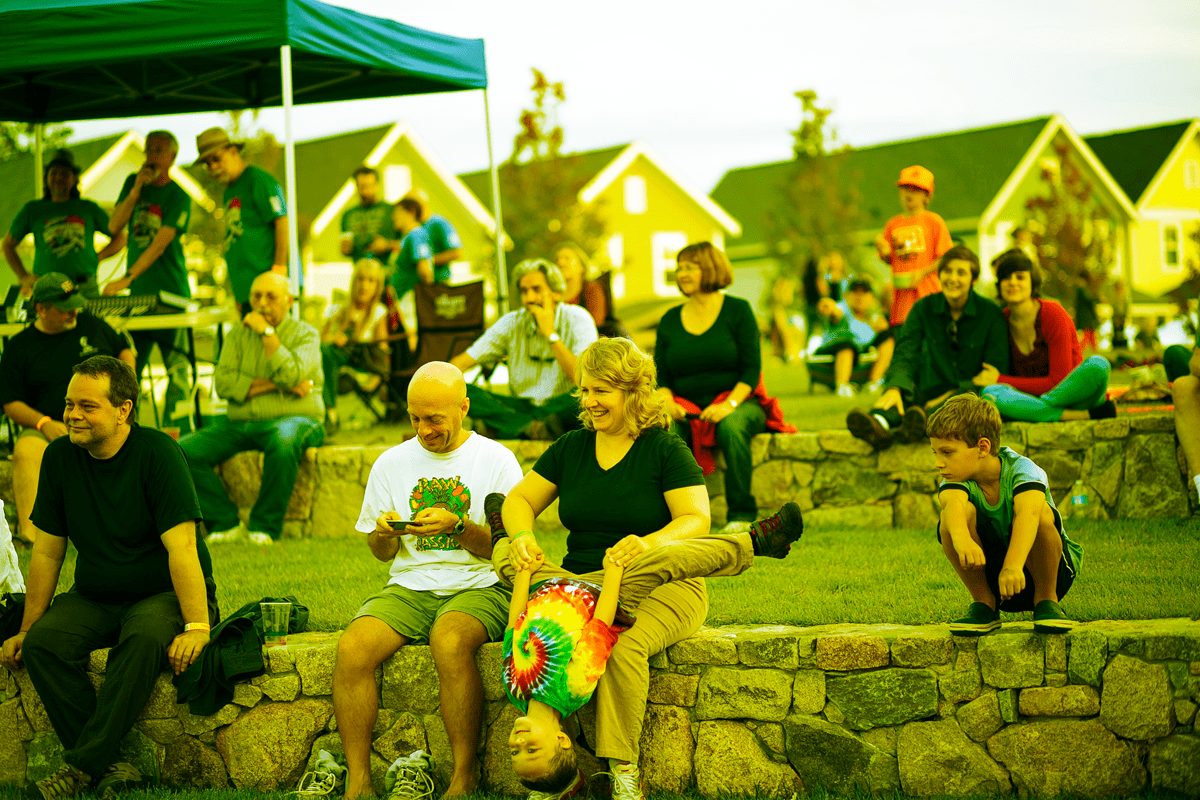 The very first Pepper Fest was no more than a variety tasting of Doug Jones’ hybrid peppers. Tami Schwerin, Abundance NC’s executive director asked her father to put up a tent and she invited some friends out to The Plant, Pittsboro’s Eco-Industrial park. Out-of-town guests from Seeds of Change were here to tour Piedmont Biofarm and see Doug Jones’ pepper breeding research. Tami saw an opportunity to welcome them, support the farm, and spread awareness about the often-overlooked sweet pepper. It seemed like a good excuse for a party. My immediate neighbors, a dozen friends who called ourselves Oilseed Community were having a potluck dinner that night so we brought our food and joined the fun.

Doug’s interns chopped peppers all afternoon and set out dozens of paper plates piled with bite-sized pieces on the tables under the tent. They came in colors; green, yellow, orange, red and chocolate. Tami and I had printed up score cards with qualities such as color, flavor, sweetness, and heat level. Each variety was assigned a number and we walked around the tables sampling peppers. The folks at Seeds of Change said a few words, and Doug spoke about the evolution of his cherished peppers. Farmer Doug had spent years developing varieties that grow well in North Carolina’s changing climate. Many of us were betting that Doug’s Sweet Jemison, the consummate yellow pepper, would merit a high score.

The next year Tami involved local chefs, booked a band, commissioned a poster, and printed tee shirts and tickets. She commissioned custom-made King and Queen crowns to honor the man and woman who sold the most tickets. The festival doubled in size every year, and by year four had outgrown the venue at The Plant and moved to Briar Chapel.

This week, Abundance NC and Briar Chapel are galloping down the home stretch towards Pepper Fest number nine, Sunday October 2nd. We’re looking forward to bluegrass by Front Country, and the magical transformation of eight hundred pounds of Chatham County farm-grown peppers into an unimaginable menu of chef creations. New this year, there will be a Food and Fiber Fashion Show, and as per usual, there will be the unveiling of this year’s original art crown creations and coronation of the Pepper King and Queen.

I’ve reached the counter where those incredible pastries are lined up. The band is playing a funky tune. The aroma from Chili John’s roasting drum at Angelina’s Kitchen is irresistible. I spot my husband and next door neighbors sampling the Anaheim Octoberfest at Yesteryear’s Brewery. Drooling, I choose my prize and dance on over. Another best day ever, thanks to Abundance NC. 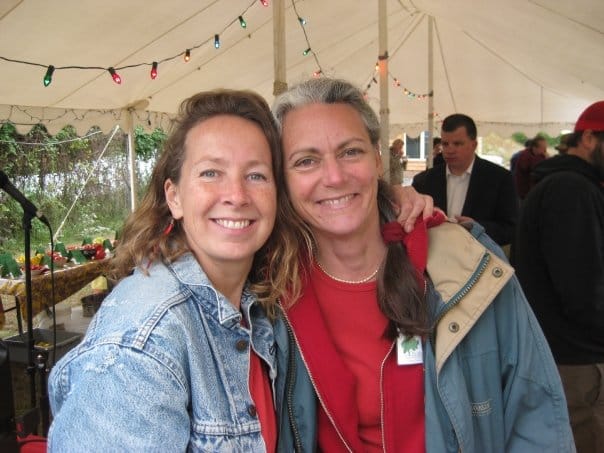