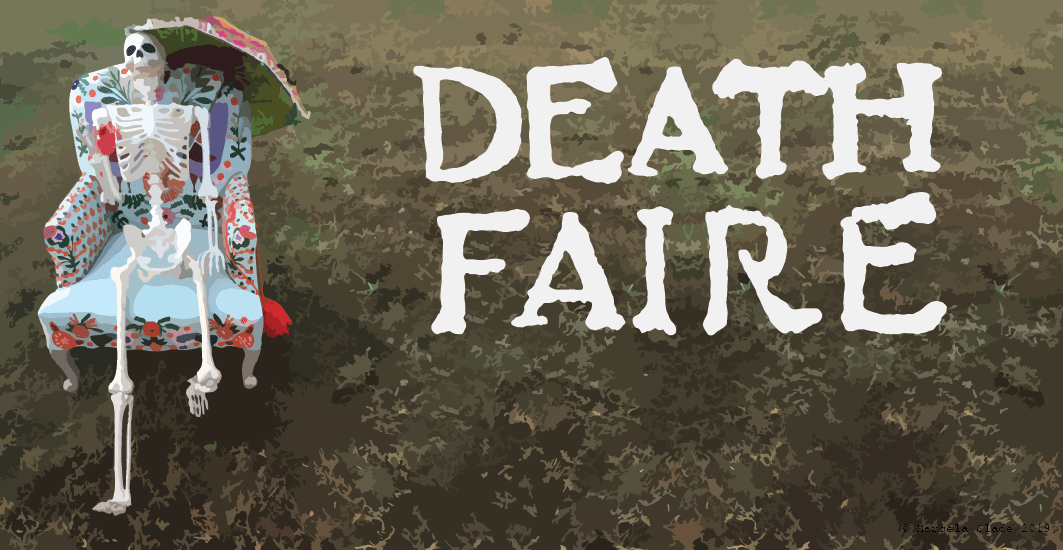 A rich day of celebration and remembrance!

Join us for a rich day of awakening and acknowledgment of what this year has brought us. A space to reflect and celebrate our shared humanity.

The 5th Annual Death Faire will be mysterious, COVID-19 friendly, outside at The Plant and focusing on grieving our old way of life, honoring the lives lost this year and welcoming the transformation happening.

This year we will have 6+ hours of moving performances taking place on the main stage with designated spaces to sit socially connected but physically distant.

This does not have to be a deep dive into the darkest corners of your soul. But if you want to go there, we welcome you! Come curious. Leave with peace of mind. 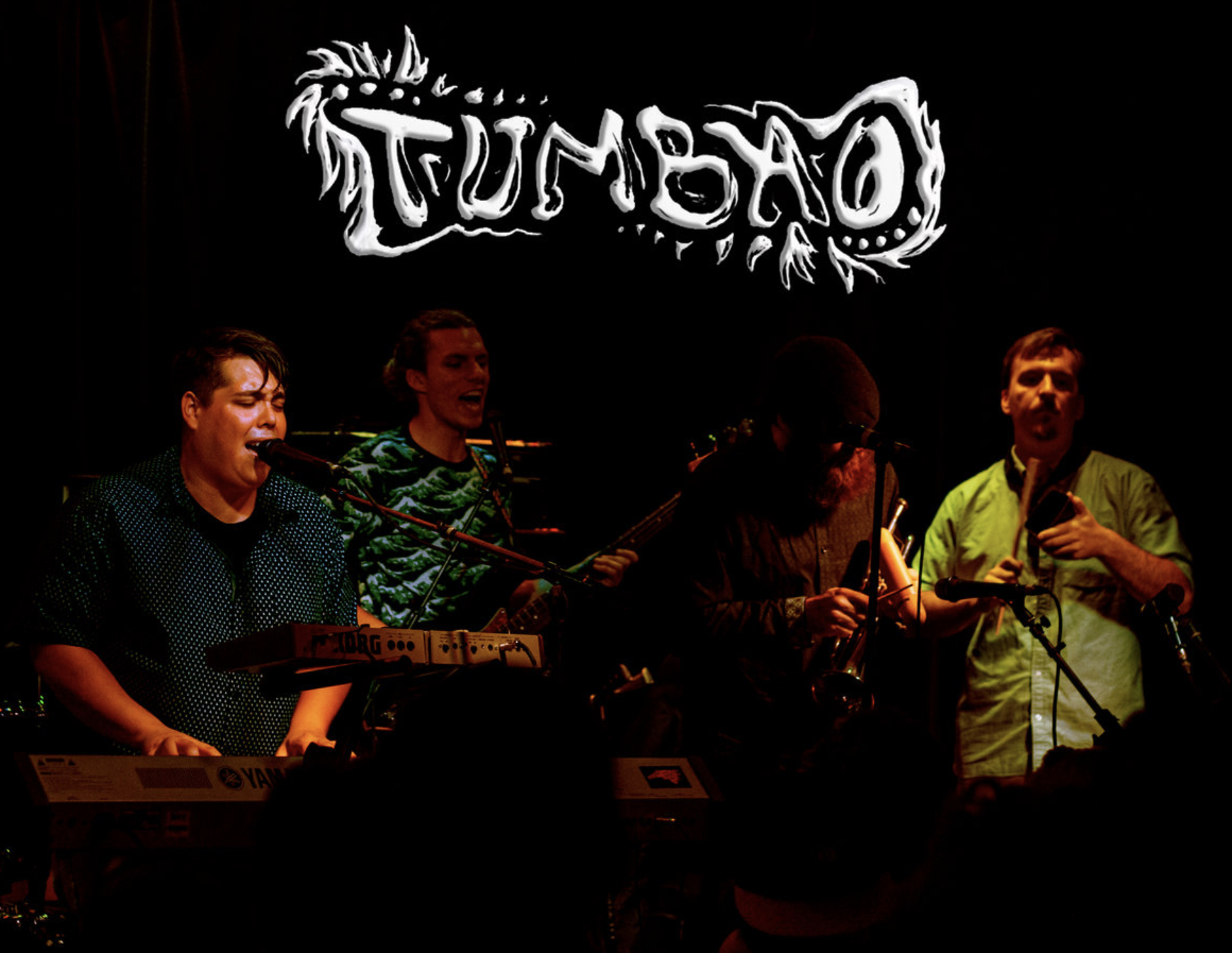 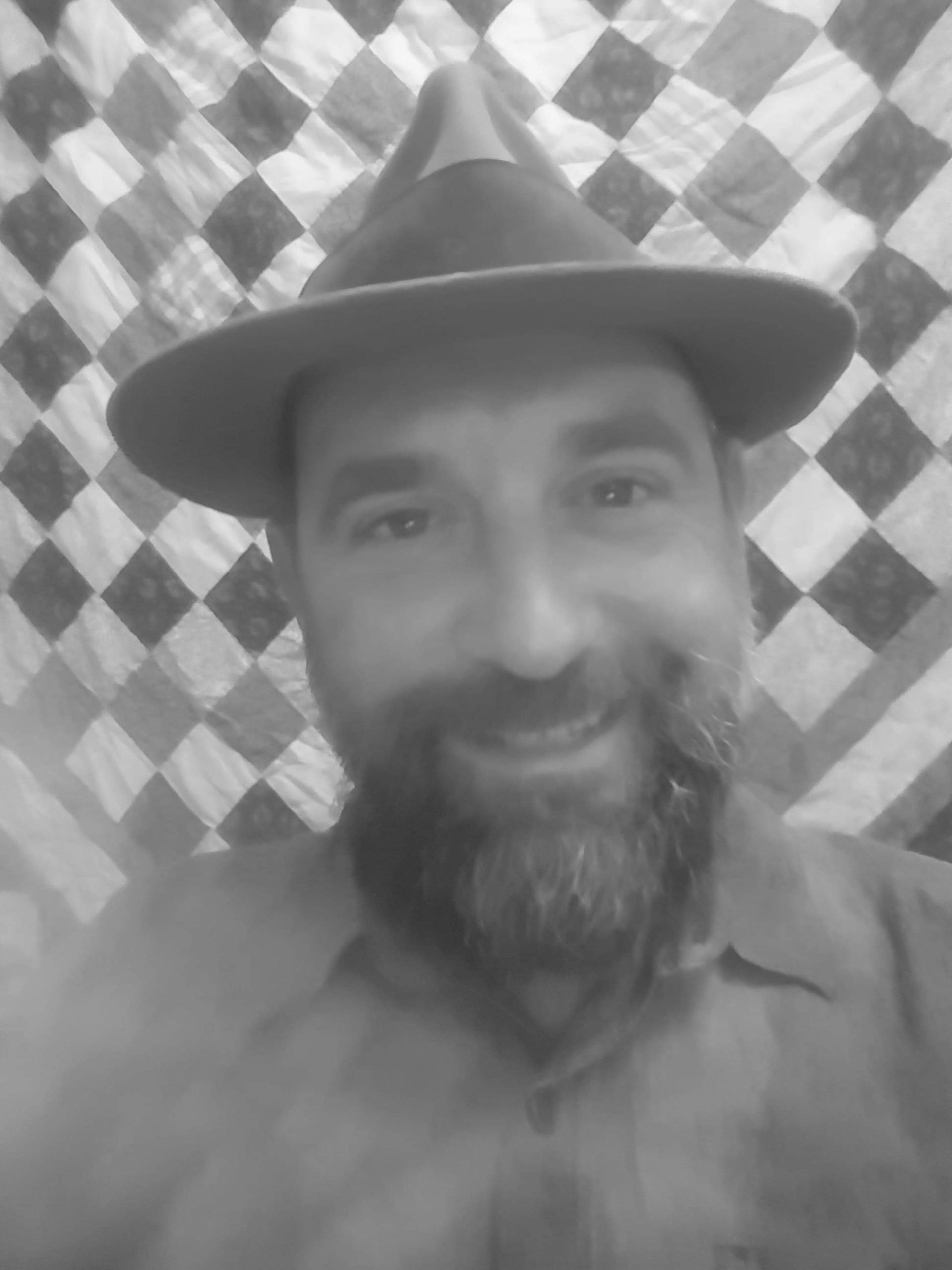 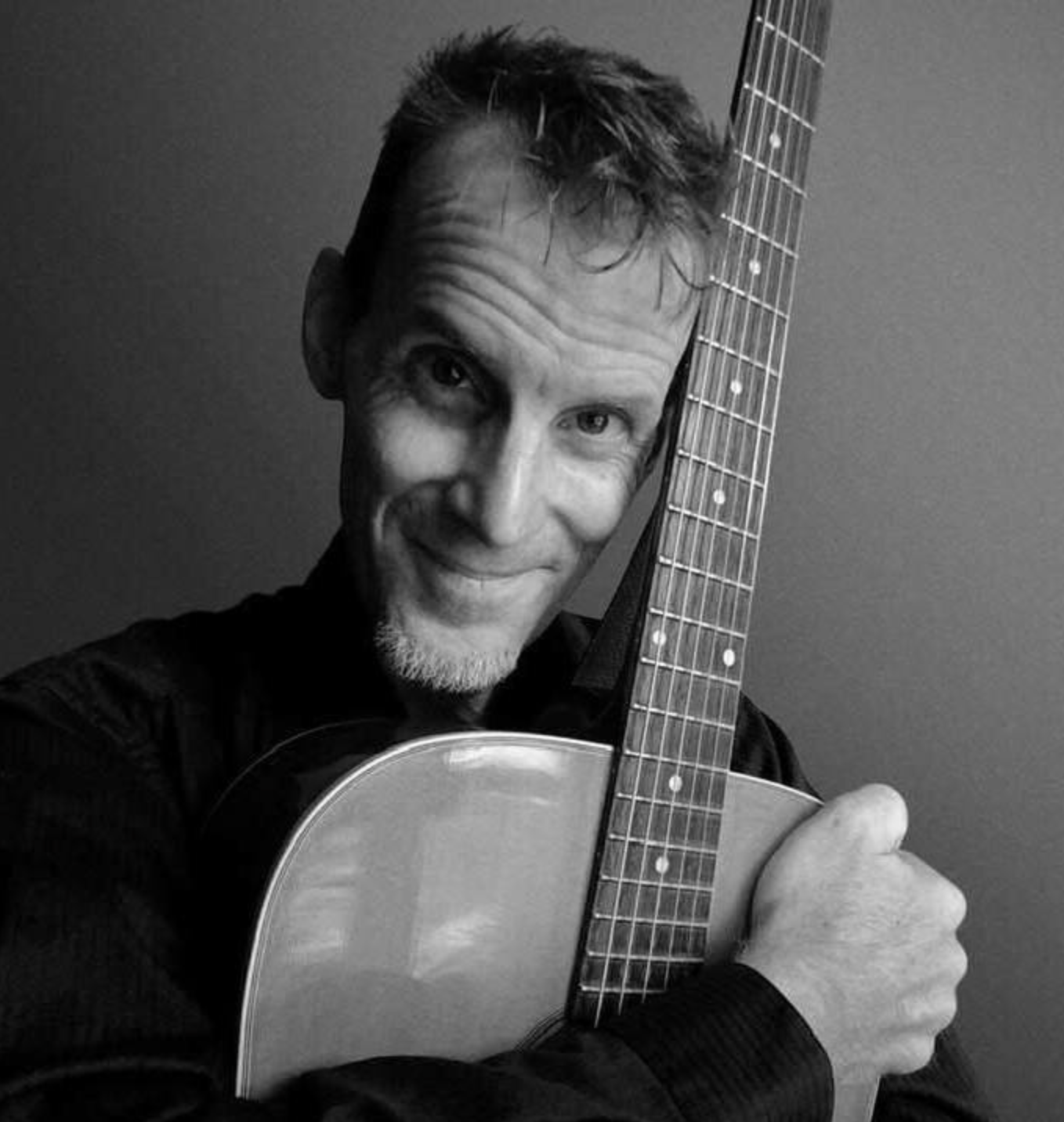 Our EMCEE this year will be Jimmy Magoo! !! Jimmy is a singer, songwriter, actor, educator, emcee, playwright, poet, and puppeteer. He likes to help large groups of people have a good time together. He will gift us with a musical offering. 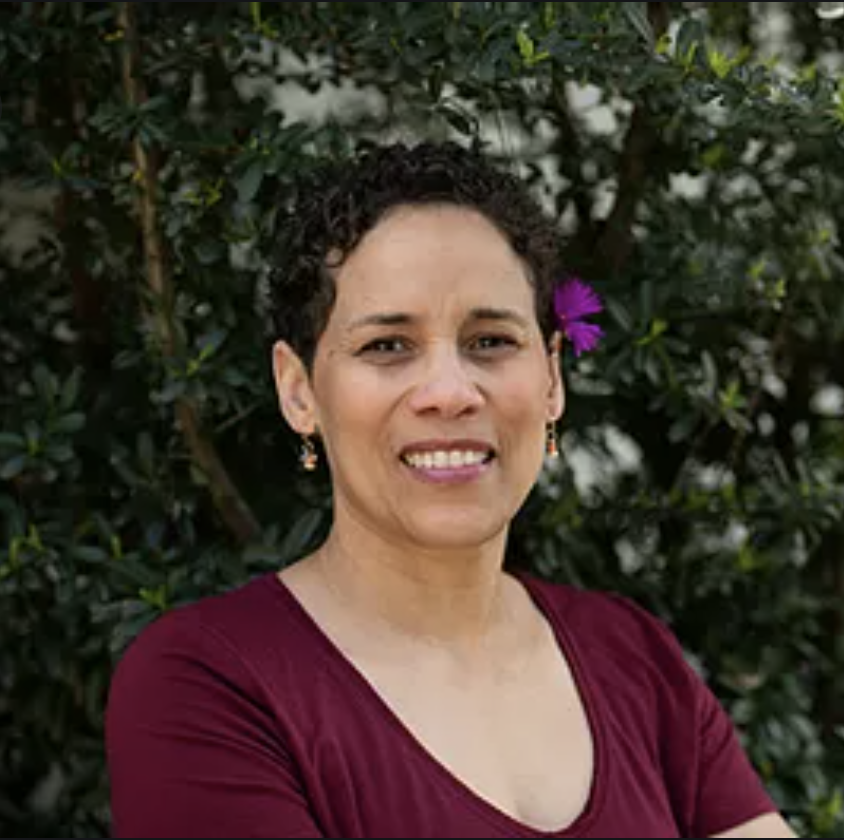 Tashel Bordere, PhD is an Assistant Professor, State Extension Specialist, Youth Development at the University of Missouri, Columbia. Her research specializes in youth development, dying, loss & bereavement and African-American children, youth and families. Dr. Bordere’s participatory action research and programming areas are focused on Black male youth and family grief, survival and resilience due to historical and contemporary race-based trauma and sudden violent losses. She has identified the term suffocated grief to describe when normal grief reactions among marginalized populations are not only dismissed, but punished. She is also a Forward Promise Leadership Fellow.

We encourage all of our supporters to buy a sliding scale ticket to Death Faire… even if you cannot physically attend, we will send out a link to watch her Keynote that will be virtual, recorded, and saved to watch at your convenience.

We promise that if you cannot initially see how Dr. Bordere’s Keynote may relate to you personally, it does. We are all connected. We have an obligation to educate ourselves on the things we do not understand.

Check out these interviews to get a little taste of her talk at Death Faire 2020: 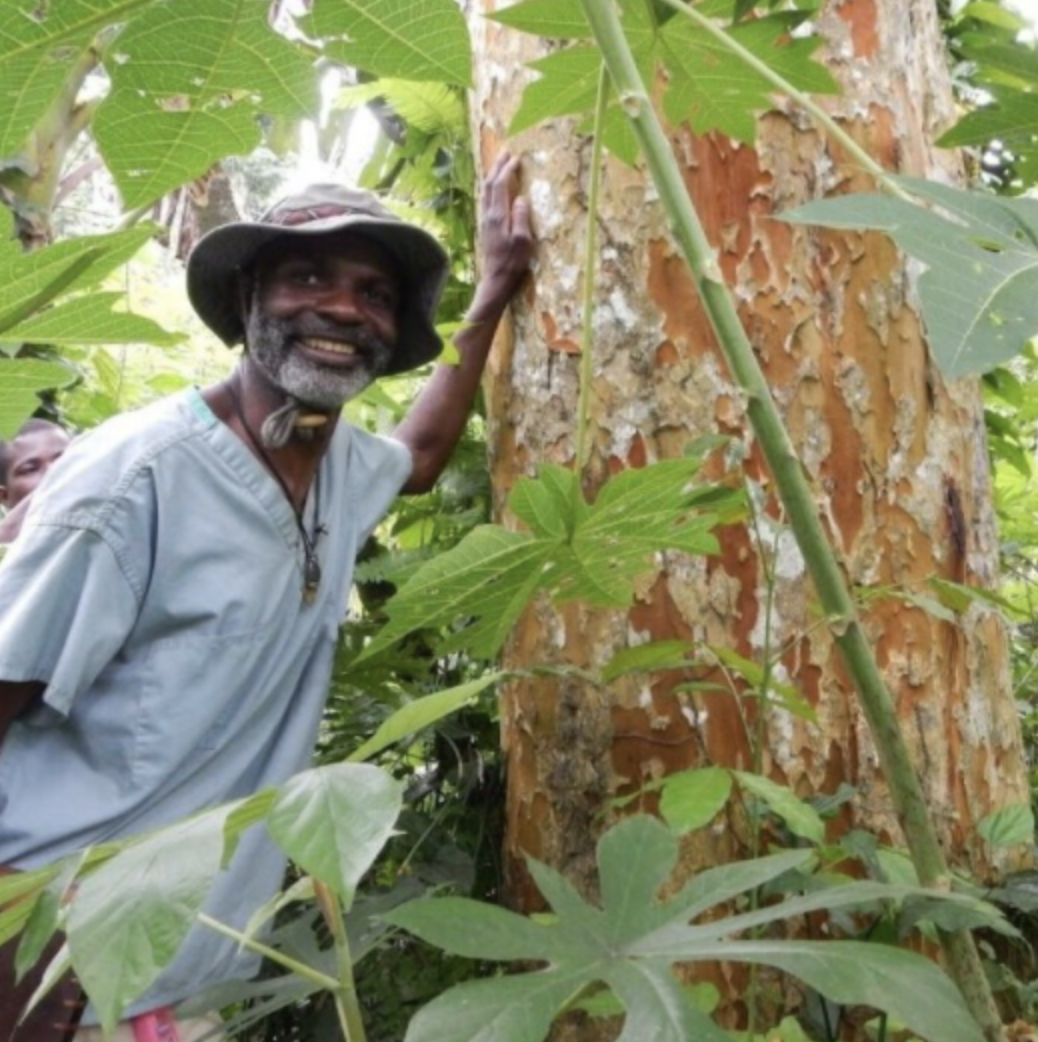 Godi Godar Moteke Molanga of the Bantu Ntomba community grew up in the village of Ikongo Bogin- da, at the edge of Lake Tumba in the Democratic Republic of Congo.

Grandson of the chief, he was next in line to lead, but a vivid boyhood vision foretold him leaving his home, traveling to an unknown land, and one day returning to support and protect his people.

When Godar was sixteen, Habitat for Humanity volunteer, Dean DeBoer, showed up in his village. Godi’s grandfather insisted they live together and learn each others languages and cultures. At the end of his three year stay, Dean invited Godar to travel to the US with him. Thus began the first phase of Godar’s childhood dream coming to fruition. He has lived in Durham, NC since his arrival in 1988.

Godi’s keynote will be focusing on the grieving rituals of his village, Ikongo Boginda, in the Democratic Republic of Congo. 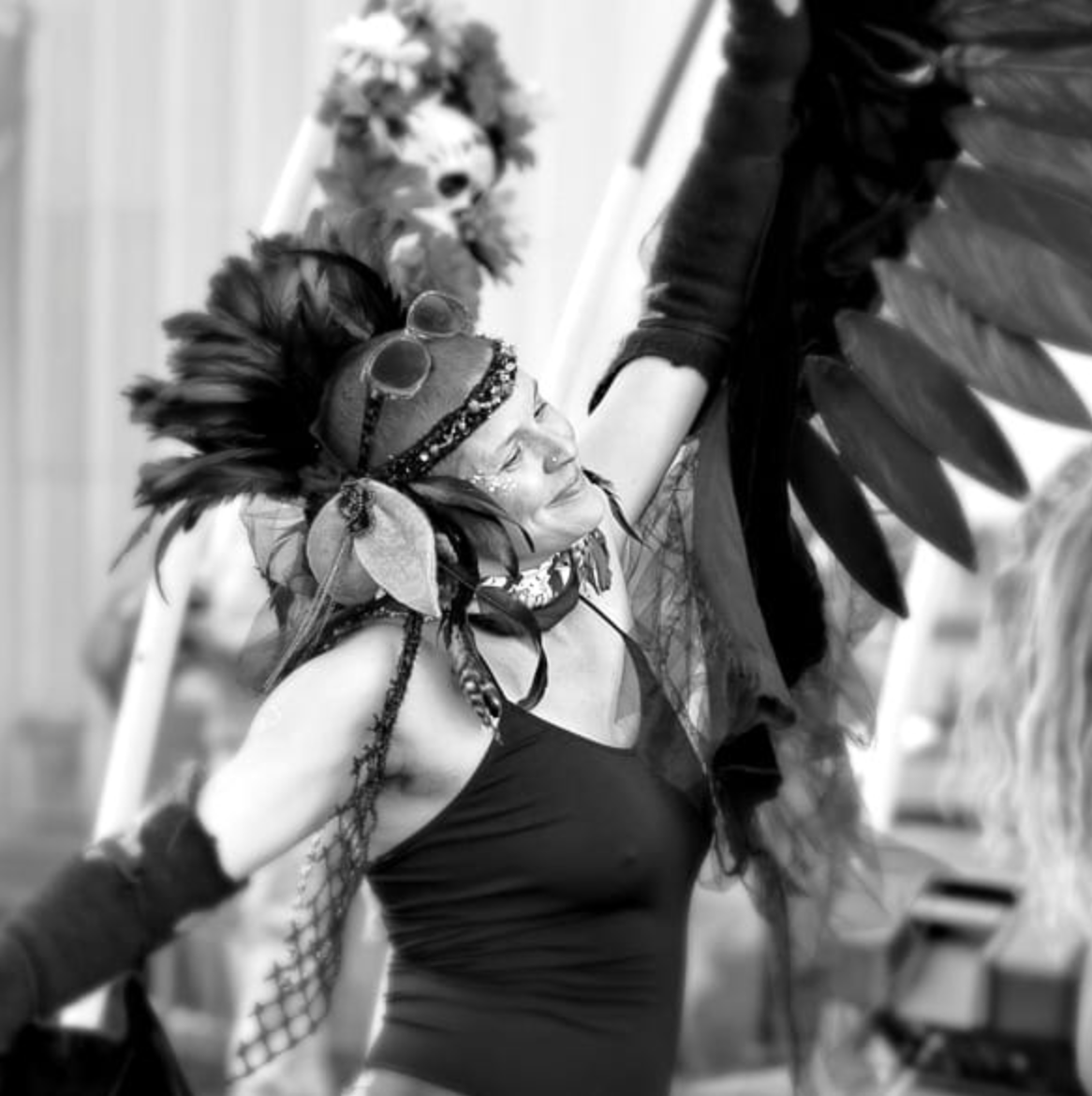 Mardi Magoo will offer an interactive dance performance called Dance of Grieving for All of Us. The audience will be invited to participate by directly engaging (safely!) with her Body, as a reminder that we are all connected by our personal and collective grieving, through our strong, resilient, flexible, earthly, vulnerable bodies.

Mardi is a ritualist, a performing artist, a student of Ancestral Medicine healing, a community Mama, and other things too! !! 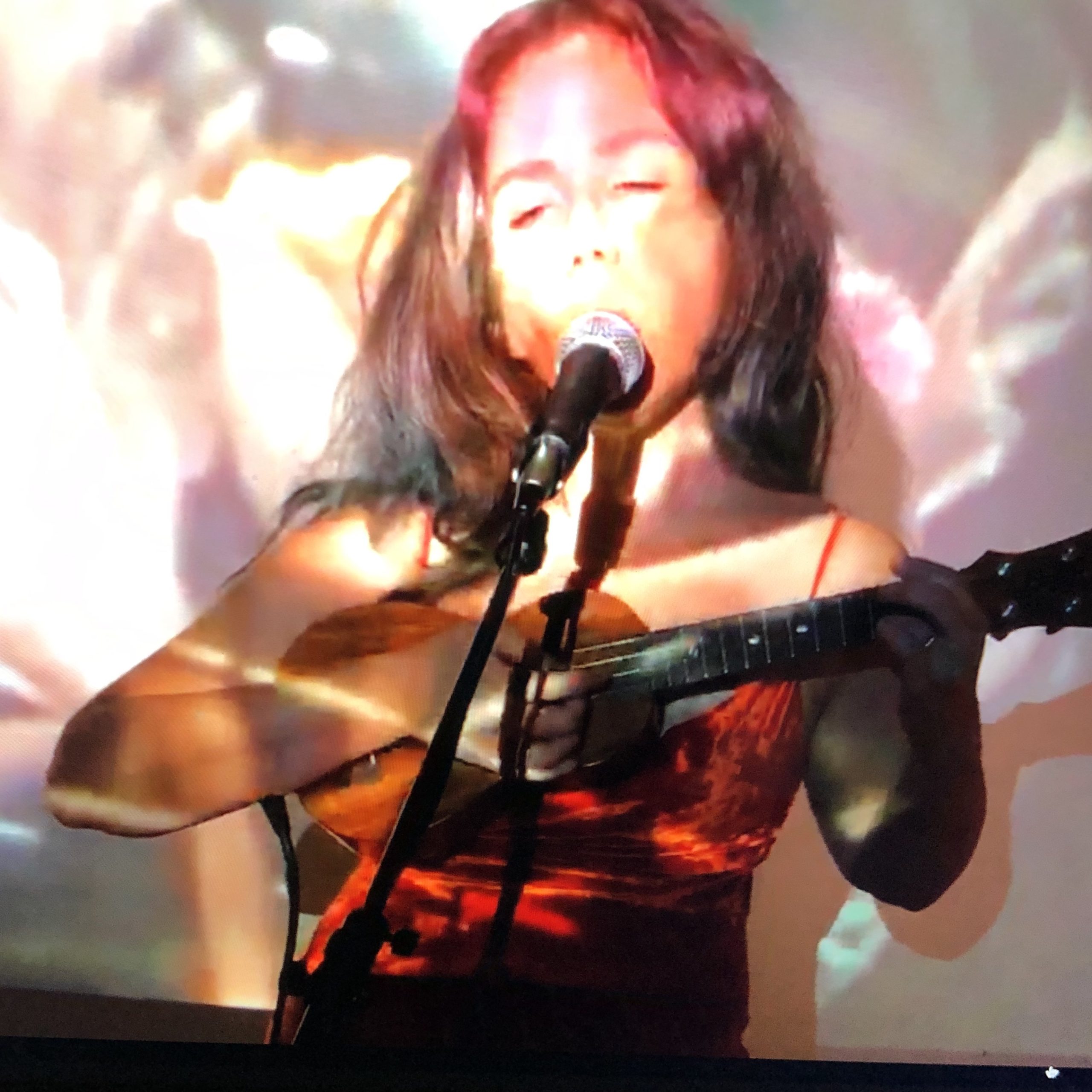 Angela Winter is offering a Sonic Essence special performance for this year’s Death Faire—a blend of ritual, mantra, and vibrational support for the powerful transitions and times we are living through. Last winter, as coronavirus silently began to spread across the planet, Angela had the idea to treat her own body as the final distillation medium for flower essences she had created during key astrological gate- ways of the year. She realized she could deliver these tinctures sonically, through what she calls “sonic essences.” At Death Faire, she will debut a live sonic essence to help us acknowledge the grief and awakening arising as we honor those who have died, let go of old ways, disrupt unjust systems, and collectively embrace the next world that is arising.

Angela creates songs about beauty and death, like you might hear at a Renaissance fair during the apocalypse. Minimalist synths and lute-like ukulele meet otherworldly vocals, drones, and overtones. Winter’s debut album, Hollow, explores themes of mysticism and myth, loss and letting go—and the space that opens after a release, which allows something new to be born. She once performed at Carnegie Hall, and in addition to her own shows and festival performances, she has opened for John Cale (The Velvet Underground).

Frank Phoenix will host Story-Prayer Circles. He will be supported by Mardi Magoo and Dana Brinson. The format of the conversation will be Way of Council, an ancient tradition that fosters heart-felt connection and communication. The context for the conversations will be death and will include death stories, personal experiences with death and more generally what we imagine death to be. All are welcome, the circle size will be limited to 6 participants, we envision opening and closing the circle throughout the day.

In Building 2 we have Interactive Altars for: The Pandemic / Human & Civil Rights, Black Lives Matter and our Pacha Mama / Earth, Humanity, Existence, Environment.

We invite you to come prepared to add a photo, poem, thought, candle, item to our altars or to use what we have available to contribute.

Smelt Art Gallery will also have a death themed Community Collective Art Show at the entrance of Smelt. (due to bmc brewing adaptation of Building 3) There will be a price-list available in case you decide to support the arts and take a piece with you!!!

Please be mindful of the current Covid-19 regulations. Wait 6 feet apart, Wear your mask and Wash hands regularly. Here is a video of our recent PepperFest where we pioneered in a socially connected but physically distant successful event.

Bring your blankets and whatever else you might need to enjoy this event on the grass.. . . For more information on the location of the event visit The Plant website HERE theplantnc.com 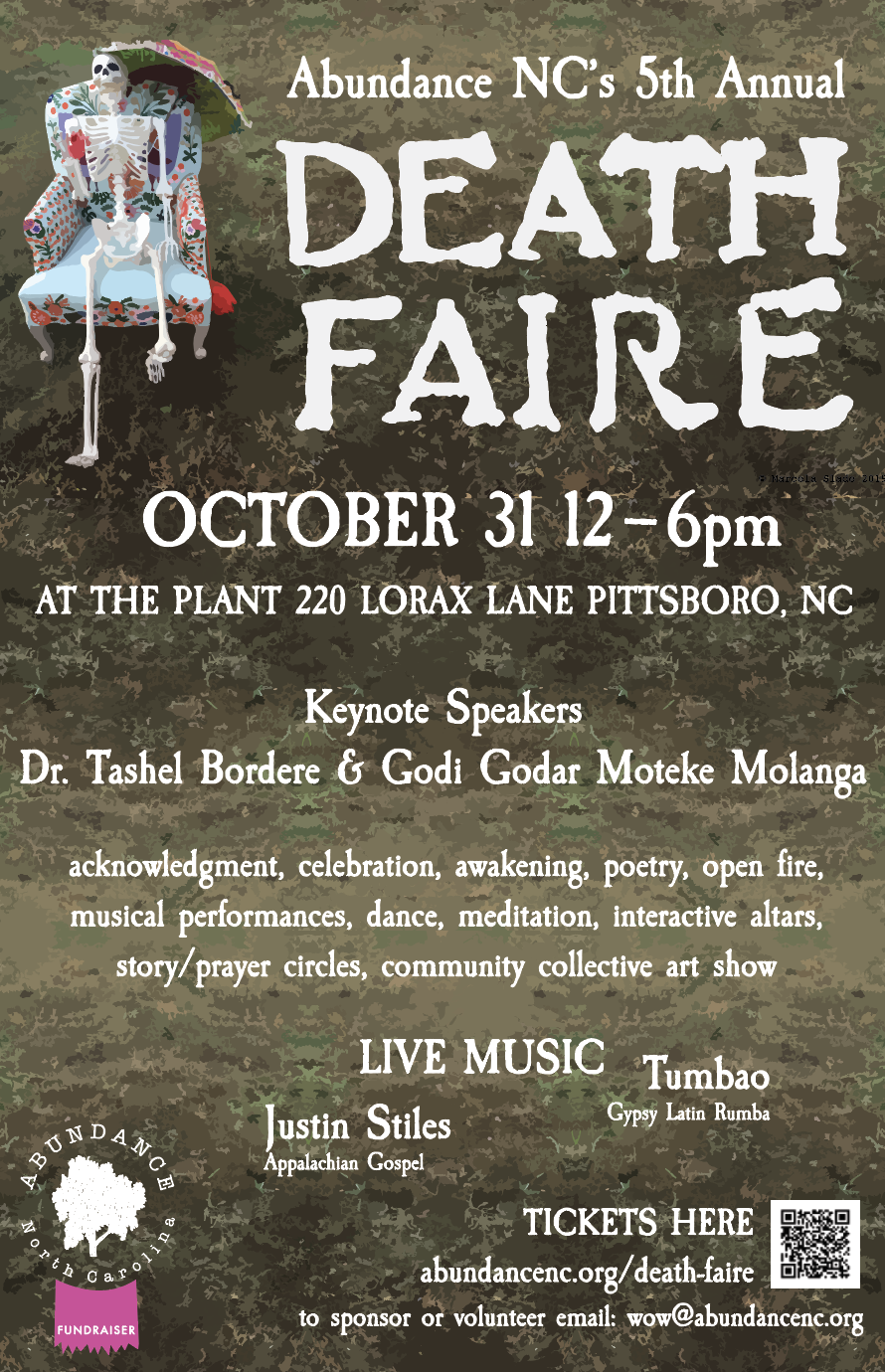 “Cultural event is supported by the N.C. Arts Council, a division of the Department of Natural & Cultural Resources, with funding from the National Endowment for the Arts.”

(make sure you check back…as times might change, closer to the date of the event) 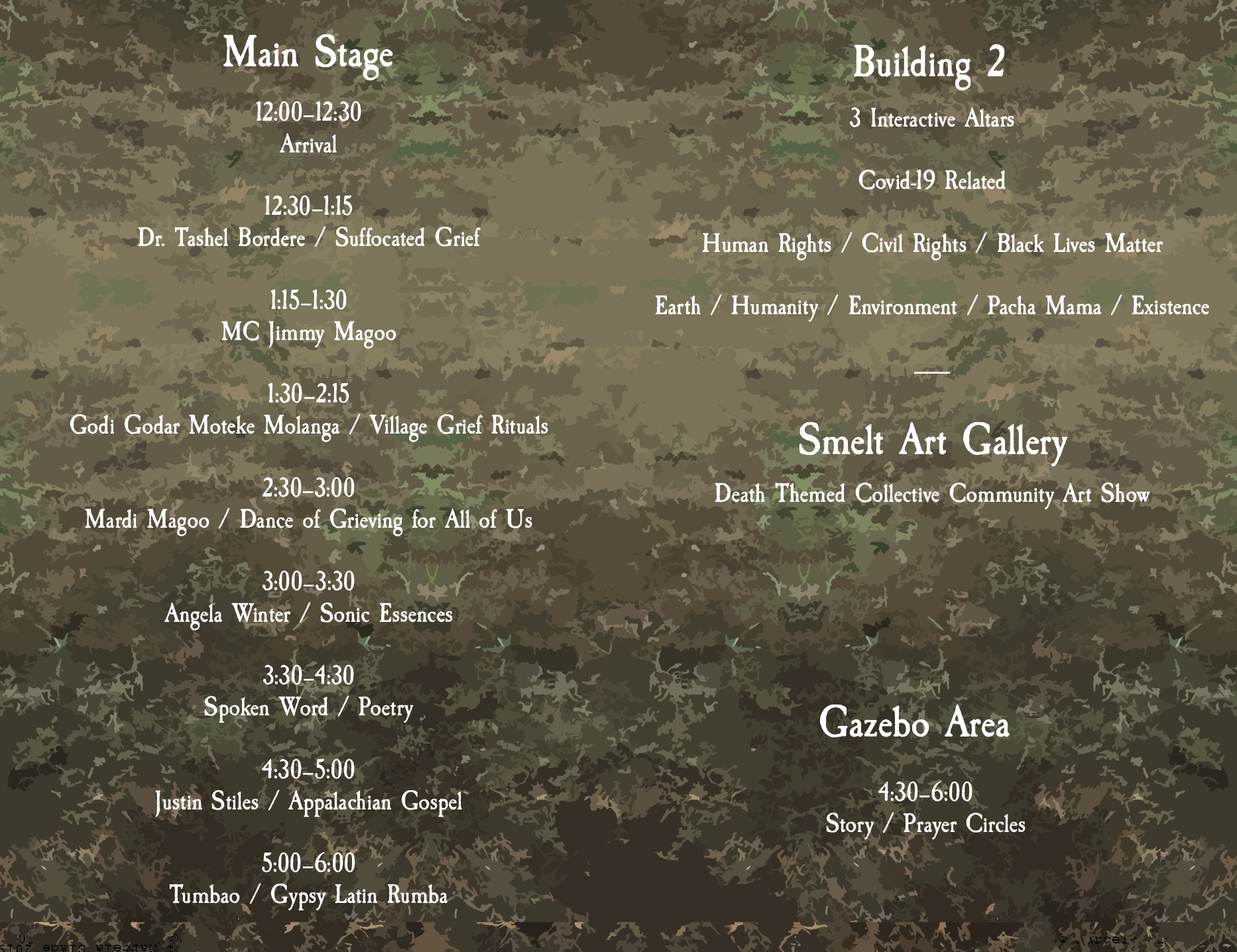