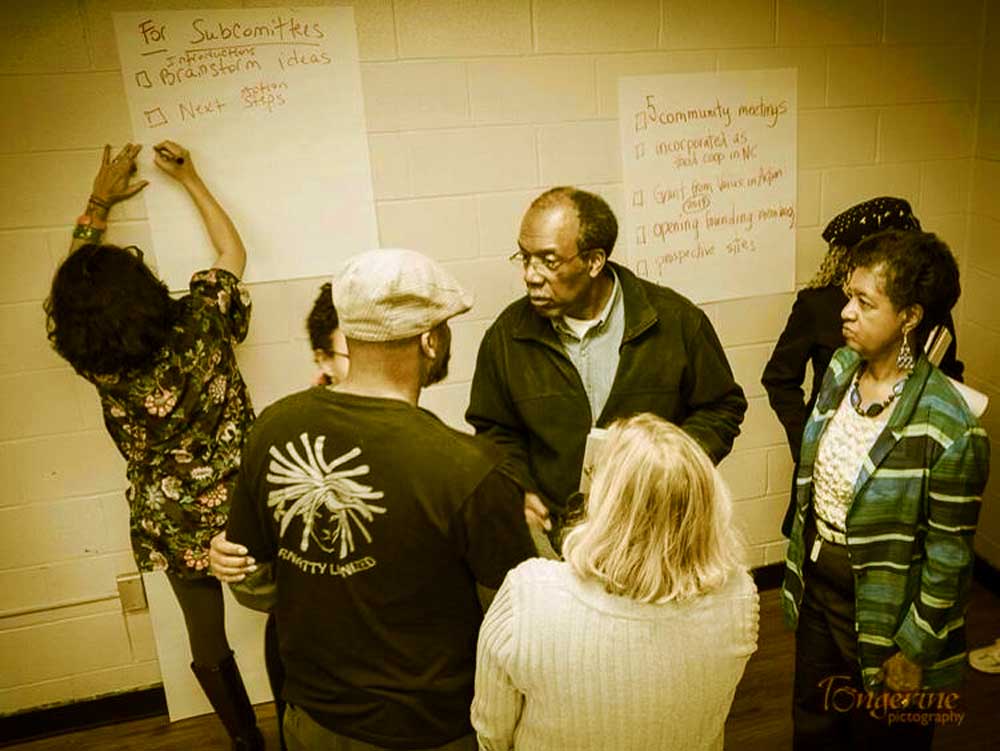 The co-operative economy is gaining strength. Rooted in community and in the democratisation of ownership, co-operative structures allow citizens to reclaim power over their workplaces, their open spaces, their housing, shops and public realm. Here are ten ideas for building grassroots democratic economies:

Think outside the boss! Shirts sewn by Opportunity Threads.

This article excerpted, with permission, from www.newstartmag.co.uk.