The Man Who Cried (for) Wolves, a Blog by Sara Williams, Home Funeral Guide

One morning earlier this year I received a phone call from a woman named Alisa.

Less than two minutes in to the conversation I knew this was the person associated with the Abundance Community in Pittsboro. She and her husband had managed to get Stephen Jenkinson to come down for a public speaking event. I remember nearly passing out in the bakery when I espied the poster for this event, thinking THE Stephen Jenkinson??? In a little church in PITTSBORO??? As I had just finished reading Jenkinson’s “Die Wise,” I was eager to hear him in person. When I had called to inquire about attending this event and just happened to mention that I was a home funeral guide, Hannah from their office told me about a woman who may be interested in what I did because her husband was dealing with ALS. So when Alisa called and began telling me a little about her situation I realized this was precisely who Hannah had told me about. 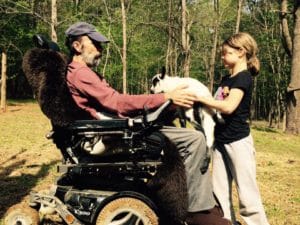 Alisa said that they would be in need of a death midwife at some point over the next few months.

She was beginning to feel the sturm und drang of her beloved’s diagnosis with the dreaded ALS. Would I come out to meet her and Chris and paint a picture of what a home funeral would look like? I called Jenny, sweet friend and mentor, and within the next couple of weeks we drove out to their farmhouse to meet them both. It was sort of an instant girl crush for me. Alisa was a brilliant, creative force. In fact, as part of the staff of Abundance NC, “Creative Force” is her title! What couldn’t this woman do I was thinking while I observed all the animals on the farm, her gardens, her rescue animals, her handmade soaps, her felted wool booties, her book collection, her home schooled children! Well, there was the fact that she couldn’t take care of Chris by herself as she faced the future of his steady, certain decline and eventual death. 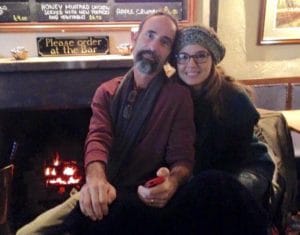 We talked openly with Chris and Alisa.

Chris used an iPad-like device to talk since it took so much effort to speak. At one point, one of their Boston terriers jumped up on the sofa beside me. Chris held up the screen for me to see with a big wide grin on his face: “Be careful….he’s gassy!?” I couldn’t stop laughing! God, it is so good to have humor when talking about death and dying! Jenny and I asked a round of questions about their expectations of and plans for home funeral guides.

I know I left with a sinking heart to see this beautiful family now facing the future without their husband and father, a man who had dedicated himself to the restoration of the red wolf in eastern North Carolina.

This meant years and years of crawling through huge agricultural fields which had been sprayed with pesticides, something which Alisa was convinced had poisoned Chris and led to his ALS diagnosis. BIG AG…I was totally sympathetic. Wondering if Chris would like us, I didn’t worry for very long. As we left he flashed the biggest, brightest smile and told us we were welcome any time. On a subsequent visit, we walked around the woods while Chris followed in his high falutin’ motorized wheelchair. We observed Chris and Alisa’s neighbors and friends digging the grave for their best friends’ son who had just died from heroin. Death lurked here, we all felt that.

At one point Jenny managed to ask Chris which spot he liked for his own grave.

He pointed between two pines, then his head slumped while tears fell from his eyes. Six weeks later, on June 4 (D-Day!?!), I got the call from Alisa at 4:00 in the morning that Chris had died. I scrambled to get dressed, grab my essential oils and “Home Funeral Ceremonies” book, and started dialing Jenny so she could meet me. Ring. Ring. Ring. No answer. Ring. Ring. Ring. (we learned later that Jenny’s ringtone is so delicate she never heard her phone! she made sure to change it the next day…to a much louder ringtone! we are still laughing about this!) Forty minutes later as I approached the farmhouse I knew I was going to have to fly solo for this home funeral. 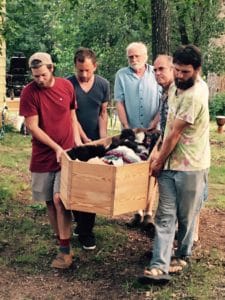 Alisa met me in the driveway so we would not wake the children. We hugged each other so tightly. And then she told me about her Nana’s cat….how at the moment of Chris’ death the music from this old ceramic cat had started playing, a sure sign that Nana was waiting for Chris on the other side of the veil. Alisa, her sister, her father and stepmother, and Chris’ best friend all washed and anointed his body while I read from the book and guided them in their delicate ministrations. Until you witness and take part in a home funeral, no amount of my attempts at describing this event can do it justice.

RIP, Chris Lucash! You continue to inspire me every day. 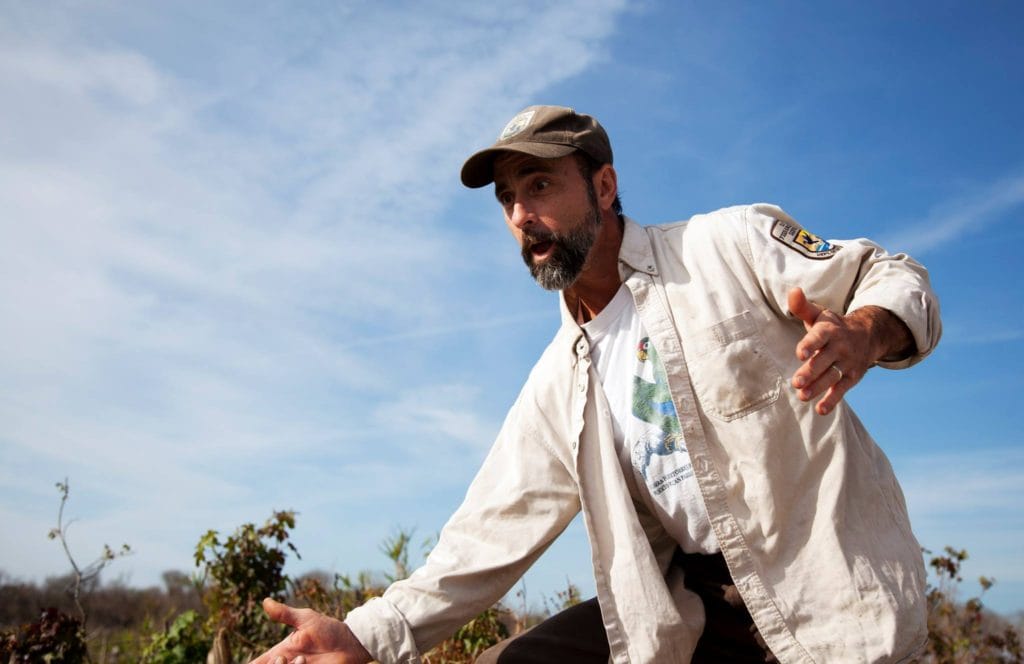 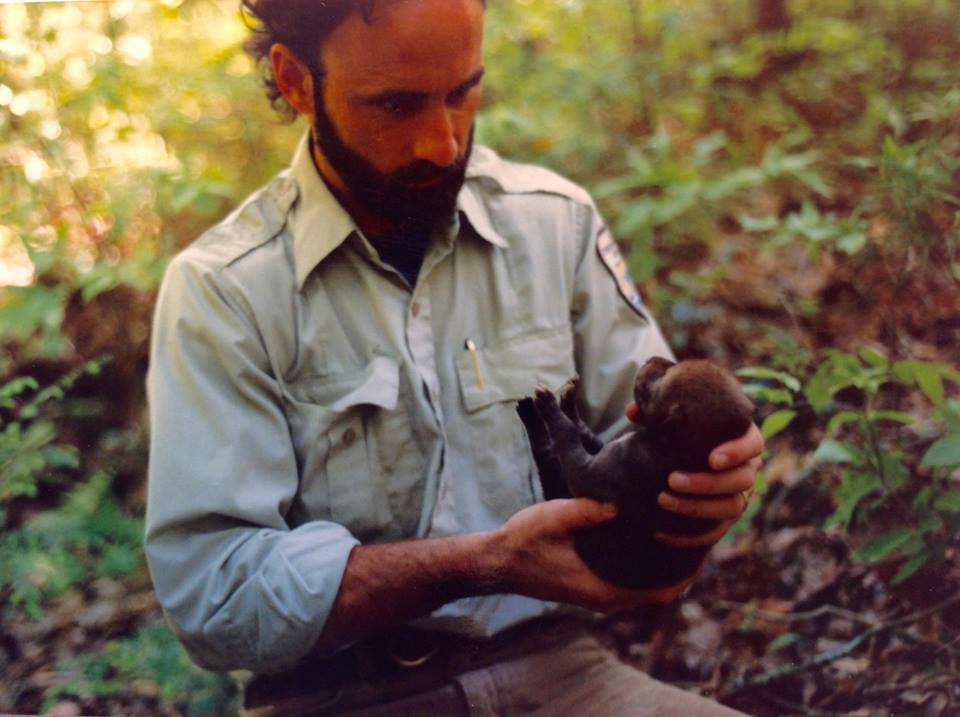 Watch the trailer for the documentary film Staring Down Fate on Chris’ life, work with wolves and ALS here. 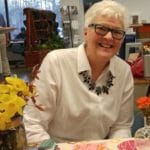 Sara Williams speaks on many topics: home funerals, Veterans’ funerals, green burial, and more. She is a trained home funeral guide, a hospice volunteer, and serves on the Board of Directors for the National Home Funeral Alliance and her local Funeral Consumer’s Alliance (FCA-Piedmont). Sara started and facilitates her local Death Café. She adores the word “psychopomp” and Mexican sugar skulls. Sara’s interest in and acceptance of death has been making people uncomfortable since she announced as a young girl that she loved to hang out in cemeteries. She continues to try and change people’s negative feelings toward death and dying, and is passionate about us reclaiming our sacred tradition of caring for our own dead. Sara is working on establishing her area’s first exclusively green cemetery. Memento mori!