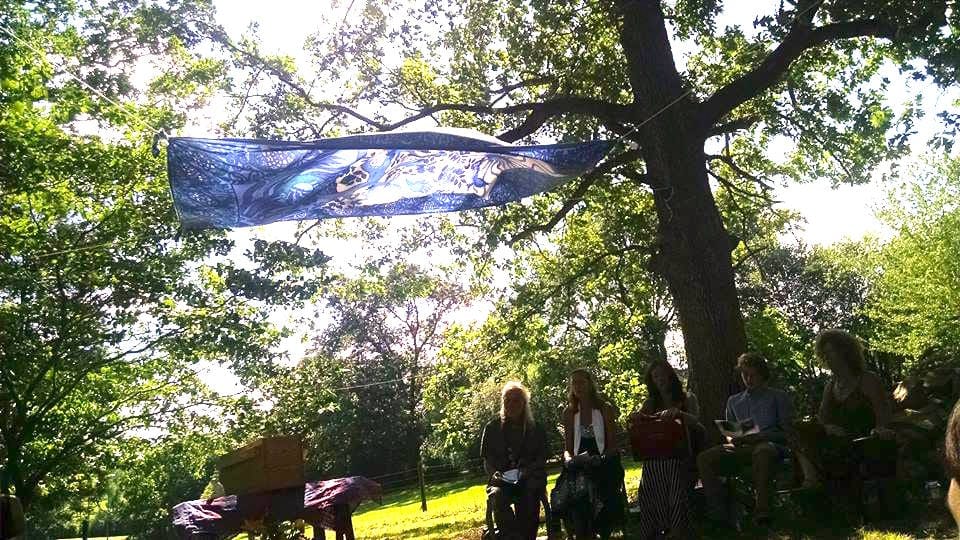 I woke to Bob’s honeyed voice saying “Happy Birthday, dear.” It was Saturday, June 4th. We got out of bed, I put some water on to boil, and opened my card. It said “Dream Big” with a little girl on a rocking horse casting a giant shadow of a woman astride a galloping horse, manes and tail flying. Inside he wrote, “Happy Birthday Love! Many, many, more. We’re not done yet.”

Sipping cocoa from a steaming mug, I opened my laptop. I picked up my phone and read a text, finished my cocoa, and headed over to the neighbors. I walked into Alisa and Chris’s bedroom, touching Chris’s pants leg in passing. His leg felt thin and hard. “Hey Chris,” I whispered. 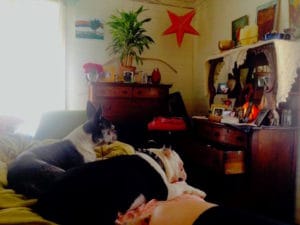 Alisa and her sister Gina were sitting by the window talking in hushed tones. I took a seat on the carpet. The kids were asleep outside the door, a puddle of blankets on the living room floor. The three Boston bulls milled about. Chris lay silent, eyes closed, hands folded over his chest. I had just received one of the most memorable birthday presents of my life, the opportunity to touch a dead man.

When my grandmother died they laid her out in a cushioned casket and prettied her up. My eyes got as far as her hands before I chickened out. If her hands were unnaturally orange, I knew I didn’t want to see what they’d done to her face. I turned around and stood next to my mother, unaware that I was effectively shielding the sight of my grandmother from all who had come to pay their respects. A column of people advanced towards the coffin and my mother gently moved me aside.

Corpse dreams are a thing for me. Once I dreamed I peered into the face of the deceased and saw my own eyes. The flesh beside one eye was scarred and pinched, so only part of that eye peeked through. Horrified, I cried out to Bob, “Bunny! I’m dead…” and my voice was low and thick, like a slowed-down recording. In another dream, I found Bob inside a furnace and I knew it was too late to save him. He was burnt to ashes and there was nothing I could do to bring him back. The horror of these dreams lingers.

Chris and I had a long chat the Wednesday before my birthday. He texted and I talked. He was awash in anxiety, he said, afraid of the unknown, wanting to know what was going to happen to him after he died. I didn’t have much to offer. I’m not a spiritual person. “What do you want to have happen?” I asked. I think we all have a different scenario in mind. For me, I just want my life to be over. I want to be done. The thought of spending eternity in heaven sounds arduous to me, but it’s what my mother lives for. Chris said he didn’t want to be alone. I said, “Well then, you won’t be.”

The next day he was no longer able to swallow. Alisa’s sister flew in from Alaska and their parents drove from Illinois. A stream of friends came by to share music, flowers, their touch, and love with Chris who lay on his bed, heavily medicated. I kept myself busy outside helping get the yard ready for a funeral. Maybe I’d bid him farewell Friday.

But Friday came and went and I never got around to walking into the bedroom. The next time I saw Chris he was laid out on the bed he made himself, atop the afghan his mother made for him, surrounded by roses and dogs. He looked a lot happier than he had on Wednesday.

I was happy, too. All my fears turned around and marched off as soon as I walked in that room. If it turns out there is an afterlife, I’m going to look Chris up and thank him for helping me face my fears on my 62nd birthday. 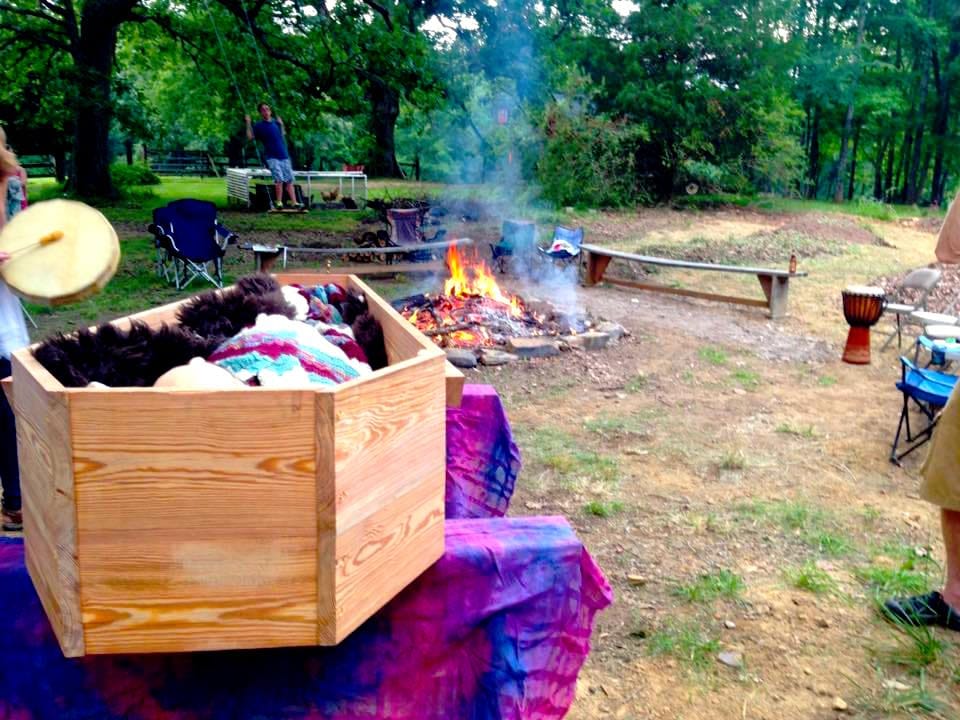