Urban farming in New York – why it’s crucial to sustainability

As the prevalence of the sustainable agriculture and organic farming continue to grow, there’s an increasing amount of focus on locally, freshly grown food.  While it might be hard to imagine, New York has become one of the centers of “urban farming” in the United States, with rooftop gardens popping up all over the city, even in lower Manhattan.  Perhaps it’s no real surprise, as New York was the stage for the largest climate protest in history only recently.

There is also, of course, a very real link between the three growing movements of urban farming, sustainability, and eating locally, which so far looks to be a powerful and positive force that could change how we perceive and enjoy food for future generations.

A pigeon’s eye view of the Brooklyn Grange rooftop farm.

The Rise of Urban Farming

Perhaps the popularity of the urban farming movement in New York is due not only to the fact that rooftop gardens grant access to super fresh and healthy ingredients, but also that this sort of farming is so accessible.  Community gardening and growing initiatives are a great and easy way to become actively involved in changing the way we grow our food and treat the environment.

A number of restaurants have already made rooftop farming the focus of their menus, and almost all urban farms in New York have regular farmers markets and volunteer programs.  The Battery Urban Farm in Lower Manhattan runs mainly as an educational facility, showing local students how they can cultivate and grow their own food in the city environment, which is a great step for the future.

Urban farming is certainly here to stay, and could well be instrumental in helping to solve the problems of feeding an ever growing human population without inflicting severe damage to the natural environment.

There are a number of more subtle benefits as well.  Urban farming can create jobs in deprived areas and grant locals access to good quality, affordable and healthy food, which may previously have been difficult to obtain.  In fact, there are very prominent financial incentives for all involved.  Urban farmers can afford to sell produce cheap, and buying local urban farmed food can therefore be a much better financial option for local residents.  With an increasing focus on eco-friendly living, urban farming offers a cheap, affordable option for everyone.  This can in turn help make sustainability more feasible, as part of wider environmentally friendly lifestyle approaches that can still be achieved on a budget. 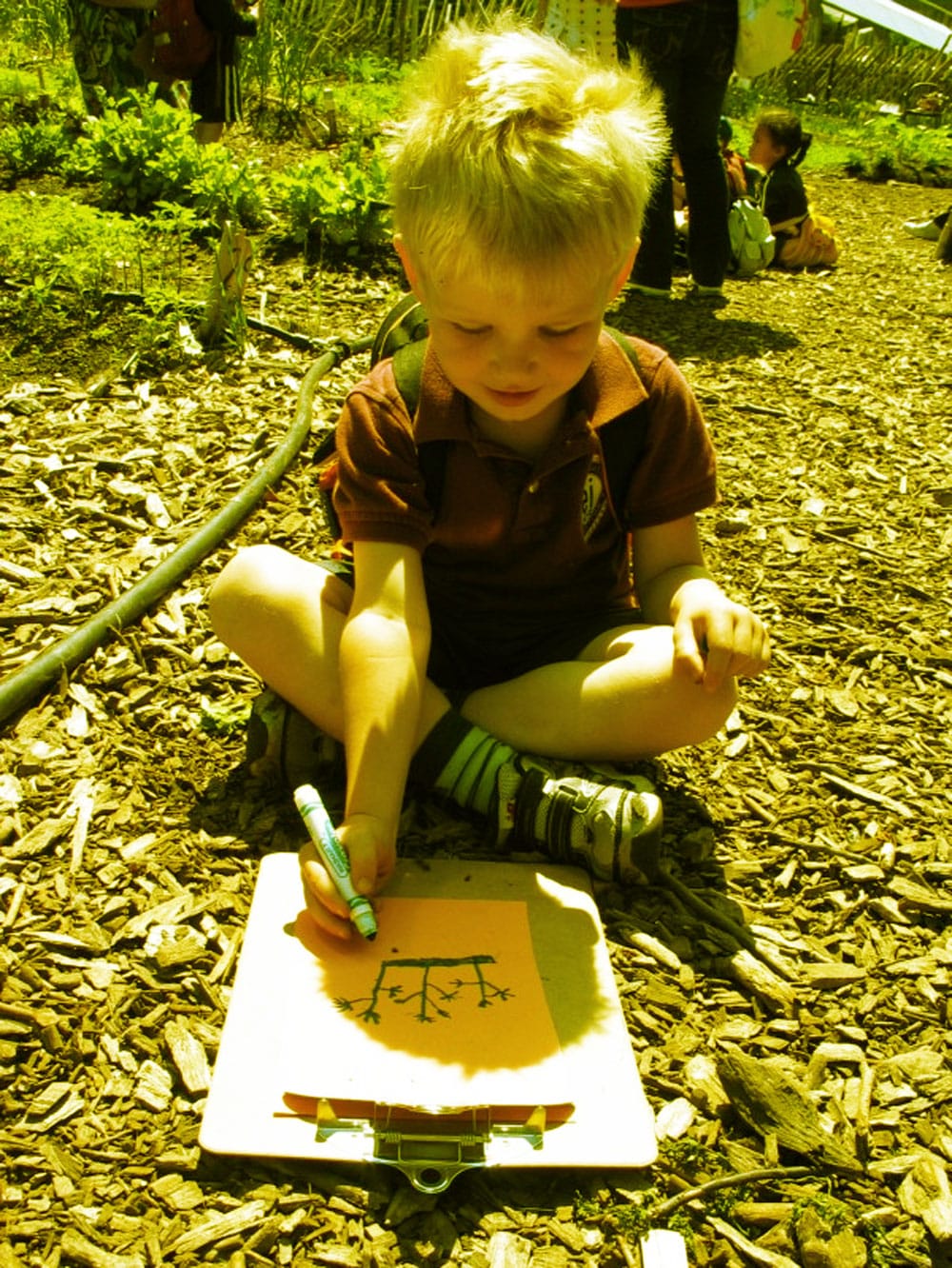 A child getting down in the dirt to draw pictures of the plants he is learning about, at the Battery Urban Farm.

While New York is at the forefront of the urban farming movement in the U.S., the community- and environmentally-friendly approach is starting to take root in a number of other countries worldwide, too.  Perhaps fundamentally, it offers a very real solution to the growing problem of food poverty that affects around 20% of all city occupants.  Food poverty is an issue even in developed countries (such as the U.S., with around 50 million people thought to be in food poverty as of 2009), and urban farming offers an elegant, cheap and effective solution that operates outside of the sometimes suffocating bureaucracy of government.

As global awareness continues to increase, it’s very likely that urban farming will become a major industry, although thanks to the community focused nature of the approach, could remain firmly out of the grasp of large food and farming conglomerates.  This, in turn, could end up reducing our reliance on industrial levels of farming, going on to reduce environmental impacts and climate problems to which the current food and farming industry is a major contributor.

The Brooklyn Grange farm – an oasis in a concrete jungle.

Sky-high beehives make their own little cityscape at the Brooklyn Grange.

Overall, beyond the numerous advantages that urban farming offers in terms of benefits to the local community and environment, it offers something arguably even greater – the ability to proactively foster change with our own hands.  In the U.S., this can often be a seemingly impossible task when going through official channels, but urban farming is showing many of us that even the most impoverished and ignored communities in large inner cities can empower themselves by taking control of their own food supply.

There are certainly huge advantages that go hand in hand with urban farming, not least the ability to help ourselves while at the same time helping each other and the environment.  As a result, New York could well be the breeding ground for something that changes how we think of farming in the future, in many cases for the better.

Watch this video about Eagle Street Rooftop Farm, showing many aspects of one of New York’s new urban farms.  Check out the view!