Why 2016 will be the Best Year Yet for Climate Justice

Already in 2016, communities around the world have been forced to confront climate disasters of all sorts.

​Latin American countries are working with a sense of urgency to prevent transmission of the Zika virus, which spreads increasingly quickly in rising temperatures. From Indonesia to Malawi, people are grappling with the effects of what NASA estimates may be the worst El Niño on record: severe flooding in some regions and dire water shortages in others have resulted in food crises, mass migration, and economic mayhem.
Although the United States and much of Europe have also experienced unprecedented temperatures and rainfall as a result of El Niño, it has been poor southern nations who have suffered most deeply and most immediately.

Climate injustices like these are becoming obvious to citizens all over our rapidly warming world, and governments (both national and global) are simply not responding with the expected urgency. Most recently, the United Nations climate negotiations in Paris gave rise to a climate deal that still destines our planet to a catastrophic 2.7ºC temperature increase, and provides few concrete mechanisms to protect vulnerable communities from the dangers of this warming. However, at the same time that climate justice activists condemned the failure of governments in Paris and grieved over the grave conditions many communities face as a result of climate change, many also expressed a resounding sense of optimism about the future.

How can we know that our governments have been unresponsive to those who need them most, and still maintain hope for climate justice in the near future?

To understand this apparent contradiction, I spoke with some of the people most vulnerable to, and perhaps most knowledgeable about, climate change impacts: women of color and women from the global south who are leading in climate activism.

At the end of these conversations, I, too, felt hopeful. Here’s why:

Historically, the climate movement has been dominated by those at the forefront of climate science and policy, rather than those on the frontlines of climate change impacts.

Scientists and policy wonks may know a lot, but they are frequently far from the realities of the communities being ravaged by extreme climate impacts — detached from both the issues and the solutions that exist on the ground. However, in recent years, as climate impacts have grown in severity and frequency, the climate movement gave birth to a new movement — one that has the potential to become one of the world’s most diverse and intersectional social movements yet.

The climate justice movement has made itself into a space for communities around the world who have been systematically silenced and oppressed and are thus more vulnerable to climate change. The movement has made it possible for these communities to not only join together, but to take the megaphone and lead.
​
“There is definitely a call for colored people, especially those from vulnerable groups,” Kimberly Lopez Castellanos of [Earth] explained of the climate justice movement. “We want their voices to be heard, their stories to be told and their energy to be passed onto big groups of people.”

Ashley Franklin of the Labor Community Strategies Center, a labor rights, human rights, environmental justice organization based in Los Angeles, affirmed that her identity has been an integral and beneficial part of her involvement in the climate justice movement.

“I think being a woman of color from a working class family, with a parent who’s an immigrant to the United States only gives me more ammunition to state that it’s my right to speak up here,” she said.

Franklin explained that the inclusionary nature of the climate justice movement has allowed for intersectional struggles to be emphasized and acted upon. In the past, “the climate space has not been a black space, but we now understand that the climate struggle IS the black struggle,” she said.

This makes the climate justice movement dramatically different from traditional environmental movements, and its strength lies in this difference.

Conventional environmental movements have garnered attention primarily from (or are perceived to be dominated by) the highly educated, white middle class — limiting both their membership and their ability to affect positive change in vulnerable communities.

Climate justice, on the other hand, acts as a platform for the empowerment of perpetually marginalized populations, and in so doing, brings together “the 99 percent” and highlights both the needs and the solutions of the people.

For Magline Peter, a small-scale fisherwoman and member of the National Coastal Women’s Movement in India, becoming a climate justice activist was not so much a choice as it was a necessary step for survival.
In her region — particularly for the many female fishworkers there — “life depends on the climate, it depends on the seashore.,” she said. So for Peter, the fight against big coal, mega-hydro and other inequitable energy industries, is not only a climate issue. “It’s a job issue and it’s a livelihood issue,” she said.

Unfortunately, as the climate crisis intensifies, more and more people internationally will experience climate change as “a livelihood issue.” But as this happens, we are also bound to see a surge in those fighting against climate change, organizing locally, and bringing community solutions to light.

Finally, when I asked Peter how she saw the future of the climate justice movement, she broke into a grin and took my hands.

“Very active, strong youngsters — especially young women! — are bringing me hope,” she asserted, explaining that the involvement of youth in the movement was unparalleled and extremely heartening.

Youth participation in the climate justice movement was impossible to miss at the Paris conference. Both inside the negotiations and in the civil society space, hundreds of young climate activists propagated the concepts of intergenerational equity and historical responsibility through dialogue at the negotiating tables and powerful, carefully planned and executed demonstrations. And action did not end in Paris: youth organizing has continued in local communities, globally.

A large part of the climate justice movement’s recent success is a result of the previously unimaginable ease with which people — especially youth — are able to communicate across oceans, languages, and cultural barriers.

Social media networks and international digital communication have given the movement momentum, and this momentum is only likely to grow as we become more connected.

In numerous, tragic ways, 2016 will not be a break from the status quo and, at first glance, prospects of climate justice may seem bleak. Like the last two years, 2016 might bring yet another round of record high temperatures and extreme weather, which inevitably ravage underprivileged communities and the least developed countries first and worst.

Nonetheless, it is becoming increasingly clear that the power lies with the people, and that the people are more ready than ever to stand together for climate justice.

Youth, women, indigenous communities, southern citizens, and people of color everywhere are being united around a common goal and building on each other’s strengths in order to lead a movement of the people, by the people, and for the people — despite the silencing of their voices at the negotiating table or in the halls of Congress.

Their power lies in their numbers, their solutions are rooted in science (not in corporate coercion), and the message they preach will only become more convincing as climate disasters become more severe.

As we move into this next year, there is not only room for hope — there is a need for it. It is only with hope that we are moved to act, and 2016 must be a year in which we act with unprecedented force, resilience, and unity. I believe it will be, because it must be. 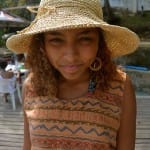 Kari Malkki is a senior at Brown University concentrating in Development Studies with a focus in Latin America. She also works as a Sustainability Intern at Brown’s Office of Energy and Environment, and a researcher in the Climate and Development Lab. When she’s not writing about climate justice, she may be found dancing, trail running, or eating a popsicle.