Why biochar? Why make it good for earth and climate? 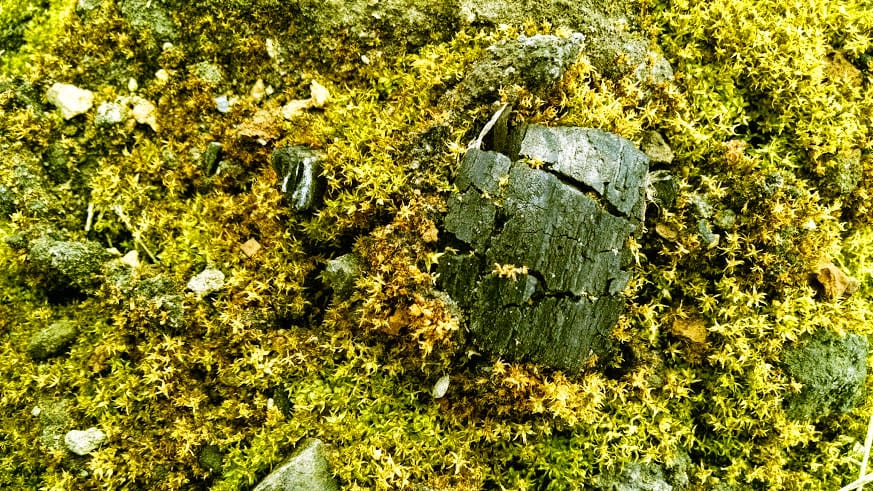 Moss growing on the fertile ground of biochar.

My dad calls me a biomass nerd.  I confess, it’s true!  I’ve been very lucky to have spent nearly 8 years studying biomass, bioenergy, and promoting sustainability in bioenergy.  One of my greatest concerns is long-term impacts on our Southern soils.  We are already starting behind the eight-ball – after hundreds of years of poor farming practices, much of our soil is spent of fertility.  In many parts of Florida, Georgia, North and South Carolina, and Tennessee, what was once rich farmland growing cotton, indigo, tobacco, grains and vegetables, is today so eroded and depleted that growing pine trees is the only productive option for the landowner. 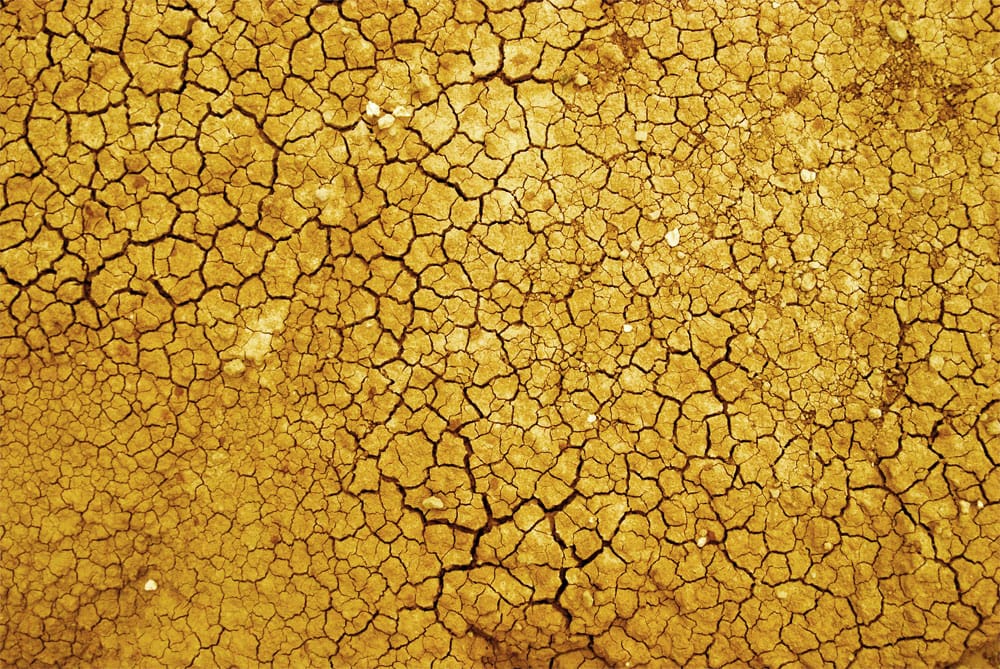 So how can we fix our soils?  People who study soils tell me that there are four basic things we can do to heal and rebuild our soils, but I’d add one more.

How to rebuild our soils: 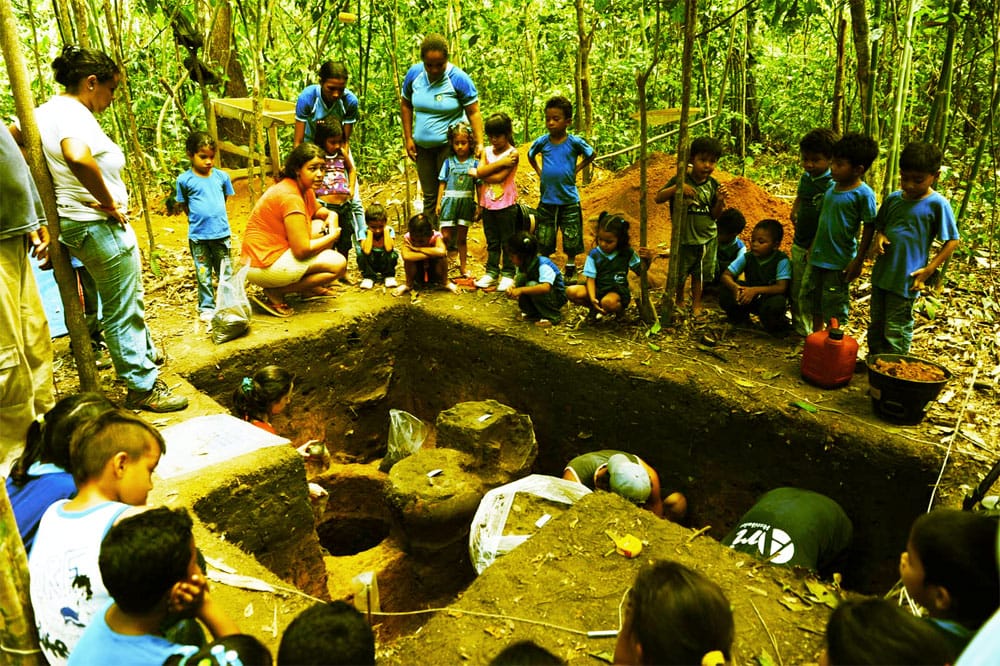 Digging for ancient use of biochar.

It takes about 100 years for natural processes to remove CO2 from the atmosphere — we have to find ways to help nature along. Biochar is one of those ways.

Like many ancient technologies, biochar has lots of benefits: In this case, we can both enrich the soil and store carbon in a nearly permanent form.

If you could continually turn a lot of organic material into biochar, you could, over time, reverse the history of the last two hundred years… We can, literally, start sucking some of the carbon that our predecessors have poured into the atmosphere down through our weeds and stalks and stick it back in the ground. We can run the movie backward. We can un-mine some of the coal, un-drill some of the oil.

Theoretically, the carbon-sequestering potential of soil is massive.  Dr Rattan Lal of Ohio State University estimates the technical potential at about 2 to 3 billion tons of carbon per year for the next 50 years.

In recent years I’ve encountered lots of people interested in making their own biochar at home, or on the farm.

Let me say, I’m big on DIY.  I’ve made my own biodiesel.  I make my own nutritional snack bars.  I’ve sewn my own clothes.  Printed my own tshirts.  Grown my own food.  My family’s business started with my mom making our own cheese.

But with biochar, I have mixed feelings about DIY.  It is possible to do more harm to the climate by making your own biochar poorly than if you hadn’t attempted it in the first place.  Wood smoke contains lots of greenhouse gases (GHGs), including methane (CH4), carbon monoxide (CO), and other junk — methane being the most worrisome.  Even very brief momentary burps of wood smoke can contain up to 5% methane.

Methane is many times stronger than CO2 at trapping heat in the atmosphere.  One source pegs it as between 24 and 86 times more potent than CO2.  Depending on your time-scale of reference, it can be 500 times more powerful than CO2.

Simply put, when we make biochar, we roast biomass in the absence of oxygen, and this produces gases and vaporized tars (aka smoke).  This smoke is blackish, grayish, or yellowish.  Contained in this smoke is water vapor, soot, carbon dioxide (CO2), carbon monoxide (CO), methane (CH4), and VOCs (volatile organic compounds), plus thousands of other chemicals in smaller amounts.  According to EPA, methane in smoke from burning wood is estimated to be about 1.4 to 2.5%.  It can be even higher in smoke from pyrolysis or gasification of biomass. 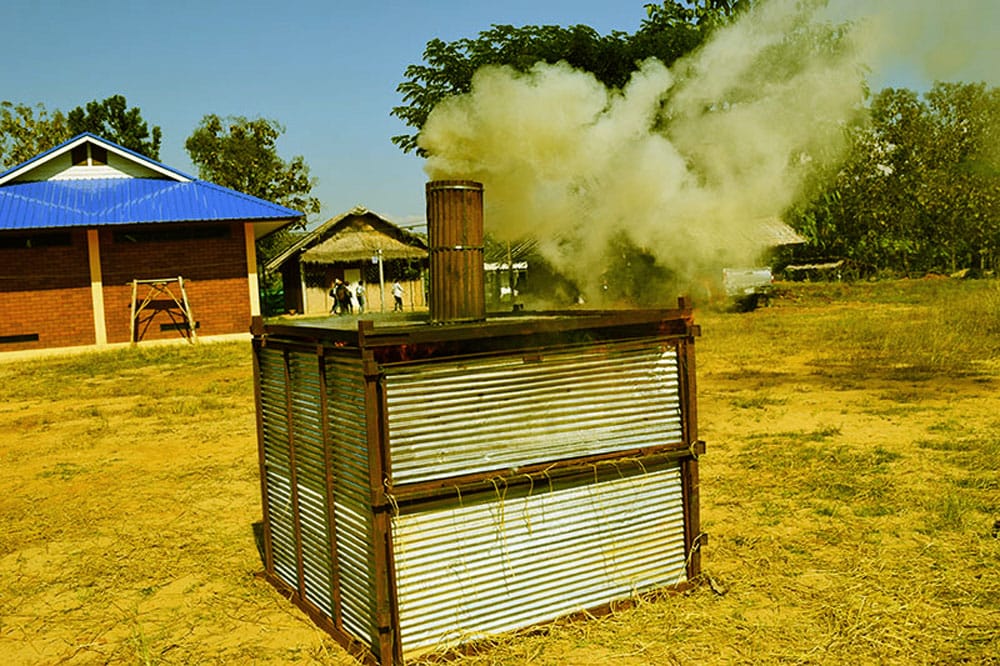 If 3% Methane-CH4 is emitted, then there is more damage done to the atmosphere by increasing the Methane-CH4 content than could ever be recovered, even if all of the carbon from the original biomass could be captured and sequestered. [source]

In other words, the greenhouse effect of the gases we create while making biochar could exceed the carbon-capture benefit of biochar stored in soils.

The challenge is that with simple home-scale biochar systems, it is much more difficult to eliminate these burps of smoke. 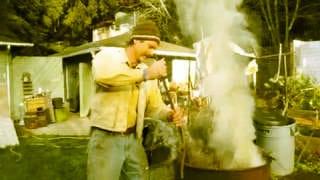 Another really important consideration is the heat or chemical energy resulting from pyrolysis.  Most backyard systems waste this bioenergy.  In the 21st century, I personally feel that wasting any energy is immoral.

To fix these problems with DIY biochar, we have two options:

Also, not all charcoal is biochar.  And not all biochars are good biochars.  It’s easy to pyrolyze biomass, but not so easy to make stuff that is optimized for soil (or filtration, or soil remediation, or feed supplement, etc).  So when we make it, we need to make sure we’re making high quality biochar.

These new perspectives are life-changing for me:  As I was growing up, in my family I was the little boy who was fascinated by candles.  It was my chore to build the fire in the fireplace, clean the ashes, prepare the wood, etc, and I loved it.  In college, I was the guy who built and minded the bonfire at the big parties.  But I won’t do it any more.  The costs to the planet of all this smoke are too high.  I guess you could call me a reformed pyromaniac!

It’s certainly possible to have small-scale systems that are clean and efficient and make good biochar.  Because I want people to do it the right way, both good for the earth and the climate, I am offering DIY workshops on small-scale biochar production. 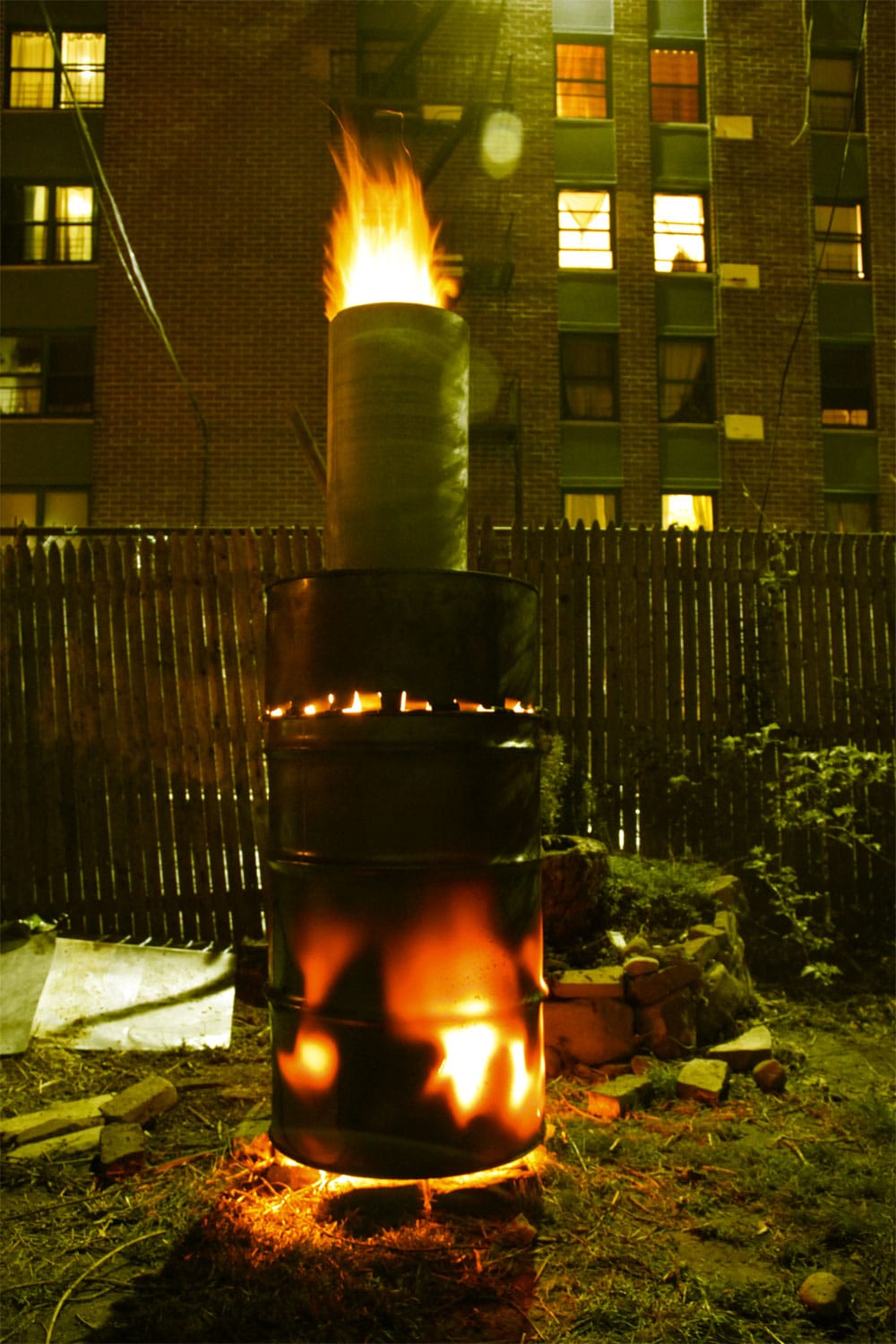 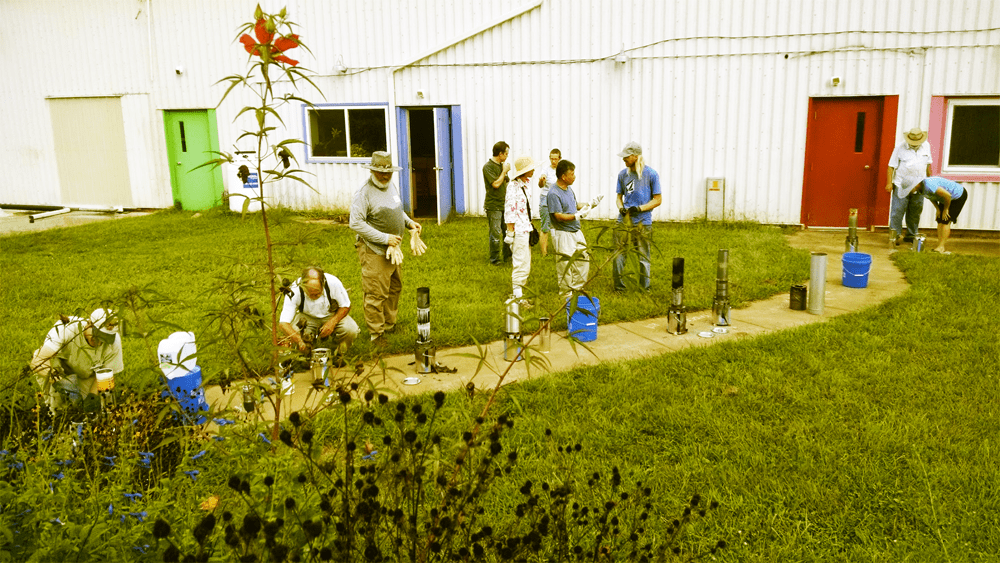 Learn to make your own biochar at one of my upcoming classes:

I don’t mean to discourage aspiring biocharistas, but I do mean to encourage folks to challenge themselves to do it right.  In the 21st century, with access to internet and workshops, to do any less would be lame-o.

Come join us at one of the upcoming workshops! 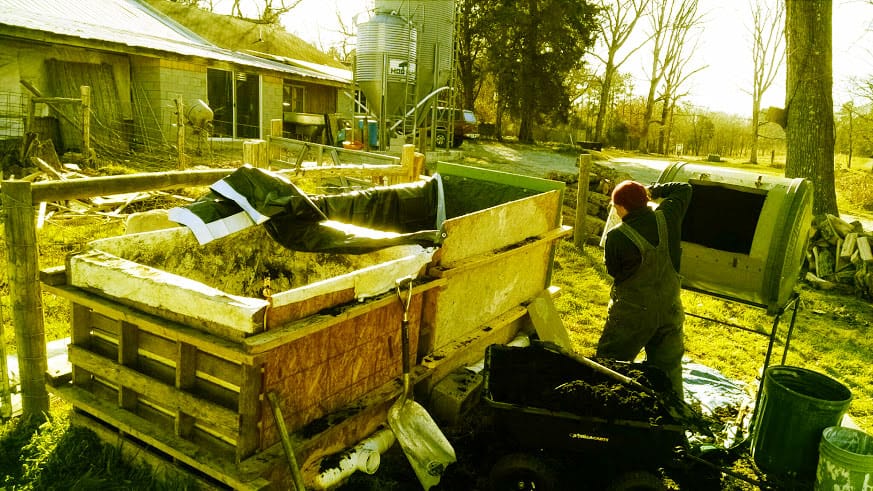 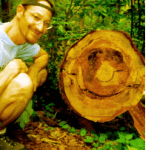 John Bonitz’s environmental career began as an award winning solid waste & recycling manager at UNCG.  Graduate studies in climate policy brought him to the National Renewable Energy Laboratory (NREL), where he analyzed cost-effective renewable energy technologies.  At RAFI-USA his work in sustainable agriculture addressed the challenges of financing farm ventures.  During seven years with the Southern Alliance for Clean Energy, he worked to ensure that bioenergy is developed sustainably.  Now, independently, John is working to the goal of reversing climate change by putting carbon back in the soil where we need it.  He lives with wife and two young kids in Pittsboro, NC.

Get in touch:
Find Bonitz on Facebook or LinkedIn.