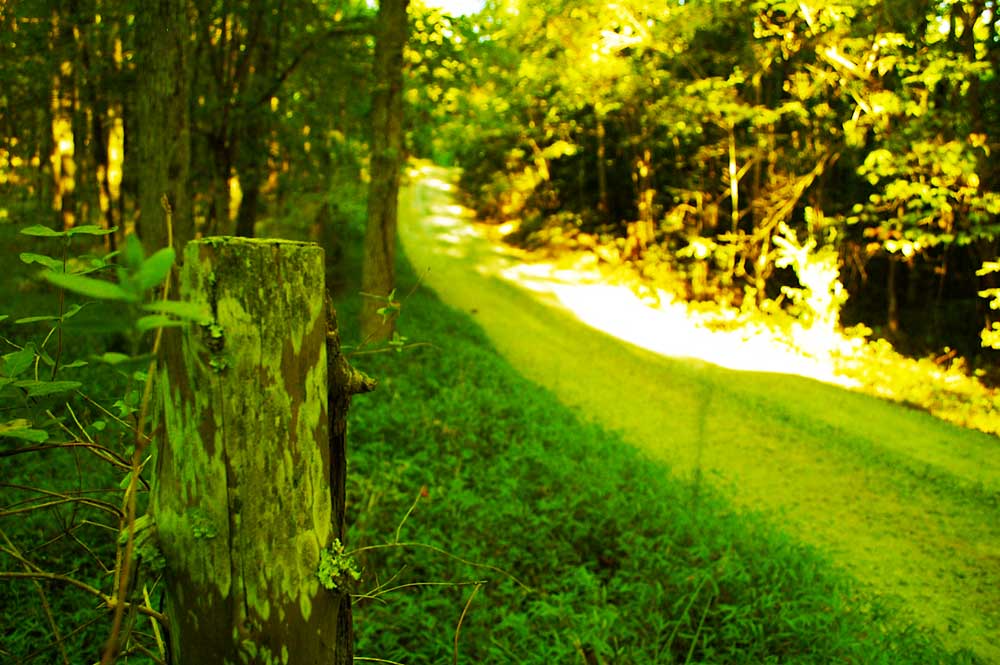 The “before” picture. The lane leading to the Oilseed Community, where new development is planned.

We first met the folks from Chatham Park Investors years ago, when they started acquiring massive amounts of acreage in Chatham County for their impending, and huge, multi-use development, Chatham Park, which was officially approved last summer.

On hearing of their plans to build here, my first thought was that, if they were going to benefit from this beautiful place, then they should support the non-profits here who are working to build a more resilient community.  My husband Lyle and I drove across the lake and had a meeting with developers Tim Smith and Vanessa Jenkins.  They were polite… and they were clear they were not parting with any funds for nonprofits at that time.

At the end of our meeting they did mention some abandoned housing that needed a caretaker. Piedmont Biofuels had an active intern program and was in need of inexpensive housing. It was a good fit, and Oilseed Community was born.

A stick built house, one trailer and a large modular house became low cost housing to biodiesel enthusiasts. The income from rents collected provided some funding to help carry on the intern program. It was a huge gift and a good symbiotic relationship. Piedmont looked after the property and managed the people. The complete story of Oilseed community is chronicled in Lyle’s book, Industrial Evolution. 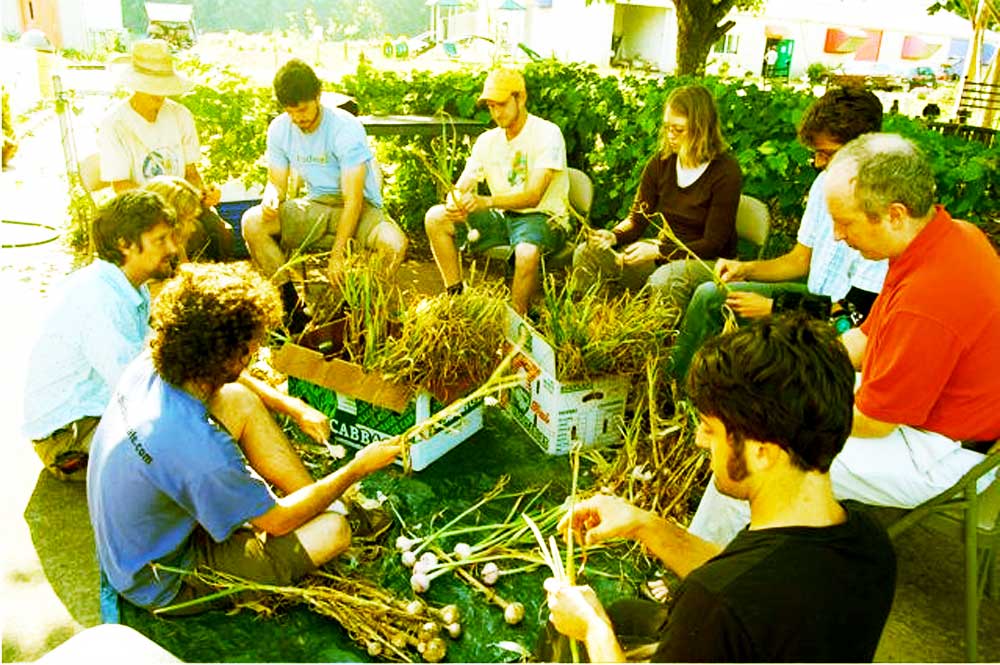 Interns cleaning garlic at the Plant.

Former Piedmont interns can be found with careers in renewable energy all over the country. One went on to buy alternative fuels for the Pentagon. One went on to run an energy foundation in California. One developed a renewable fuels program for Clemson. Another went on to operate a farm scale plant in Florida. One went into communications for the National Biodiesel Board. 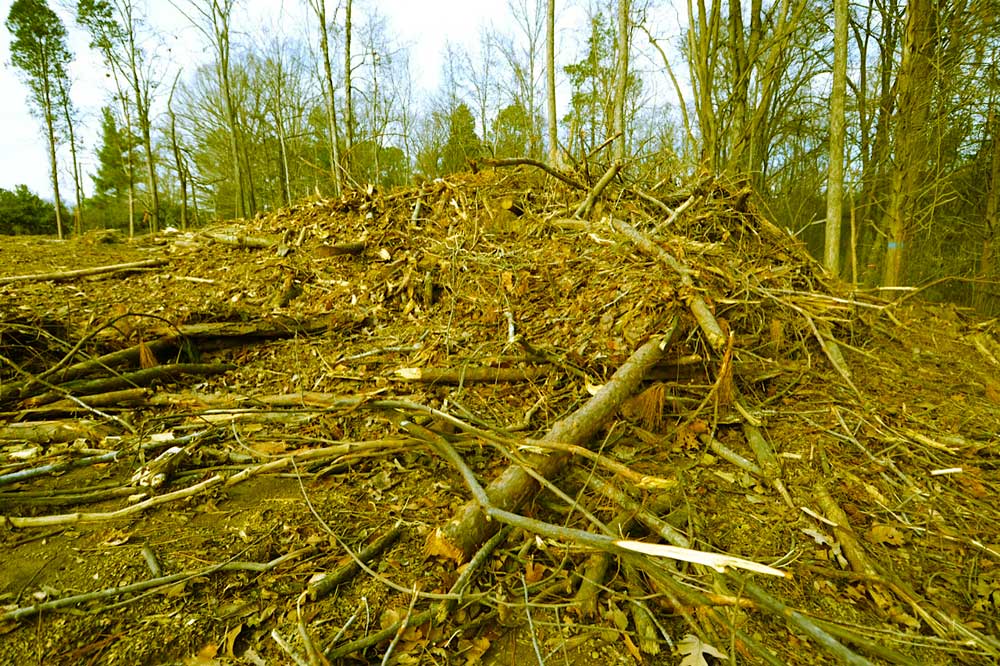 The “after” picture: A Chatham Park clearcut underway.

Chatham Park Investors has procured even more land. They have had their way with our local politicians. Today they are busy logging. Our forests are vanishing at an amazing rate. They are bulldozing, and road building for a new hospital and solar farm. The press is all over it — including quoting me.

In public hearings they told us they were a “green developer,” and that they proposed to build a “carbon neutral” community. To the astonishment of many, they are now burning the green crowns and limbs they cannot sell — destroying our air quality and leading some to suspect they lack the necessary awareness to substantiate their claims.

One task that lies before us is determining how we can turn a negative into a positive. I completely understand the need to take profits into account when making business decisions. I am a local business owner, who has started many businesses and organizations, and I run Abundance NC– a successful non-profit. It all takes money.

Chatham Park is the fifth largest planned development in the nation, and the largest in North Carolina history. It is scheduled to destroy 8,000 acres of forest, jeopardize our already compromised Haw River and Lake Jordan water supply, and completely change the rural character of this place.

Can we hold the developers to their word?

I think Chatham Park Investors should assemble a task force of local folks that could advise on environmental issues, local economy, and sustainable agriculture. I know who my dream team would be. It might not be what they have planned, but I guarantee it would become a model for the nation on building a resilient and sustainable community.

Chatham Park Investors should put some real thought into building cooperatives, nature preserves, green space, and habitat for wildlife into their development. They could build in an emphasis on locally owned businesses as opposed to chains, big box stores and strip malls. They could exceed the building codes and make solar orientation the standard. They could build tiny houses instead of McMansions. They could put in safeguards around lighting to protect our night sky.

They could incorporate public transportation and bike lanes into their thinking, so that our population could become more fit, because we won’t be sitting in traffic all day in our cars.

Chatham Park Investors could incorporate affordability, the desire to own less stuff and the true meaning of happiness into their plans. 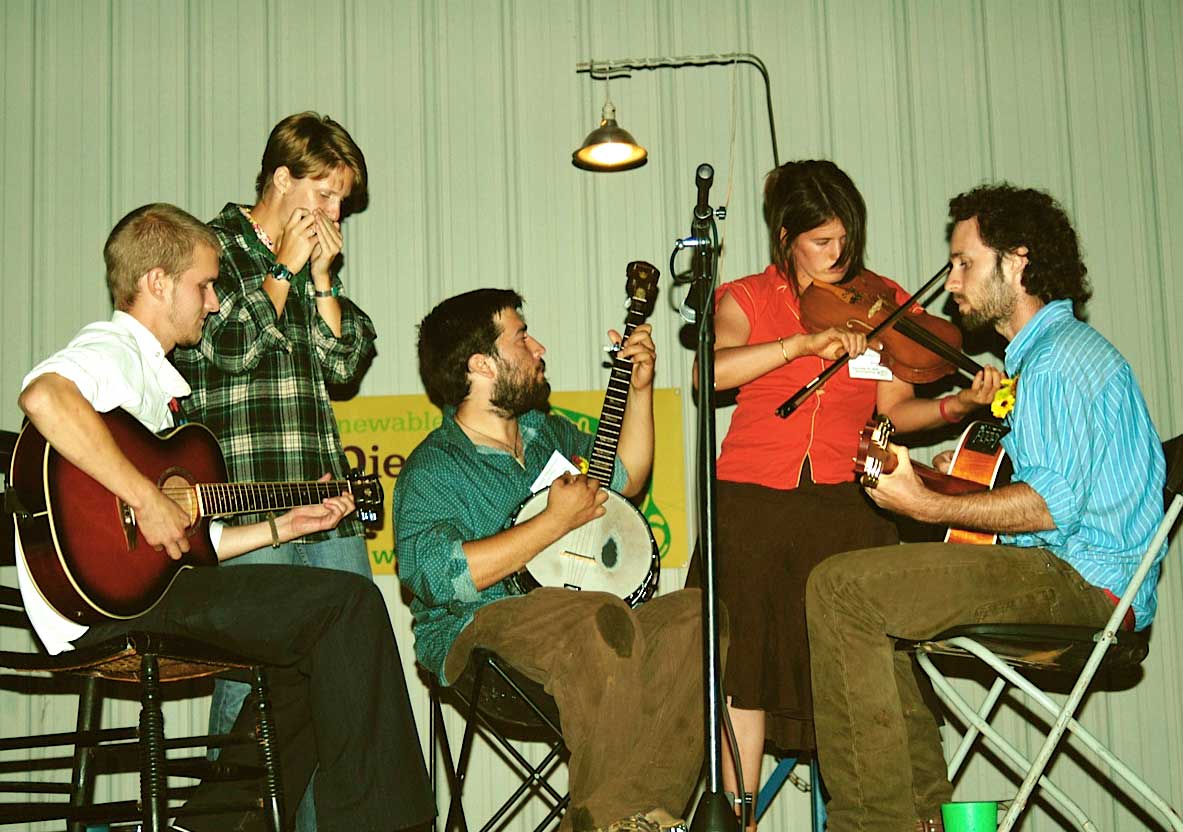 A string band composed of biofuels interns living at Oilseed. Oilseed was in many ways a model way of building community, with their gardening and renewable energy projects and living and gathering together to celebrate.

It’s easy to envision a very special future for Chatham County. I know that Chatham Park Investors has some good ideas about mixed use, walkability and other “green” attributes. I also know that we have a lot to learn about how abundance can be wrought from including “people,” and “planet” in the equation.

Pittsboro Matters is an organization that was created in response to Chatham Park Investors master plan proposal. They have some extremely smart and passionate folks working on this issue, including Elaine Chiosso of the Haw River Assembly. Elaine understands water stewardship like no other. If Pittsboro Matters and Chatham Parks could start collaborating, instead of fighting one another, we could make huge ground.

I’m sure if we could put on the shoes of Chatham Park Investors, we would understand some things we do not today.  But my hope is that they will see the long term benefit (seven generations perhaps?) of creating a truly sustainable and resilient community. I’m going to work on manifesting this hope for 2015. 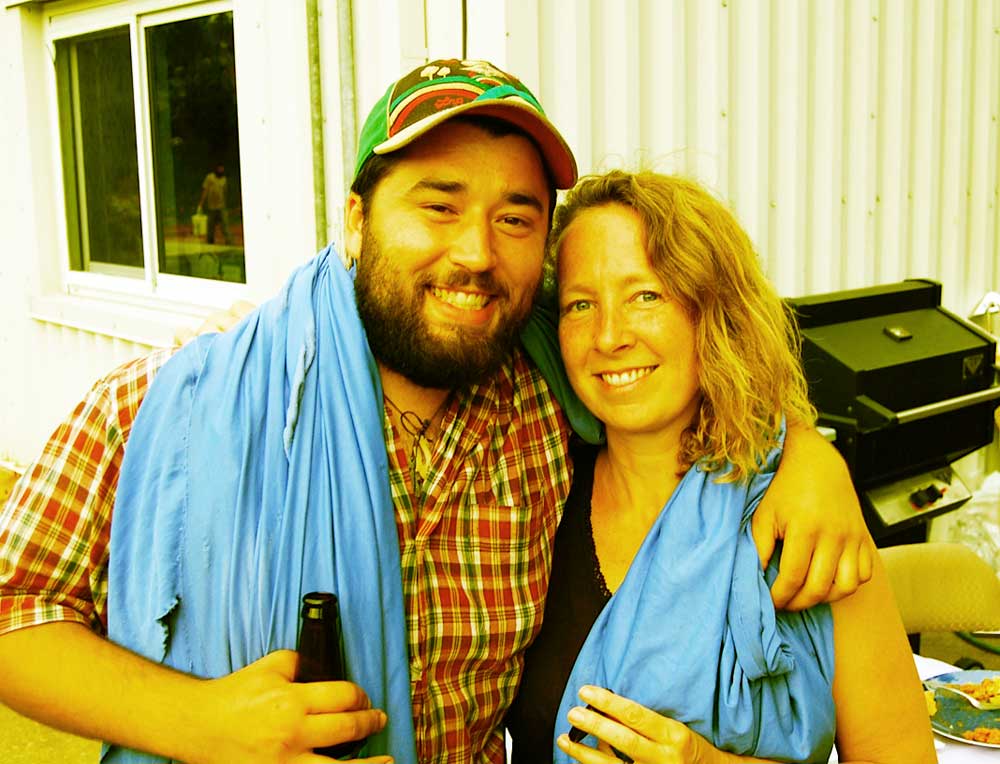 Which makes me wonder, what would your resilient community look like?  Answer in the comments below.