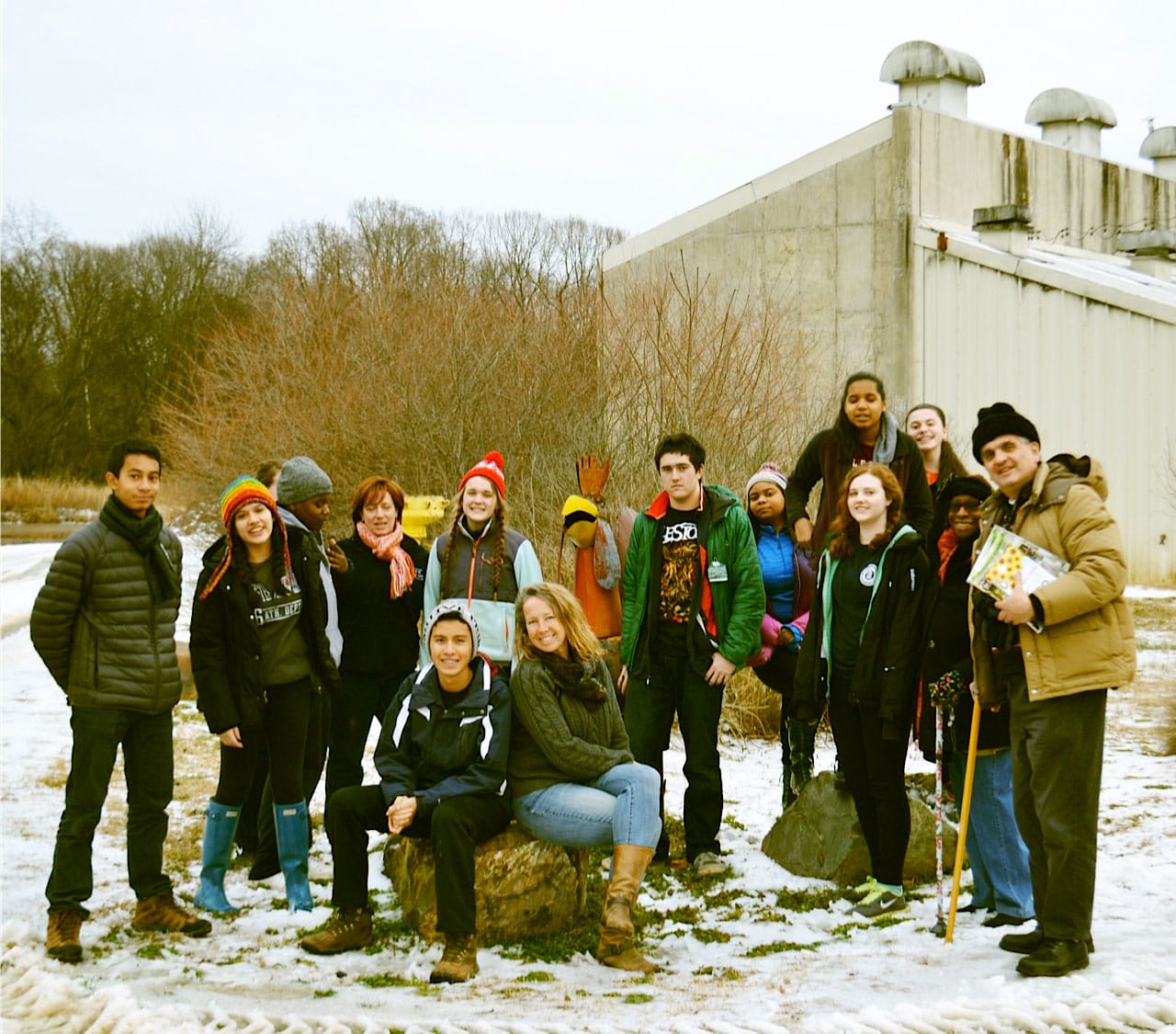 That’s not remarkable. We have thousands of visitors each year, who come from all over to tour the Eco-Industrial Plant we call home, for hands-on learning about sustainable and regenerative practices. What was incredible about this group is that they came for two days, driving through the snow and the freezing rain to get here, as the world closed down all around us.

It was an adventure, but these kids were up for the challenge.

One day, as they were clearing a sidewalk from the kitchen to the lab with spades and push brooms, one of them asked where our snow shovels were kept. “We don’t have snow shovels,” was the reply. “It doesn’t snow in North Carolina.” 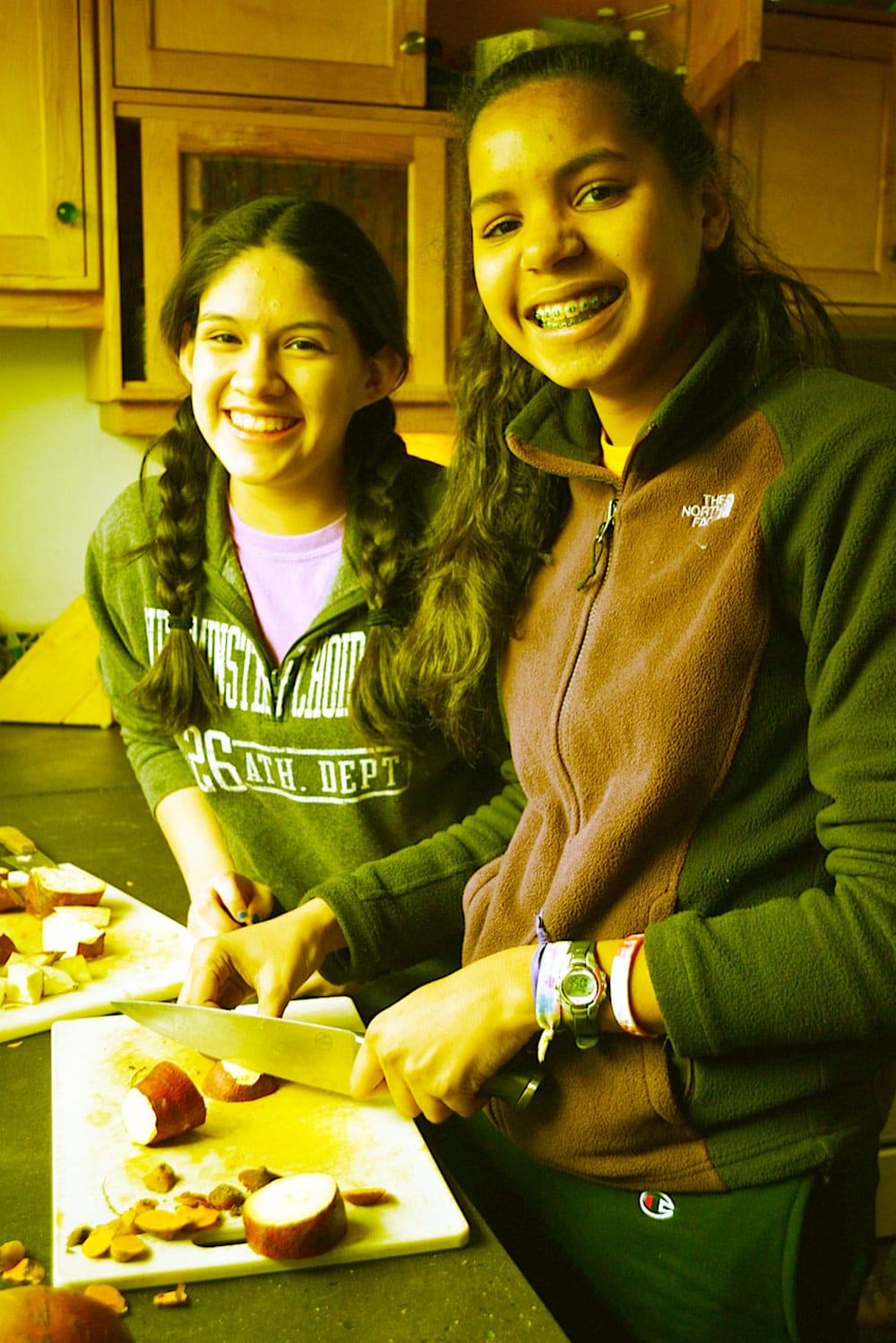 For two days these kids lived with us at the Plant with their three chaperones, Kristin, Phyllis and Charlie. Over at Piedmont Biofarm they planted broccoli seeds in the greenhouse, harvested in the high tunnels and cooked with the farmers from food they had just picked. A favorite was the sweet potato biscuits (recipe following).

Since it was an “extended tour,” we tapped some outside talent to help out. Marty Hanks braved the 20 degree weather and came down from Chapel Hill. He’s the founder of Just Bee Apiary, and he has a handful of hives at the Plant. His theory is that honey, like wine, has a detectable “terroir,” a unique flavor based on varying soil and climate conditions. 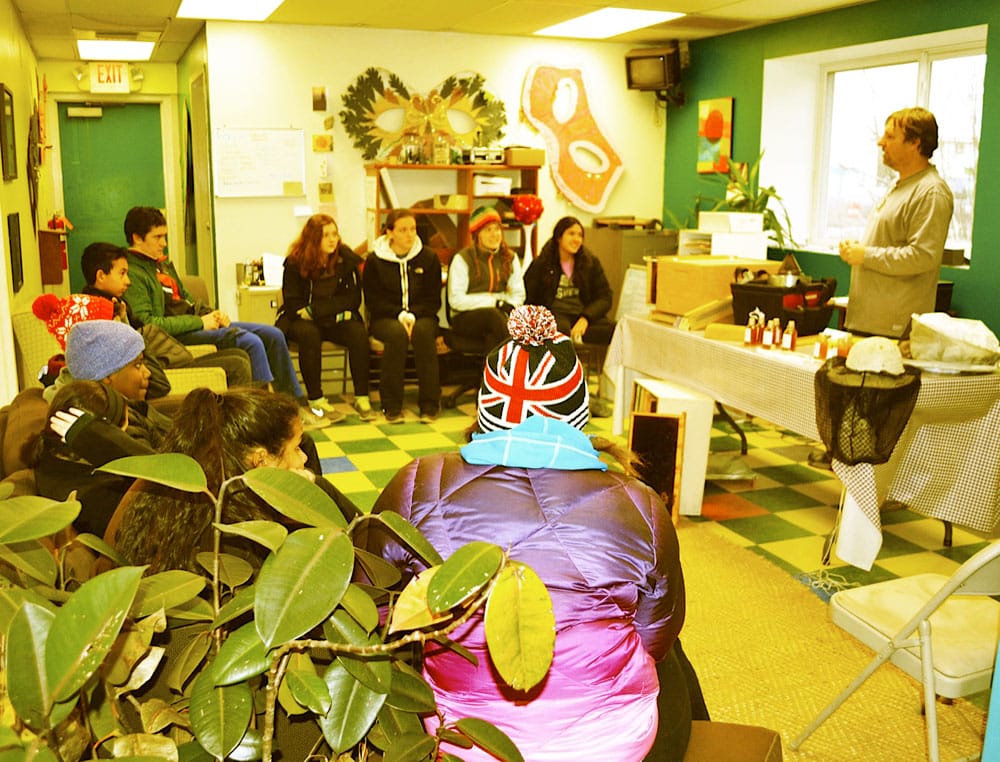 A little bit of classroom time with Marty Hanks.

Abundance NC had the kids evaluate their time at the Plant. One comment read, “I learned more about the environment in one hour with Marty than I do in a year at school.”

We also brought in Leif Daimant, our local botanist/spiritualist. He had a campfire with the kids at our campground, and bravely waded into topics like earth stewardship from varying faith traditions. Everyone picked pine cones and wrote things they would like to rid from their lives and stuffed into the pine cones and threw into the fire. The kids loved the ritual, although there were some exploding pine cones. 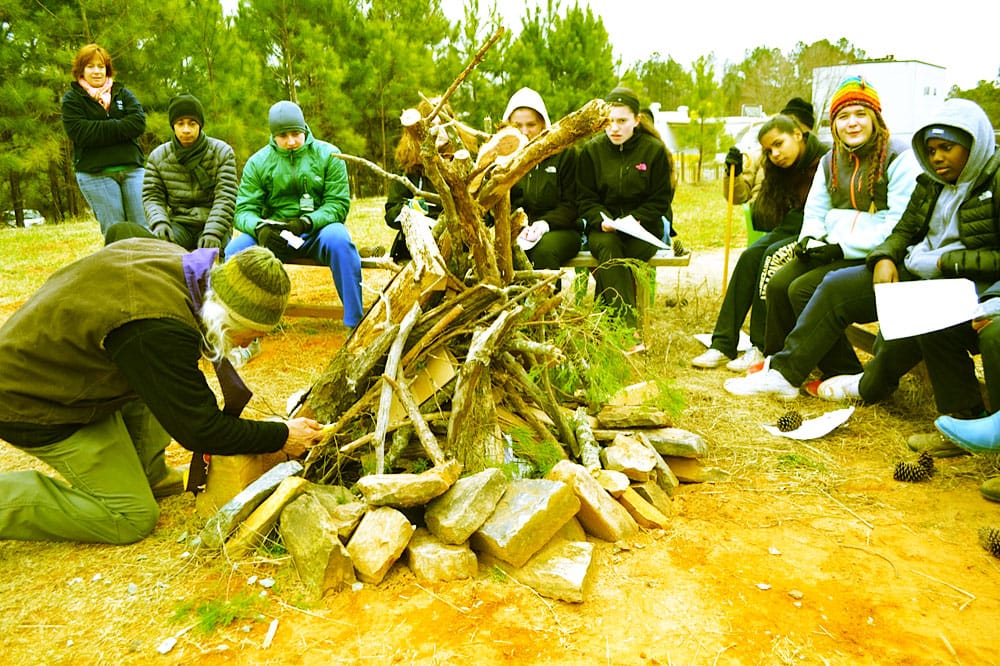 Lief Diamant showing the kids how to build a campfire. 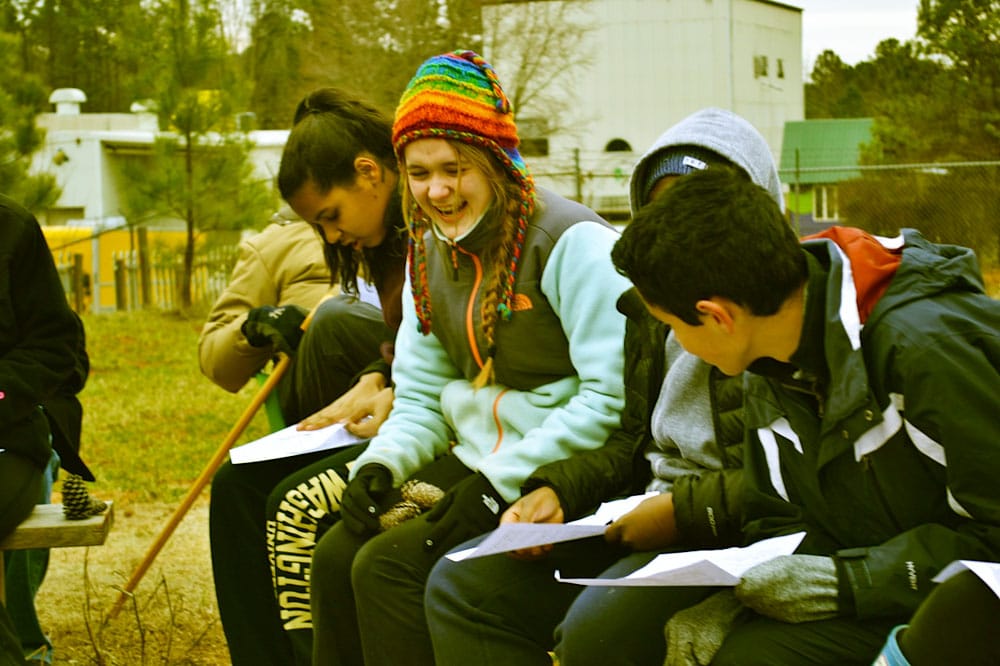 The kids writing the notes to place in their pinecones.

Over at Piedmont Biofuels, Lyle Estill put a bunch of kids to work emptying small jars of cilantro- and garlic-based cottonseed oil into a big drum, as feedstock for the next batch of biodiesel. They also had a chance to make a couple of mini-batches of fuel in the lab. 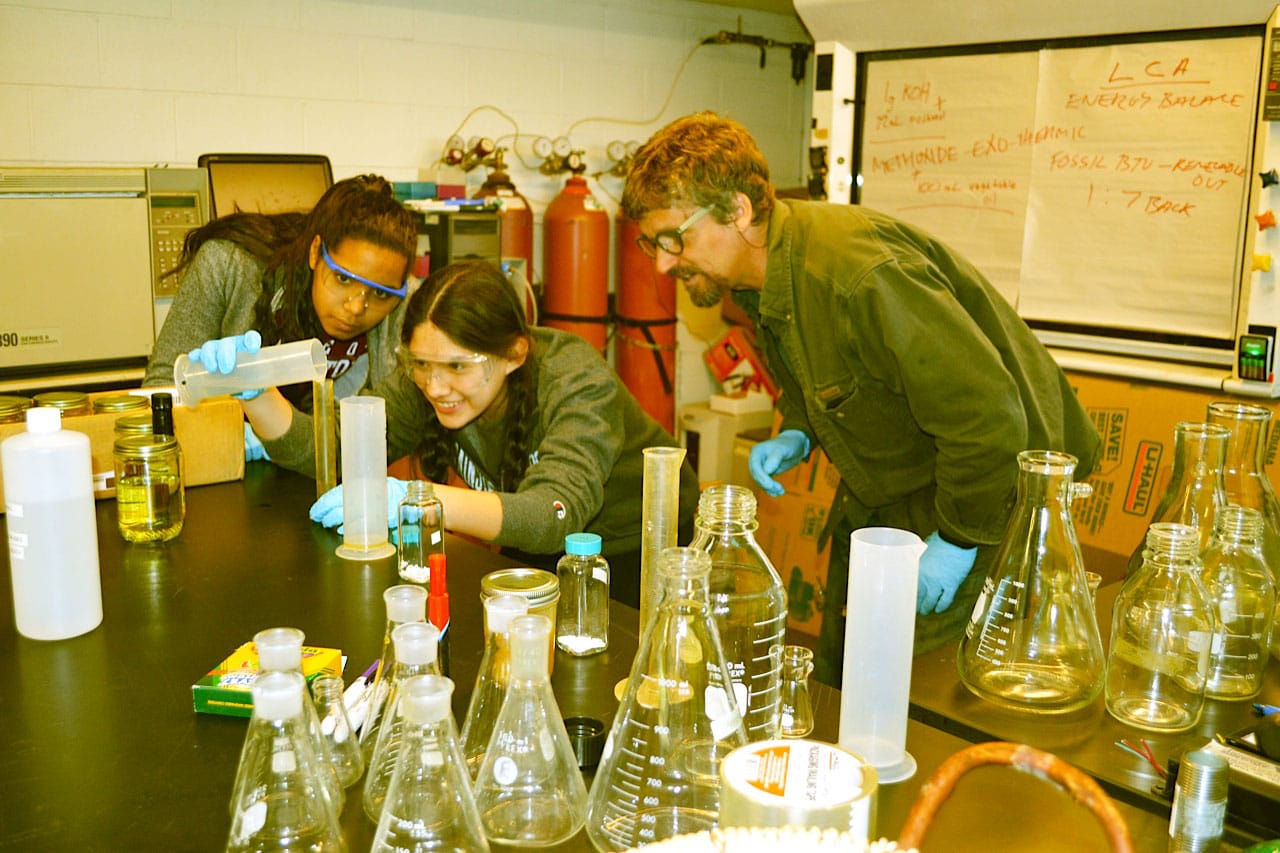 All in all it was a blast hosting these kids. We had all hands on deck to provide an educational experience that was in the words of one person attending, “super fun.”

Some writings from the kids:

This quote was given to us by Leif, our spiritual ecologist, and it really spoke levels to me because it is saying you can either go through life not finding anything interesting or amazing and have a cool exterior. Or you can find something amazing in everything, even the sad things in life and ultimately just “stop and smell the roses”.

I always try to find all these amazing things in life but in this current day and age it would be an understatement to say that it is difficult at times. But maybe we should look at these happenings as a chance to learn and discover. 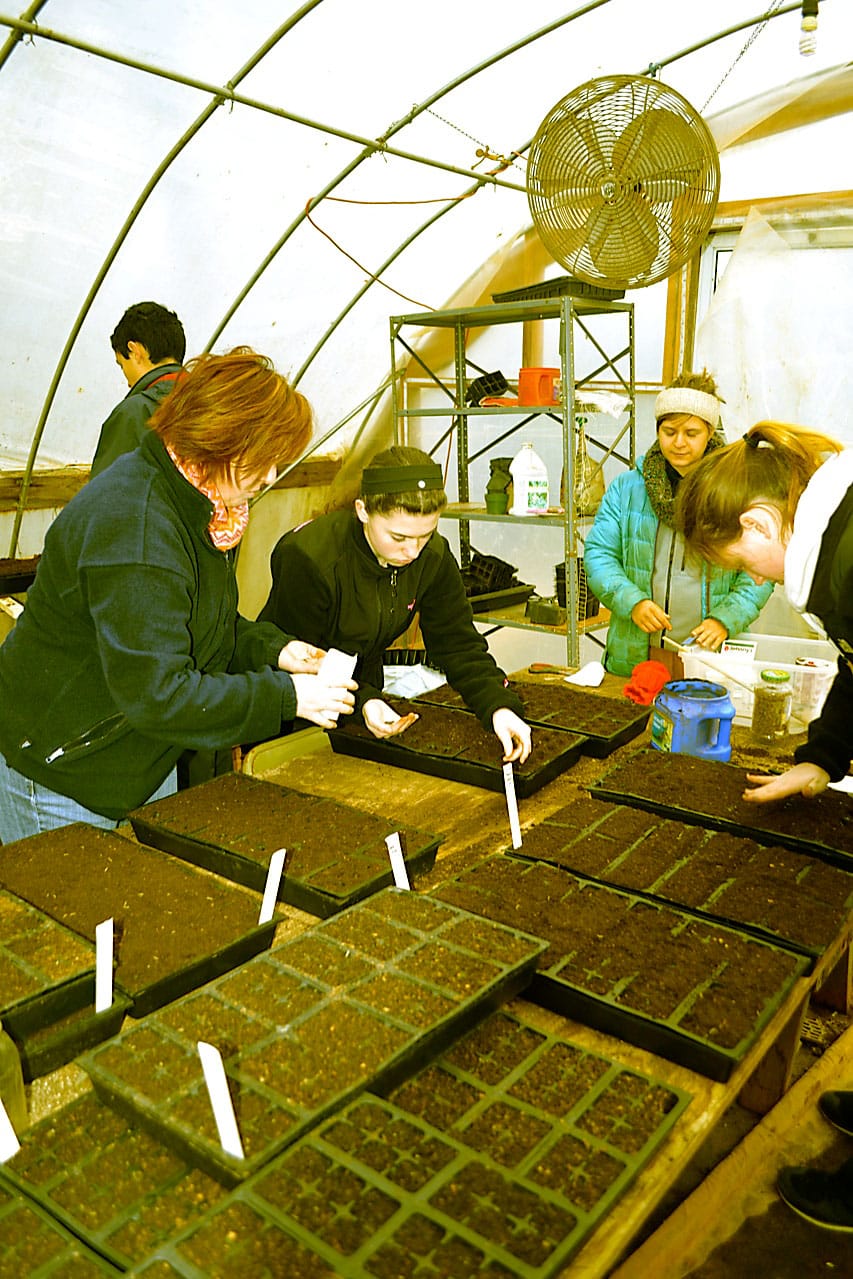 Planting seeds in the greenhouse.

Day at the Plant Part 1

Ladies and Gentlemen, gather around as I tell you the mystical story of how the kids finally got off their phones (I know how crazy that sounds) and got down and dirty. When we first arrived, they were given a questionnaire about farming, and all your kids only answered with something about corn. They later found out that North Carolina is corn deficient. I have never seen kids more disappointed.

After that, they took a tour of the farm and were split into three groups. One was to help cook, one helped plant seeds, and the other helped harvest crops. We had to force them to eat their vegetables, but they ended up enjoying them so much that Briana’ s stomach started to hurt.

We then sat around a bonfire and talked with a Spiritual Guide about what they inspire to be and what they want to change in life. They also got to play with his dog who at first seemed nice and next almost bit your hand off. You can ask Cameron about that.

We later had them write their goals on pieces of paper, stick them in pine cones, and throw them into the fire. If only we knew that if you let pine cones sit in fire they explode. I’m not kidding the pieces tore through the kid’s paper.

Keith flew back and fell into a tiny cactus. Don’t worry he’s fine. After that they learned about the bee keeping business and how bees affect the environment around us. After the long day we went out to dinner and had an ice cream party our hotel rooms. Sorry parents it was invite only.

On an ending note I would say today was an overall success and we can’t wait to go back tomorrow! 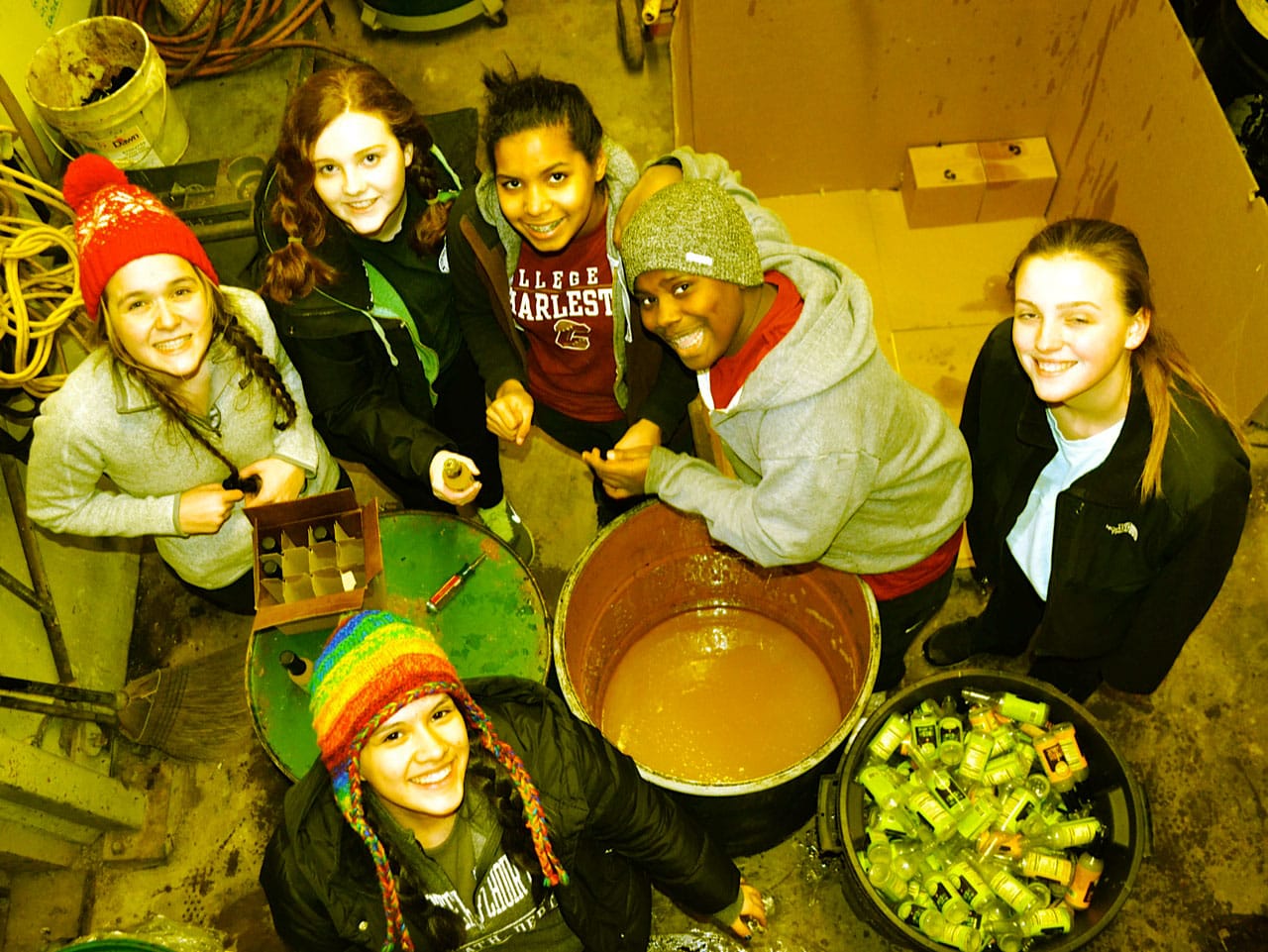 Keeping warm by a vat of biodiesel. 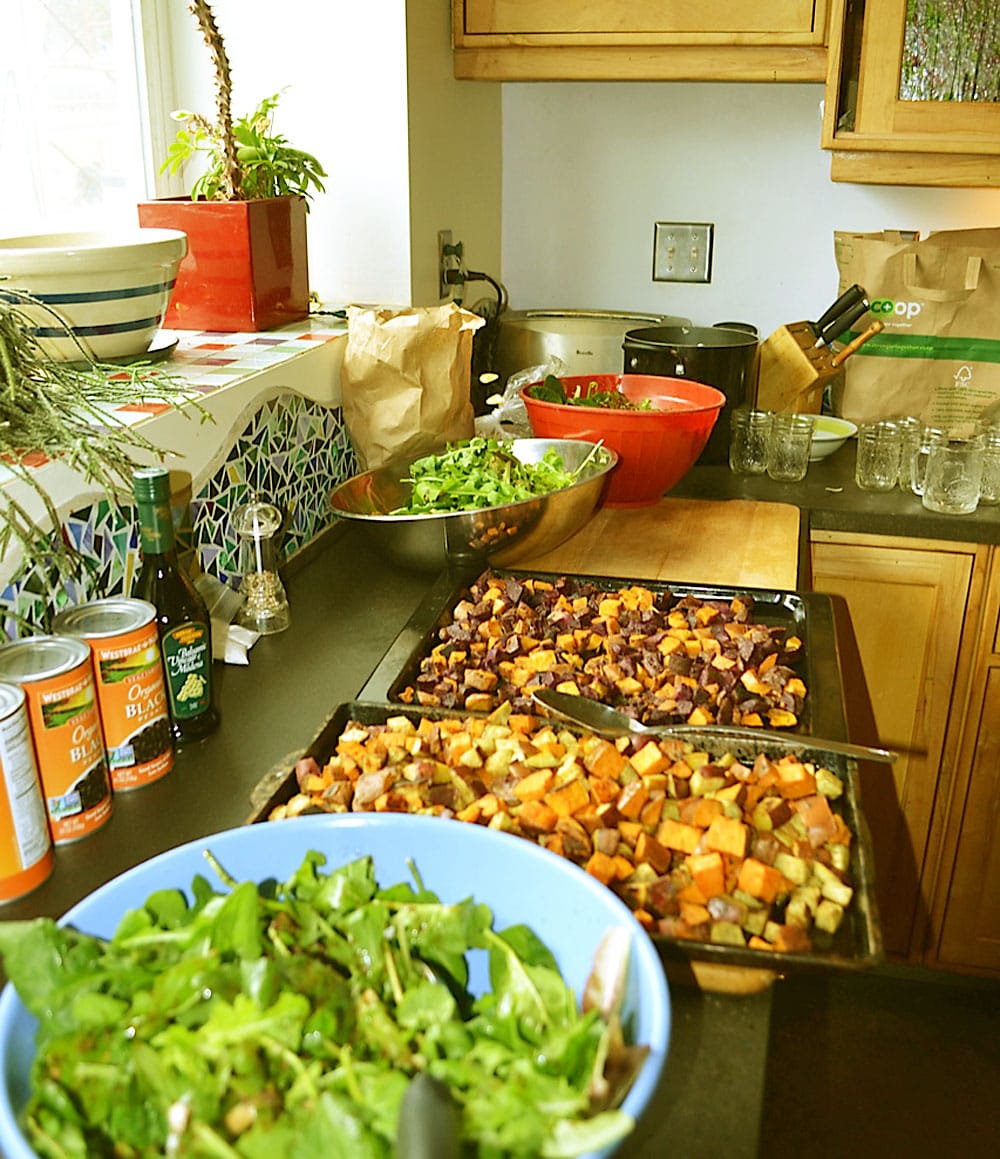 Lunch on its way into the oven. 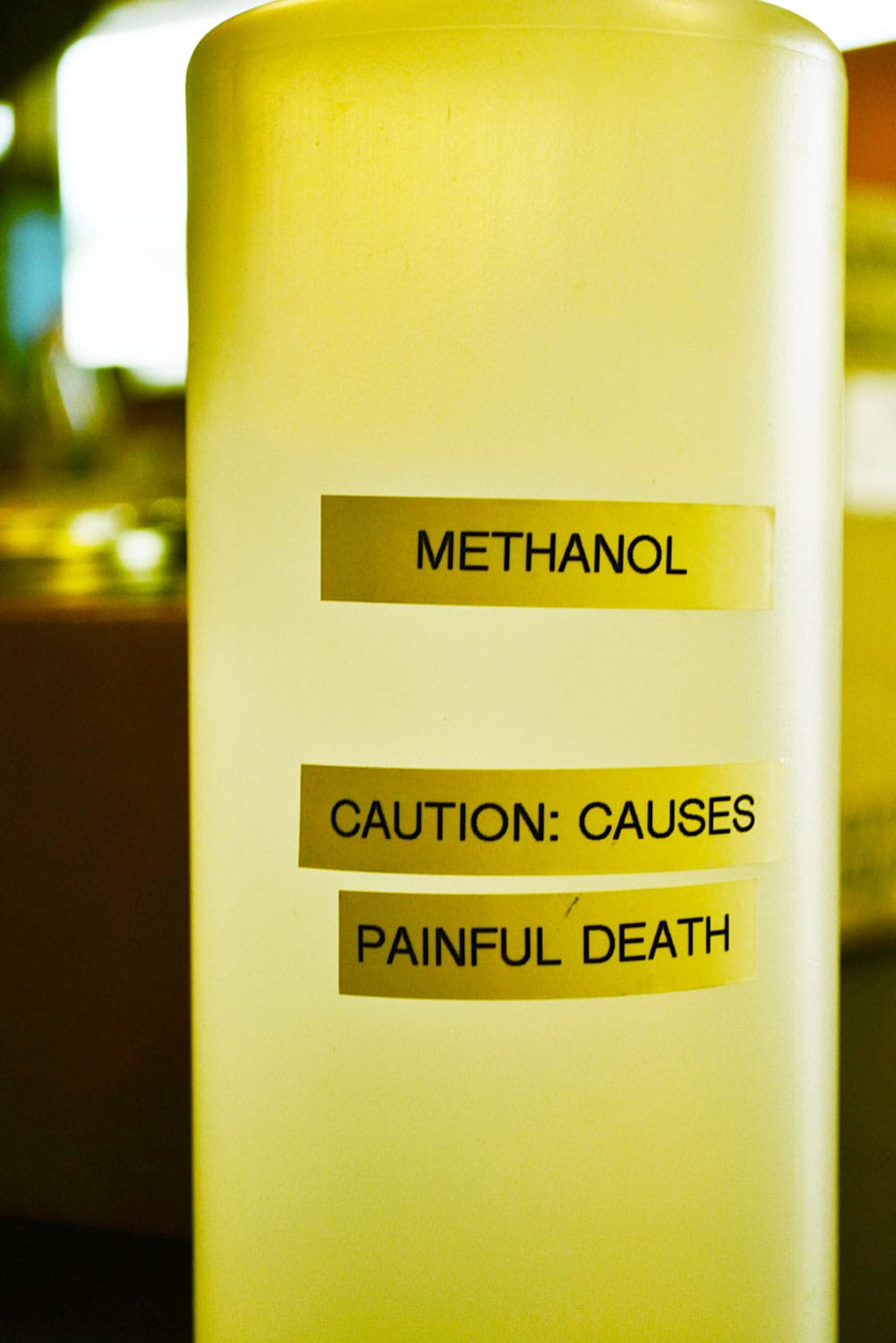 Methanol, an ingredient in biofuels production.